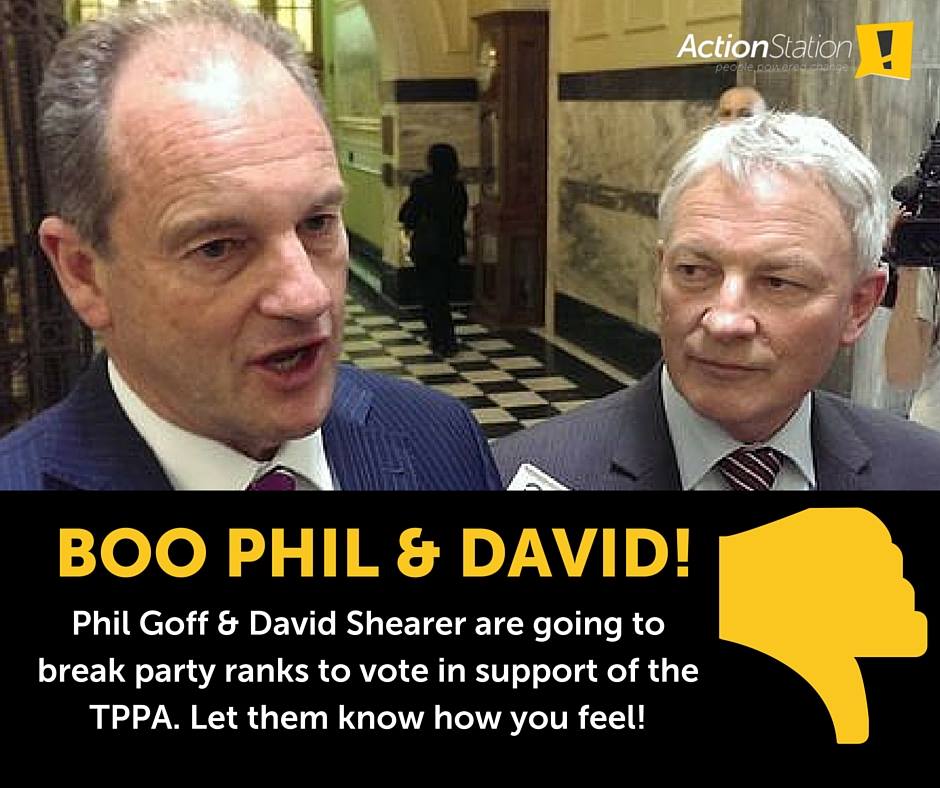 There have been a couple of times where Action Station have jumped on an issue in a way that I don’t think is particularly conducive to a positive outcome.

One of those times is now with their desire to create a social media pile on Goff and Shearer for supporting TPPA. 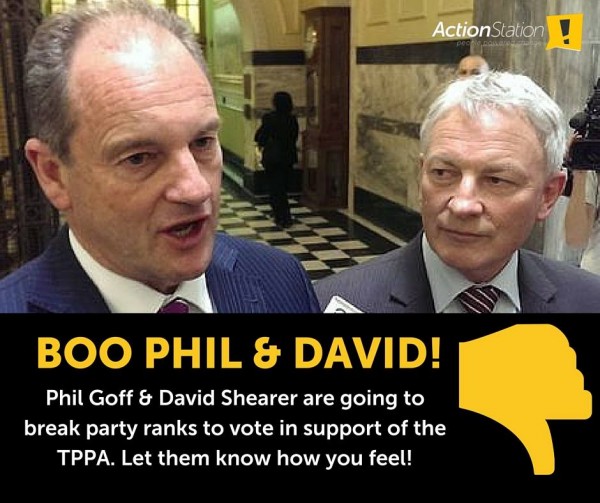 Now I love a political blood letting as much as the next blogger, but Goff has already signed his right to stomp around the sandpit on this issue off with the Labour Caucus earlier this week. Phil is a well respected member of Caucus, he just happens to be wrong on the TPPA. He needs Labour and Union activists mid year to win the Auckland Mayoralty so his huff may be short lived.

Shearer on the other hand is left holding the leadership of the right wing faction and is trying to mount a last stand with no one else standing around him.

The decision by Little to rule the TPPA out is a power move by him. It shows he has the dominance of Caucus and it is Andrew Little’s Labour Party not the old neoliberals never die Labour Party. None of the other right wing members of Labour have supported Shearer or Goff, so this revolt is more huff and puff than genuine challenge to Little.

Rather than playing into the right narrative of Labour being split, we should celebrate Little’s strength and allow these two old war horses the dignity to strut around the paddock for a last hurrah while Labour realign. Sending a social media pile on by Action Station is the surest way to make those two politicians feel maligned and  resentful and far more likely to do more damage.

Sometimes all the Left are capable of doing is alienating other members of the Left. 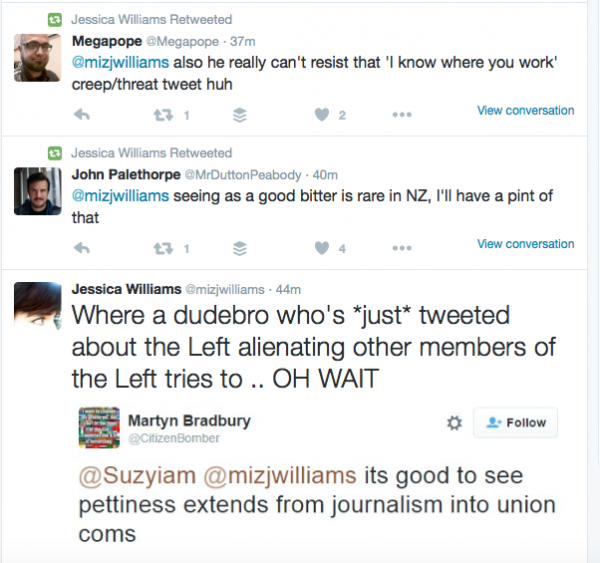 …just remarkable. Like I said, the Left are amazingly skilled at alienating other members of the Left, a social media hate pile on attacking Goff and Shearer is probably very counter productive.