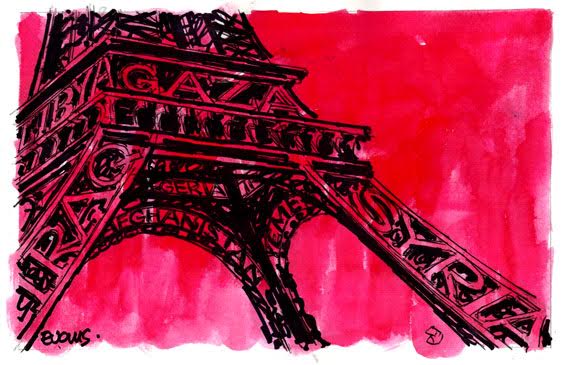 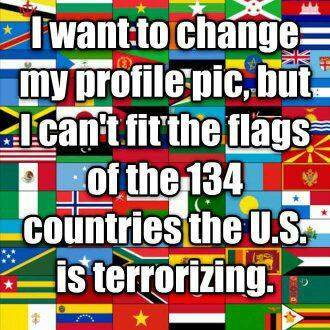 Let’s get this straight. Most of the leaders in ISIS are former Iraqi Officers angered by the invasion of the US for weapons of mass destruction that didn’t exist and ISIS are funded by the Saudis and other American CIA client Gulf states but the barbarity in Paris is the fault of Islam?

The attack on Paris was an attack on modern culture committed by medieval fascists who are to Islam what KKK is to Christianity – war can’t solve that.

You eliminate terrorism when you eliminate the righteous grievances recruiters use to target alienated youth – every bomb we drop on the Middle East creates a new terrorist. 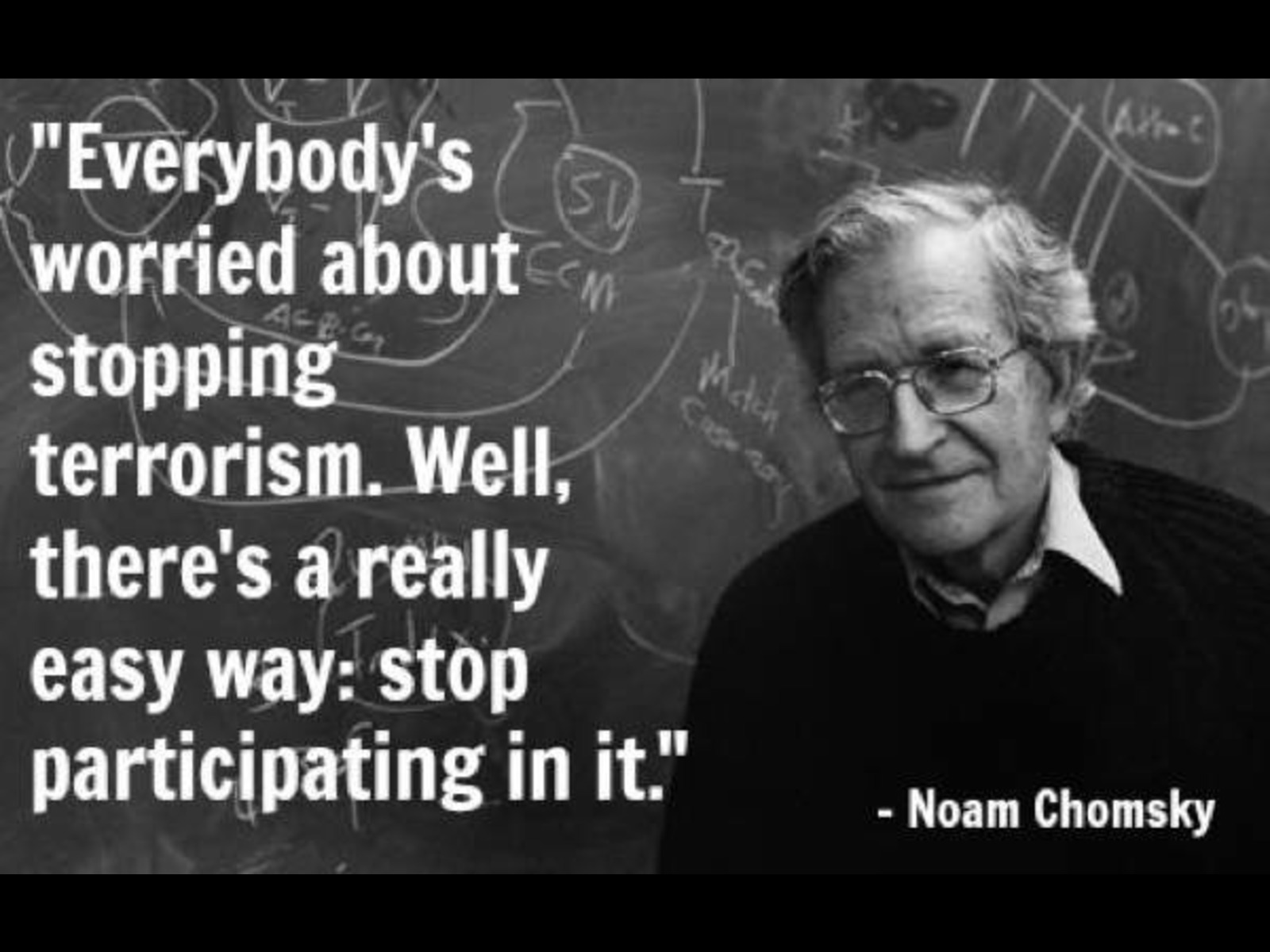 While crypto-racists like Cameron Slater are almost gleeful at the murder and barbarity in Paris and right wing extremists attempt to whip anti-Muslim sentiment up, perhaps we need to ask why people are driven to these types of extremism rather than feed it?

We never ask ‘why’ these people lash out at us. We never ask what it is that makes them want to hate us with such passion they are prepared to commit savagery upon us and ultimately kill themselves.

We don’t ask these questions because it is far easier to paint those who perpetrate such action as simply ‘evil’. While there is much about ISIS that is ‘evil’ – such simplification does nothing to understand the why.

Alienation mixed with righteous grievance at the manner in which the West molests and perverts any true democratic forces in the Middle East lie at the heart of radical recruitment.

How did ISIS manage to be created in the first place? Glenn Greenwald is devastating in his critique…

The origins of ISIS are not even in dispute. TheWashington Post put it simply: “almost all of the leaders of the Islamic State are former Iraqi officers, including the members of its shadowy military and security committees, and the majority of its emirs and princes.” Even Tony Blair — Tony Blair — admits that there’d be no ISIS without the invasion of Iraq: “‘I think there are elements of truth in that,’ he said when asked whether the Iraq invasion had been the ‘principal cause’ of the rise of ISIS.” As The New Yorker’s John Cassidy put it in August:

By destroying the Iraqi state and setting off reverberations across the region that, ultimately, led to a civil war in Syria, the 2003 invasion created the conditions in which a movement like ISIS could thrive. And, by turning public opinion in the United States and other Western countries against anything that even suggests a prolonged military involvement in the Middle East, the war effectively precluded the possibility of a large-scale multinational effort to smash the self-styled caliphate.

Then there’s the related question of how ISIS has become so well-armed and powerful. There are many causes, but a leading one is the role played by the U.S. and its “allies in the region” (i.e., Gulf tyrannies) in arming them, unwittingly or (in the case of its “allies in the region”) otherwise, by dumping weapons and money into the region with little regard to where they go (even U.S. officials openly acknowledge that their own allies have funded ISIS). But the U.S.’s own once-secret documents strongly suggest U.S. complicity as well, albeit inadvertent, in the rise of ISIS, as powerfully demonstrated by this extraordinary four-minute clip of Al Jazeera’s Mehdi Hasan with Gen. Michael Flynn, former head of the Defense Intelligence Agency:

The ISIS abomination is a direct plaything for regional powers like Saudi Arabia with American backing to counter Iranian regional powers backed by Russia. It’s a proxy war with all the Machiavellian morality of Game of Thrones mixed with House of Cards.

We stop this when the West stops backing repressive regimes for oil geopolitics. The likelihood of that however is nil to slim. Radical Islam is a response, misunderstanding that for simply ‘evil’ means we’ll never acknowledge our own economic vested interests in continuing with the righteous grievances which keep the recruiters so busy.

You want ISIS to stop – get the Saudi’s to stop funding them.

You want to end global terrorism – stop America from invading other countries under false pretences that create the vacuums for this radicalism to flourish.

You want Muslims to stop having a reason to attack the West – force Israel into accepting a two state solution and stop the occupation in Palestine.
I’m not defending medieval fanatics causing violence against a modernity they despise, I’m saying there is a reason these things happen and if we don’t understand the reason, we will never find peace.