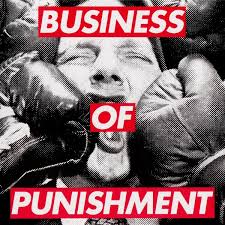 One of the joys of getting older is that things you saw first time around that was madness pops up again further down the river of time and you are given a quick reminder of just how damaged NZ was.

One such moment occurred for me this week within this story…

According to leaked documents, Site Emergency Response Teams (SERT) will provide a rapid response to threats that could escalate into more serious incidents.

They will carry out raids looking for weapons, drugs and other contraband, including cigarettes and cellphones.

A SERT pilot began at Spring Hill Corrections Facility in Waikato in April. It was set up in response to an inquiry into a riot at the prison in 2013, which recommended the introduction of round the clock immediate response teams at “campus-style sites”.

The trial was successful and further teams are being established at three other prisons, including Auckland Men’s, Christchurch Men’s and Rimutaka. The size of each team will vary from site to site, based on the prison’s size, physical makeup and inmate population.

The Department of Corrections has revealed few details about the specialist teams until now. It only made brief reference to them in its most recent annual report. Staff are being recruited internally.

There are concerns the teams have a similar mandate to the Emergency Response Unit, dubbed the “goon squad“, which operated out of Canterbury and was disbanded in June 2000 amid complaints of bullying inmates and aggressive treatment of members.

New Zealand First MP Ron Mark pushed for a State Services Commission inquiry, which highlighted how the controversial squad was abysmally managed and became a law unto itself during its year-long reign.

On Monday, Mark said: “I hope we’re not seeing goon squad two on the back of the appalling activities of goon squad one.”

He acknowledged that the leadership at Corrections had changed significantly in the past decade and prisons needed a means of maintaining and restoring order.

Let me tell you about the Goon Squad and just how damaged NZs response to prisoners had become.

Yep. That’s what they believed. So believing that a white supremacist uprising was set to occur, Corrections green lighted the creation of an over the top macho pumped up response team nicknamed the ‘Goon Squad’.

Rituals by staff members of the group included stapling their testicles to a table. Yes, you read that right, an initiation ritual was to staple your testicles to the table to show how tough one was.

I don’t remember seeing that in the PSA handbook!

One would imagine OSH would have much to say about it these days.

Don’t think this can get worse? Oh it does.

In an infamous drill at Christchurch prison where the Goon Squad marched into the prison at night using ultra aggressive and hostile tactics, they ‘accidentally’ killed a prisoner in a choke lock.

Once this all got out to the public, heads rolled and the entire program was shut down. The suggestion in the news article above is that staff who were part of the Goon Squad may be operating this one.

I’ve always felt that the abuse of power  that occurred under the Goon Squad should be made into a movie. So often our art and culture turns away from the abuses of power and social injustice unfolding before our eyes which creates a cultural blindspot to our own failings as a society.

If we don’t learn the mistakes of the past we are doomed to repeat them.