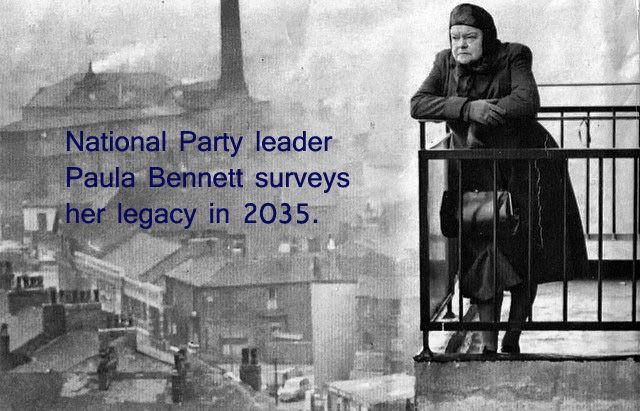 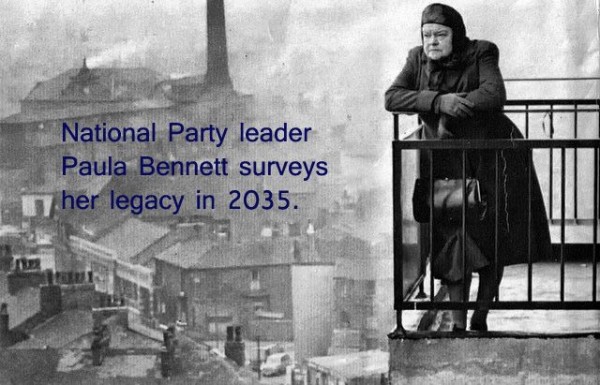 And the real ideas behind National’s sudden caring about children in CYFS starts to seep out.

Removing children from their culture and sterilisation.

Let that sink in for a moment.

State may try to stop some families having more children

Some families who have come to the attention of authorities may be stopped from having more children by the Government.
…
Tolley acknowledged it would be a “huge step” for the state to start telling people that they could not have another child, but said it was “a conversation that New Zealanders, perhaps, need to have”.
…
Tolley did not rule out limiting or preventing some families from having another child, but said she would wait to see what the panel recommended in December. …

…let’s get this completely straight shall we? The solution to CYFS appalling physical and sexual abuse of children in State care isn’t properly funding frontline social workers to have the downstream resources that can make a difference in these children’s lives, oh no, the solution is to remove them from their cultural environment and impose sterilisation programs via privatised outsourced companies?

Are we actually listening to what Tolley is saying here – the solution to kids being violently and sexually abused in State care is to stop poor people having the kids in the first place???

Disbelief is the only response one can feel towards such draconian measures.

Remember the Nanny State? Remember when it was PC madness gone mad when the State stepped into people’s lives and suggested water saving shower heads and power saving lightbulbs? Remember how it was the end of Western Civilisation when Helen Clark backed law that would close a loophole that kept allowing parents who had bashed their kids to get out of Court free if they used the ‘discipline’ defence?

How in Christ’s name could all that be Nanny State yet the idea of the Government stopping people from having children and removing children from their cultural background isn’t Nanny State?

When it’s power saving light bulbs, water saving shower heads and stopping abusive parents getting away with assaulting their kids that’s Nanny State gone wild,  but when it’s poor people on sterilisation programs it’s all fine is it? No unacceptable intervention of the State there?

If you want to prevent poorly equipped people from having children you increase sex education in those areas, we can’t even hand out condoms for free at schools without an up roar, yet we are seriously considering sterilisation programs for the poor?

The problem of children being sexually and violently abused in CYFS care is a problem of poorly resourced downstream services, you don’t solve that by taking children away from their culture or sterilisation programs.

The issue for CYFS is that they are not resourced well enough to find appropriate whanau when they are taking a child out of a family, that doesn’t mean keeping children within a cultural environment they are familiar with is wrong.

National are trying this on because they know their chunk of voters believe in ‘breeding for business‘, this is a sick way to generate a debate about children being abused in State care.

How far we seem to have fallen as an educated country in only 7 years under National. This is casual fascism at its most extreme. Middle NZ will go along with anything now – mass surveillance, the PMs Office colluding with the SIS to smear Phil Goff before the 2011 election, climate change denial, dirty politics, the TPPA, privatisation of social houses and sterilisation programs for the poor as long as their property values continue to rise.

This is surely our lowest hour.