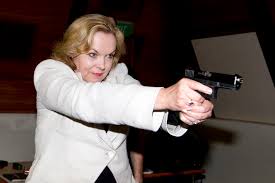 Our authority worship culture where NZers never fault the police has deep roots. I’ve always suspected settlers turned a blind eye to the violence meted out to unruly natives by the mounted constabulary because of the deep seated guilt at stealing Maori land in the first place. This cultural chip on our collective shoulders has remained with us and we continue to remain wilfully ignorant to the abuse of power Police in this country perpetrate.

Judith Collins ridiculous defence of the Police over the Red Devils case is nothing short of police state fascism. She’s claiming that it’s okay for the Police to break the law and attempt to manipulate and deceive the Courts because the targets were bad guys.

No one likes organised crime and we should do all we can to minimise them, but to green light the cops breaking laws and making a mockery of the justice system is about as much of an answer to the problem as amputation is to the common cold.

Jarrod Gilbert’s brilliant take down of Collins yesterday is a must read for every sleepy hobbit who gives the Police the benefit of the doubt every time.

We need strong oversight of the Police so that they don’t become a law unto themselves – that’s a basic necessity of a democracy. That we are so willing as a culture to give the Police vast unchecked surveillance powers and believe everything they say highlights what a juvenile country we still really are.

Nothing will sadly change until white middle class kids get treated with the same brutality poor brown teenagers do. That’s the NZ we live in now.