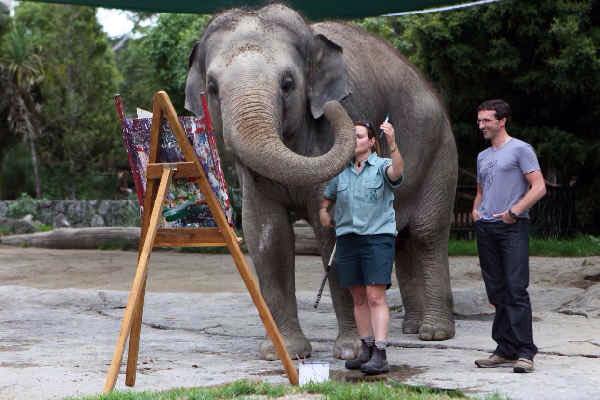 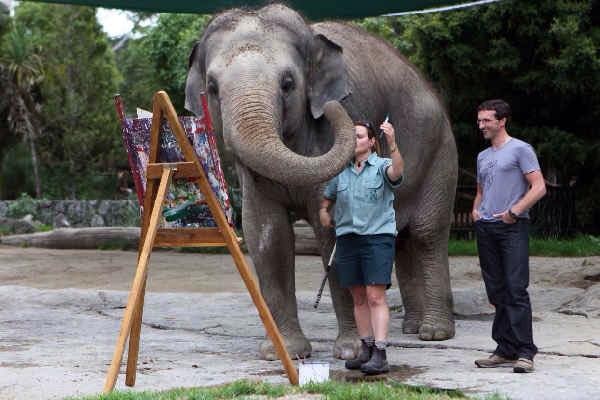 This is so exciting! OMG! Why are these buttons so small? Oh Hai, it’s me, Burma; Auckland’s only “A” list, Asian Elephant.

LOL It’s not like there’s more than one Burma! What an awesome day. The monkeys “found” an iPad, and they are helping me set up this blog, a Facebook page, and even hooked me up on Twitter.

I really don’t understand Twitter but the monkeys said I would be a natural and would be getting followed by millions of trolls in no time. So now you can follow me @ZoosBiggestTwit. Shout out to all the monkeys, love you sooooo much. Kashim always said not to trust the monkeys, but they are just being so kind and sooo helpful!

I miss Kashim soooo much. He was really wise but he didn’t really understand marketing or branding or he could have been like so much more famous. Sometimes he could get a bit cross, I always thought he was one of those elephants that could totally have gone rogue.

He had the best voice though! He sounded just like Morgan Freeman, you know the old President of Africa who went to jail so everyone could play rugby. I’m not sure but I think he might be dead too, like Kashim. Up in the Big Zoo in the Sky.

OMG! Have you heard about the new elephants? So exciting! Now I know some people think it’s wrong to bring in other elephants just to keep me company, and I totally get where they are coming from, I mean why waste money on more elephants when you have me, Burma! What a waste, right? But then I heard that they would be like young elephants especially selected not to upstage me, and I started thinking, hey how cool! We could be just like the Kardashians. You know, I would be like the Kim one, with my two not so attractive, or famous sisters. I am soooo thinking I could even change my name, to like Kimbo, and then they could have other K names, like Karma and Kandy. OMG! I could launch a fragrance; I could call it “Unforgettable.”

Some people, not fans, are saying it is wrong to have animals in zoos? I don’t get it? Like where would I live, if I didn’t live here? I mean as it stands obviously I’m going to need to renovate and expand my place. I’ve heard people talking about some kind of crises with housing, but there’s plenty of room for me. Anyway, the further they move me away from those damn Mere Cats the better. Honestly they come here, all hang out together, refuse to mix and don’t even learn the language and they breed like rabbits. Always at it. Living off the money I pull in.

I don’t understand why some people have an issue with zoos though. I mean seriously, it’s like PC gone mad. I don’t know why people don’t just catch all the animals and put them all in zoos, that way you could just keep the stars like me, and not have to go into the wild to see animals at all. Like in China, right, where they have captured almost all the Pandas and they keep them in a big 5 star zoo, and they have individual nurses, and they are on telly all the time. They even have a private jet, and they fly them around the world and everything. Whatever! Panda’s, what’s that all about? I can’t believe they are still a thing. They just lie around, doing nothing and get famous for it. I mean I have talent! I paint! Follow me, @ZoosBiggestTwit and….. Don’t forget, because I won’t! (That is soooo going to be like my signature sign off. I’m going to be bigger and on more platforms than Paul Henry!)