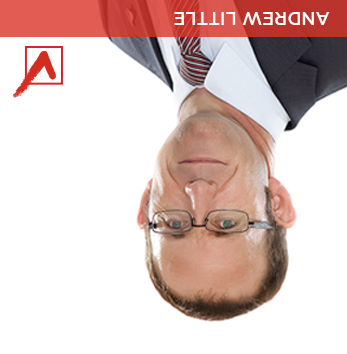 Readers of this blog will know I’ve often written with strong criticism of the Labour Party leadership with their religious adherence to neo-liberalism, lack of vision and failure to promote anything other than National-lite policies.

Now I find myself at it again because the last couple of weeks have left me shaking my head in disbelief at their sheer hopelessness.

It’s not Andrew Little’s stumbles over transgender issues or means-testing superannuation – although both were eye-rollingly stupid. All politicians will stumble and Labour can expect the right-wing media to give them a much harder time than the free ride given to the Key government.

It’s more fundamental questions of policy that cause my angst.

Take capital gains tax for example. For decades the Labour leadership refused to consider a CGT but finally adopted it for the 2011 election campaign to bring New Zealand into line with countries like Australia and the US. The policy was abandoned by Andrew Little who cited it as one of the reasons Labour lost the 2014 election. Six months on and National has outflanked Labour on the left with a CGT on properties sold within two years of purchase. Labour was left high and dry – gasping for political oxygen.

Increasing benefit payments is another. Labour had nine long years to address child poverty but never addressed the key fundamental – increase the income of the families with children living in poverty. Working for Families made a significant difference for people in work but specifically excluded families on benefits so that the lowest-income families and their children were left to struggle in poverty. To the Labour leadership’s shame in 2008 when the party was ousted from government it left a legacy of 175,000 children in poverty. And remember this was nine years of economic good times.

In last week’s budget Labour was outflanked on the left again with National’s decision to go where Labour feared to tread – increase benefit payments. Labour was again left gasping.

It’s true National’s move was cynical rather than well-meaning and would be eroded by other “bash the beneficiaries” initiatives in the budget. Struggling families will also have to wait until April next year for any increase while housing subsidy reductions will kick in well before but the point is that Labour has such a feeble policy response that beneficiaries may as well vote National.

I meet lots of great Labour Party members who retain their faith in the party or at least grasp the faint hope the Labour MPs from the 1980s will retire and let the party rejuvenate. However the likes of Phil Goff, Trevor Mallard, Annette King, Clayton Cosgrove, Ruth Dyson etc will be around for a long while yet and in the wake of the last election are in a stronger position in the Labour caucus to thwart any move back to progressive policies.

So while the mass of Labour Party members want a policy platform they can be proud of and campaign on with enthusiasm they are beaten every time by their 1980s MPs – the ones baptised in neoliberalism – who inhabit safe Labour seats and are a larger proportion of a diminishing caucus.