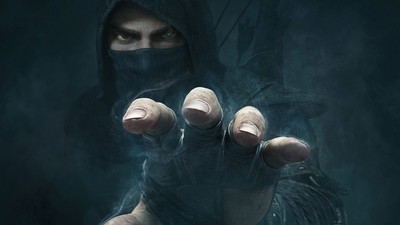 AT THE CORE of contemporary New Zealand politics lies a bitter argument about the nature and purpose of the state. Eighty years ago the Labour Party radically changed the shape and responsibilities of the New Zealand State, setting in place a legal and institutional framework that endured, largely unchanged, until the mid-1980s. Between 1985 and 1995, however, both the Labour and National parties embarked on an historic mission to both re-shape and re-purpose the New Zealand State.

In this they were only partially successful. Much of the First Labour Government’s “Welfare State” remains in place. Health and education retain their fundamentally public character. Sixty thousand “State Houses” and their tenants continue to call the state their landlord. And, twenty-five years of privatisation notwithstanding, much of New Zealand’s key infrastructure: the railways, an airline, energy generation and transmission; remain either wholly or partially in government hands.

The Right is impatient to complete the neoliberalisation of the New Zealand State. The Left, however, cannot make up its mind whether it should defend the institutions and achievements of the past (including those of the 1980s) or set about creating a new state – one fit for twenty-first century New Zealanders to live in. The National Party’s remarkable political success since 2008 is explained almost entirely by this left-wing indecision. If Labour and the Greens cannot agree, and quickly, upon a common forward path, then the neoliberal transformation of New Zealand will become an accomplished fact.

The completion of the neoliberal project will not, however, be undertaken honestly. Most New Zealanders, if asked, will reject the idea of privatised health and education – just as, when they were asked in the 1980s and 90s, they rejected the idea of privatising the Bank of New Zealand and NZ Post. In 2014, campaigning openly and honestly for its hard-line neoliberal programme, the Act Party attracted around 16,000 Party Votes nationwide – less than half of the Mana-Internet Party’s 34,000.

The extreme unpopularity of neoliberalism forces neoliberals to mask their true intentions behind a rhetoric that owes as much, if not more, to the Left than the Right. Charter Schools, for example, are sold to the public as the only effective means of raising the educational attainment levels of society’s most disadvantaged groups. A crude education-for-profit boondoggle is thereby represented in the most vivid left-wing hues: a radical solution to the problems caused by an indifferent, highly-bureaucratised state. After all, what could be more conducive to achieving social justice and freedom than empowering local communities to organise themselves out from under the overbearing, one-size-fits-all tutelage of the public education system?

And how does the Left respond? In just about every case, by championing the bureaucracy, standing behind the sector unions (whose symbiotic relationship with the bureaucracy is seldom acknowledged) and by condescendingly denying the capacity of poor and disadvantaged parents to recognise what is good for their children. The reaction of these parents – who are also voters – is readily imagined.

The sadly ironic fact about this all-too-effective political jiu-jitsu is that the Right borrowed it more-or-less holus-bolus from the radical reformers of the 1960s and 70s. Leftists from that era will readily recall the book Summerhill by A. S. Neill – which demanded the radical devolution of pedagogical power to the pupils themselves. Nor will left-wing Baby Boomers have forgotten the psychologist, R. D. Laing’s ruthless deconstruction of the bourgeois nuclear family (with all its attendant psychopathologies). In a society that was itself insane, argued Laing in The Politics of Experience and The Divided Self, those whom we label “mad” may actually be the most rational of us all.

In short, the intellectual leaders of the so-called “New Left” did not hesitate to identify the highly-centralised and deeply authoritarian institutions of the bureaucratic welfare state as prime targets for radical reform.

Not even the trade unions escaped the New Left’s revolutionary critique. The leaders of organised labour (who, in the United States, had come out in favour of the Vietnam War) were branded as collaborators and sell-outs, whose overweening power and influence needed to be redistributed downwards to the workers on the shop-floor.

If these themes still resonate politically, it is only because the New Left’s critiques of the post-war Welfare State were all-too-accurate. What began as a means of liberating working-class people from the “five giant evils” which had tyrannised them throughout the laissez-faire era: Want, Idleness, Ignorance, Squalor and Disease; had morphed into an equally overbearing overseer of the citizen’s social conduct. Rather than freeing working people from the ravages of capitalism, the Welfare State had only made them more fit for its purposes.

Near the end of Mike Leigh’s 2012 film The Spirit of ’45 a number of the contributors draw attention to “the worm in the bud” of the Labour Party’s radical 1945 programme. Its weakness, as they saw it, lay in the fact that the nationalised industries were to be run “for and on behalf of” – but not by – the people. Stripped of their potent symbolism, Labour’s changes amounted to little more than replacing the competing (and, therefore, highly inefficient and often dangerous) hierarchies and bureaucracies of the private sector with a smaller number of new hierarchies and bureaucracies operated by the state. In the immortal words of The Who’s Won’t Get Fooled Again: “Meet the new boss – same as the old boss.”

The extraordinary success of the neoliberals’ wholesale appropriation of the New Left’s rhetoric against highly centralised, authoritarian bureaucracies – especially those operated by the state – can only be countered by a Left that’s prepared to re-appropriate and intelligently advance its pilfered political programme. By once again promoting devolution as a general political principle, left-wing parties would immediately expose the falsity of the neoliberals’ position. The advocacy of genuine “consumer rights” in our schools, universities, hospitals, shops, offices and factories would alert people to their true position in both the private and public bureaucracies of contemporary capitalism.

Those who object that the Labour Party would never embrace such a radical strategy have obviously never heard of the devolutionary and worker empowerment initiatives of the Fourth Labour Government. The Regional Employment and Access Councils (REACs) which operated on a tripartite basis – i.e. their members were drawn equally from employers, unions and community organisations – would have intervened even more successfully in the labour market had they been required to operate with just a little more transparency and accountability. The Trade Union Education Authority, generously funded to equip union delegates with the skills necessary to be effective workplace advocates, was another successful initiative of the Fourth Labour Government. (The Rogernomes didn’t have it all their own way!)

Today, of course, we have Whanau Ora. Conceived by Tariana Turia as a means of empowering Maori families to avail themselves directly of the services and resources traditionally provided piecemeal through the numerous separate agencies of the Welfare State, this Maori Party initiative is probably the most radical exercise in devolution ever sanctioned by the New Zealand State. In spite of Whanau Ora coming in for considerable criticism (much of it entirely justified) the programme should not be rejected out-of-hand by the Left. With full transparency and accountability built into its processes, this initiative could yet furnish New Zealand’s progressive community with a whole new model for “consumer” empowerment.

Yes, a state in which initiatives like Whanau Ora can flourish will look very different from the state created by Labour in the 1930s. But the Left must not be afraid to both re-imagine and re-purpose the sort of institutional structures needed to deliver a better life for working people in the twenty-first century. The neoliberals have already proved the rhetorical and political potency of the proposition that people should be allowed to manage their own affairs. In doing so, however, they first paid the Left the enormous compliment of stealing its best ideas. It is now the Left’s urgent duty to steal them back.