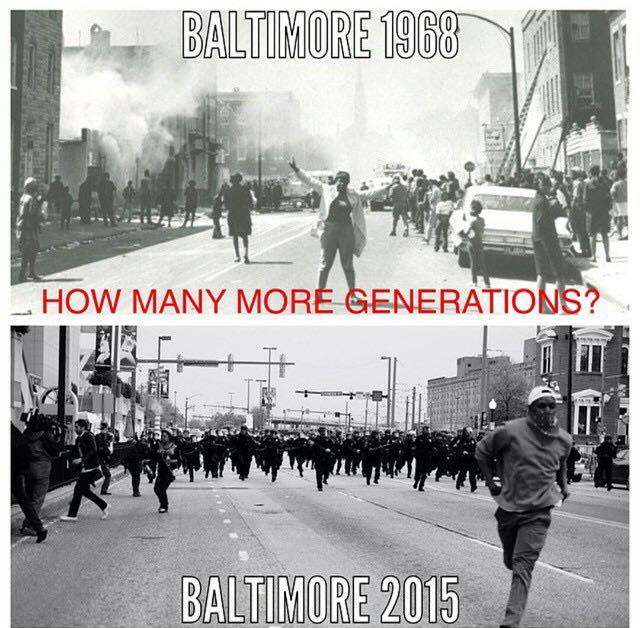 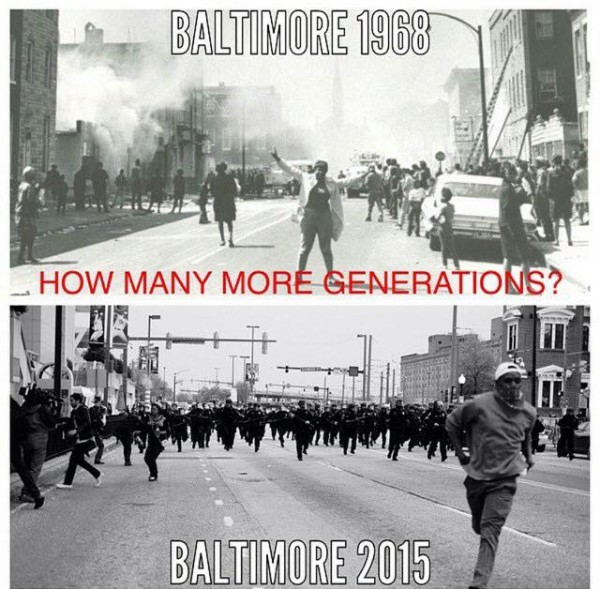 Looting is an expression of blind rage – I judge what inspired the looting far more harshly than the looting itself.

People are rioting in Baltimore because they are furious. America has a Police force that is utterly out of control. Their self important belief that might equals right has led to a militarisation of a domestic police force with all the same arrogance as an occupying  Army.

Riots are a symptom.