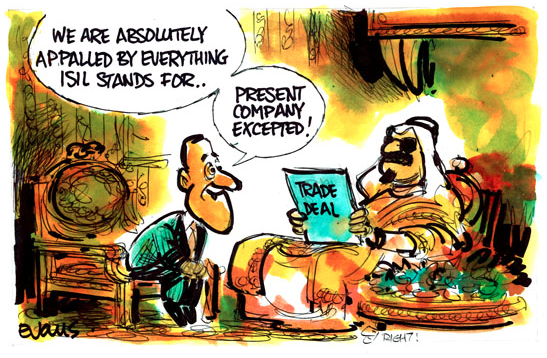 So while in transit to a country as abusive and oppressive as Saudi Arabia, Key feels he can tell Dubai media that our troops are moving through their country BUT not tell the NZ Media?

How come the people of Dubai can be told about our troops movements by the PM, yet he won’t tell us, the NZ people who elected him and in whose name he is going to war, anything about our troop movements?

Seeing as it’s our kin we are sending into harms way in a pointless war that we can’t win, shouldn’t we be told first?

If you want a true voyage into madness – read this surreal dialogue between Key and the Prince.

In a  hundred years, ANZAC Day has never looked so hollow.