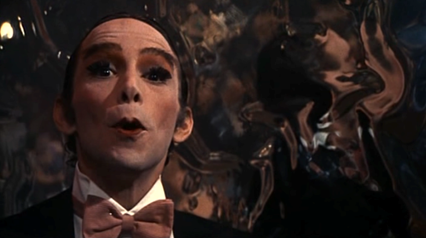 RIDICULOUS I KNOW, but I just couldn’t help it. As I looked around Laila Harré’s Ika restaurant last night, I kept thinking, Weimar 1931.

Perhaps it was the cause. In collaboration with the Coalition for Better Broadcasting, The Daily Blog, and her own (and husband Barry Gribben’s) latest venture, Harré had called together a panel discussion on the future of Campbell Live. Looking around the restaurant I momentarily entertained the gruesome thought that one well-placed bomb could have wiped out the cream of the Auckland Left (plus Bill Ralston and Fran O’Sullivan!)

Not that we’ve come to that – not yet. But, by 1931, the Weimar Republic was definitely faltering. So, no, not yet. But there is, indisputably, a worrying sense that the forces of the Right are manoeuvring, and with an ever-increasing disregard for appearances. To wit, the impending demise of Campbell Live.

The thing about a good puppet show is that you either can’t see, or are artfully distracted from seeing, the strings. It’s when the strings themselves become more interesting than the puppets they’re attached to, that it’s time to get worried.

And that time has come – which is why as I sat there in Ika (formerly the Neapolitan eatery Sarracino, formerly the chapel of Tongue’s the undertakers!) watching present and former MPs, trade unionists, left- and right-wing journalists, all shaking hands and exchanging gossip, the setting slowly morphed into the Kit-Kat Club from Bob Fosse’s classic movie, Cabaret.

And up there on the stage, playing the role made famous by Joel Grey was our emcee, Wallace Chapman. And the floor-show, Ika’s Cabaret Band, if you will, were (from right to left) Fran O’Sullivan, Bill Ralston, Simon Wilson and Phoebe Fletcher.

Together, they discussed and dissected the decision to hang the sword of Damocles above the marvellous Mr Campbell’s current-affairs half-hour. All good stuff, and the punters lapped it up (along with their whole gurnards and snappers, expertly seasoned, and kept warm with the most fashionable vegetables).

But outside in the dark, where the unseasonable weather was turning Mt Eden Road into an icy wind-tunnel, a very different New Zealand was settling in for a very different evening’s entertainment. Kicked off by the languid musings of TVNZ’s Mike Hoskings, and then flicking across to Ms Julie Christie’s X-Factor or The Batchelor, the Americans’ NCIS or CSI, or any of the fifty or so other channels beamed into their living rooms by Sky TV’s mighty satellite. Their thoughts and feelings so far from those of these left-wing luvvies that they might just as well have been living on another planet.

Hence the ominous analogy with the doomed Weimar Republic. In the nite-clubs of Berlin’s demi-monde the clever and artistic lamented what was happening in the streets outside. The running battles between the forces of the Left and the Right. The strategic re-positioning of big business as the economy tanked and politics turned sour. And, most of all, the looming presence of a man who seemed almost umbilically joined to all the little people living in all the little houses where democracy was fast becoming a dirty word.