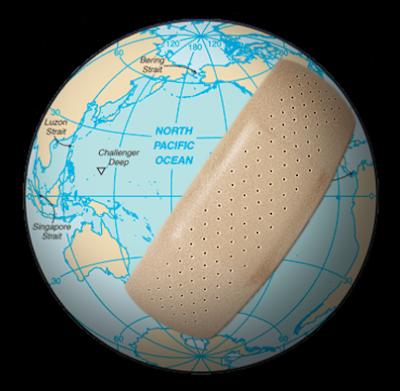 Prior to last year’s election, I posted a piece on New Zealand’s appallingly low level of foreign aid expenditure and the fact that few mainstream parties showed any interest in reversing this trend. Quite simply, it was just not an election issue.

If parties had shown interest in the issue, chances are it would have been a vote loser. Public confidence in foreign aid is at an all-time low, based on a combination of cynicism, austerity and the bizarre notion that some people in the West are as badly off as in the developing world. New Zealand is in with familiar company, though, when it comes to this issue. Most other countries who we like to compare ourselves/suck up to do pretty poorly as well. Indeed, instead of boosting aid budgets, as I believe our government should, New Zealand’s closest mates in the global village have been slashing them. Canada has cut its aid budget from 0.32% of Gross National Income in 2012 to 0.27% in 2013. In Australia, Tony Abbott has ushered in cuts, which will see Australia’s aid budget fall to just 0.22% of GNI by 2017. This puts them well below New Zealand (0.26%) and in serious danger of overtaking the United States (0.19%) as the least generous foreign aid donor within the Five Eyes club. France recently also slashed its aid budget by around 10% and even traditionally high aid spenders such as Belgium and the Netherlands have initiated major cuts.

Bucking this trend in a big way, though, is the United Kingdom, which earlier this week passed a law committing the government to an annual foreign aid allocation of 0.7% GNI; the UN spending target to which all developed countries pledged to meet back in 1970. The new law will not have a dramatic effect on government spending, because the UK’s annual aid has been rising towards that level for several years; a remarkable fact when you consider the Tory Government’s overwhelming commitment to austerity.

Politics isn’t the motivation here because the issue is simply not a vote winner. Indeed, so close to an election in which all parties fear the loss of votes to the obnoxious UK Independence Party, this move could be seen as an act of political daring (too bold for most Conservative MPs who voted against what was a private member’s bill). No doubt, some politicians have supported the move on humanitarian grounds. But, the primary reason for the British government’s commitment to this issue can only be explained on the grounds that it is good for Britain.

Alongside praise for Britain’s new foreign aid law has come immediate criticism for its failures on other global development issues, notably climate change. Such criticisms are valid; rich country governments need to take holistic approaches to developing world issues and the setting of simple aid budget targets has been justifiably criticized as an outdated concept. Aid programmes are, nonetheless, a big part of the development picture and they cannot run on good intentions alone. Where aid budgets are managed independently from foreign affairs (as they generally are in Europe, but sadly no longer in New Zealand, Canada or Australia), aid is also a way for governments to act decisively on global poverty issues, free from entanglement in other policy interests. So, whilst foreign aid is not a panacea, it is critical to addressing global poverty. This is in rich country’s interests; economy-wise, immigration-wise and at the top of everyone’s list of concerns these days – security-wise. Britain’s politicians can see that, why can’t New Zealand’s?