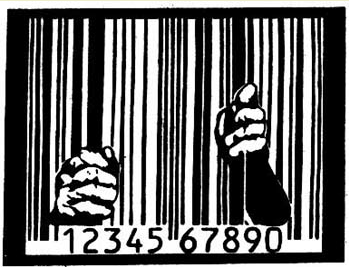 Aotearoa New Zealand is generally a great country to live in, overseas visitors unfailingly comment on how friendly and helpful the people are. There’s not many kiwis that go without the basic necessities of life – shelter, adequate clothing,  and food. We pride ourselves on giving everyone a ‘fair go’.

So what is it that causes the otherwise tolerant and generous society that is NZ to have such deep seated urge to punish?

Fot at least the past 20 years there seems to have been a race between politicians of all persuasions to see who can put the most people in prison for the longest time and once having got them there, who can make the already miserable enough lives of prisoners more miserable still. As a result we have the second highest imprisonment rate (behind only the United States) in the Western World – the countries we like to compare ourselves with.

While our politicians are winning the imprisonment stakes , they are losing on almost every other front that denotes a decent inclusive society – one where citizens who have far more than they need accept they have a social duty to assist less well off fellow citizens, especially our precious children who needlessly suffer in a relatively wealthy country because their parents are unable or unwilling to provide them with a good start in life.

There’s no doubt that since the disastrous ‘Rogernomics’ economic policies of the 80s, we have become a less caring, less generous , more greedy country. The John Key Government seems more concerned with looking after foreigners and overseas big business interests than those of its own citizens. A good example is the enormous sums of taxpayer dollars poured into wars in Iraq and Afghanistan  that have nothing to do with us but a refusal to spend a relatively trifling sum to ensure all school kids received a proper breakfast and/or lunch. John Key doesn’t seem to care that the American and British Tory businessmen he admires so much  by and large do provide free school meals for their children.

This week I was in the Auckland High Court up against a top legal counsel-Crown law (the Government’s lawyers) and John Key’s lawyers. Incidentally it was the first time a PM has been hauled before the Court on such charges.

Of course the usual screams from the right wing talkback hosts were forthcoming – principally strident demands to know why I was ‘getting legal aid’ etc etc. Well, I wasn’t getting legal aid, the case – which took 3 days sitting to nearly 6pm on Wednesday night – was an election petition. You can’t get legal aid, I handled the case entirely myself and the reason I’ve gone to so much trouble is to protect the integrity of our electoral system. I believe that it is fundamentally wrong for a Parliament whose sovereign law making power is justified on democratic grounds to destroy democracy by removing the vote from a section of society.

I told the Judges that the target was prisoners in 2010, next year it could be the beneficiaries , the year after that anyone earning less than $20 000. I made the point that our MPs don’t rule over us  by some divine right  and that if they weren’t going to responsibly  exercise their powers to govern the people have vested  in them then the Rule of Law required the Courts to tell them that there were certain limits beyond which they would not be permitted to go, constitution or no constitution.

I reminded the Court that that prisoners are liable for the same tax as any other citizens, including GST and the American Revolution came about on the rallying cry of ‘no taxation without representation”.

Arthur Taylor is serving time for drug and firearm offences, kidnapping and twice escaping from custody. He has taken the Government to court several times for their treatment of prisoners.