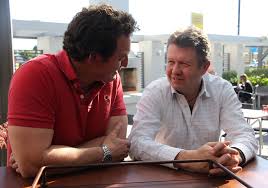 Much to the disappointment of the NZ Herald and other right wing pundits who have decided they would like to appoint the next Labour leader, Cunliffe has surprised by deciding to damn the Caucus and appeal directly to the members and affiliates who have forced Labour to become a modern democratic political party with their inclusion in the voting math that decides the leader.

The voting numbers released from the last primary makes for grim reading by Team Robertson. Grant simply doesn’t look like he has  the party wide support Cunliffe enjoyed, but the appalling election result means Cunliffe has to explain in very clear language how he intends to not only change the Labour Party so that it is ready for Government in 2017, but also how on earth he’s intending to repair relationships within Caucus that have been damaged by the ugly fallout since election night.

If Cunliffe can’t show he has listened to the damage that disunity has produced, then he isn’t fit to be a leader. One means available to Cunliffe for this is the symbolism of who he picks as a running mate for this primary. In this Stuart Nash has the edge.

Nash – or The Nashy as we should start calling him now, represents the very voting block of ‘average’ NZ that Labour critics are claiming Labour missed. How Grant Robertson or Jacinda Ardern are supposed to reach across to that voting is difficult, but a Cunliffe/Nash ticket creates the symbolism of unity Labour desperately need right now.

Cunliffe could decide to shun Nash and run an anti-ABC campaign. That could end up being very damaging and causes wounds that can’t heal. I don’t think members or affiliates are wanting a relitigation of factional infighting, they want a genuine sign of Caucus unity. If Cunliff won’t reach out to Nash, Team Robertson will.

If Cunliffe loses, he should resign altogether from Parliament and bring about a by-election as he will have burnt up the last of his political capital and should step down. After a point it all starts becoming ’twas but a flesh wound’.

Activists and progressives who would gag at the thought of The Nashy becoming Deputy need to consider how else Labour symbolically shows the electorate that’s just rejected them as viciously as it has, that Labour is listening and changing, even if that change has little to do with the media bias, dirty politics and the vilification of Kim Dotcom factors that shaped the election.

Does Grant and Jacinda meet that reality? Perhaps if they launch a forward thinking primary campaign.

Regardless, Labour needs a symbolic shift that manages to draw a line under the past instabilities, if neither candidate can provide that symbolism, Labour will continue to languish.