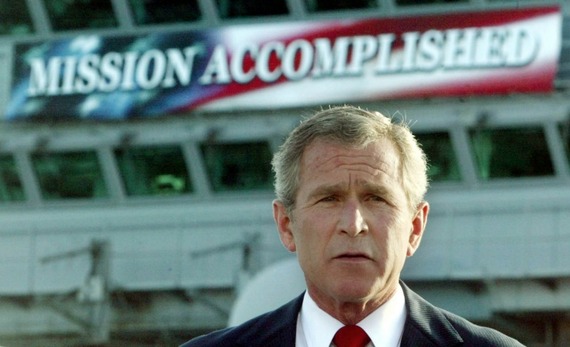 In an earlier posting Ukraine, United Kingdom, Ireland, Scotland, I noted that the first lesson of conflict learned by Robert McNamara was “understand your adversary”. If we have honourable objectives, our first and most important weapon is empathy.

The lack of empathy works both ways of course. To the IS, their western opponents are just another group of anti-Islamic ‘Crusaders’. The IS has time on its side; in their worldview the Crusades have been going on – hot or cold – for 900 years or so. Eventually each group of Crusaders has been seen off. The West, which does not reflect too much on its complex history, simply doesn’t get this perspective. Crusaders were in the Middle Ages, weren’t they?

It’s also a clash of the Wilsonian worldview; a view of the world made up of a lattice of sovereign nation states, with some nations more equal than others and one more equal than all others. Historian Nicholas Boyle calls this idealised worldview the “Religion of America” (see my post 2014 and 1914 for some discussion of Boyle’s views). Islam on the other hand is more than a religion. It is a supra-national brotherhood; albeit a fraternity with sectarian divisions and without as much ability as Christendom to evolve over time.

The key to this issue is the direct clash between the system of territorial nation states, and the pan‑nationalism exhibited by all religions, and by Islam more than most.

Two easily accessible points of contact with this concept of Islamic supra-nationalism are: the BBC radio documentary Caliphate – Searching for the Islamic State“, broadcast on Radio New Zealand Nights on 21 August 2014; and the television documentary series The Ottomans: Europe’s Muslim Emperors. In the time of Islam there have been three substantial caliphates, The Abbasid Caliphate of Baghdad, the Moorish Caliphate of Cordoba, and the Ottoman ‘Empire’ based on Istanbul. People of different ethnicities, and indeed of different faiths, all had their opportunities to survive and prosper within these broad-based political structures. Although these were all polities of relative tolerance and modernity, they did suffer from their inability to evolve.

We in the west should learn more about Islamic history, and about the political structures associated with Islam. Thus western leaders can learn to foster Muslim aspirations while completely rejecting the violent aspirators (such as IS). The IS recruits by demonstrating to ordinary Muslims the violent crusading activities of the west. We oblige them. What we can do instead is to encourage peaceful means to the achievement of a 21st century caliphate, centred most likely in the Gulf States. We like Emirates (Team NZ’s sponsor) and Al Jazeera. They can be central to our vision of an alternative, progressive Caliphate. When the Crusader argument becomes untenable, the IS starves of support.