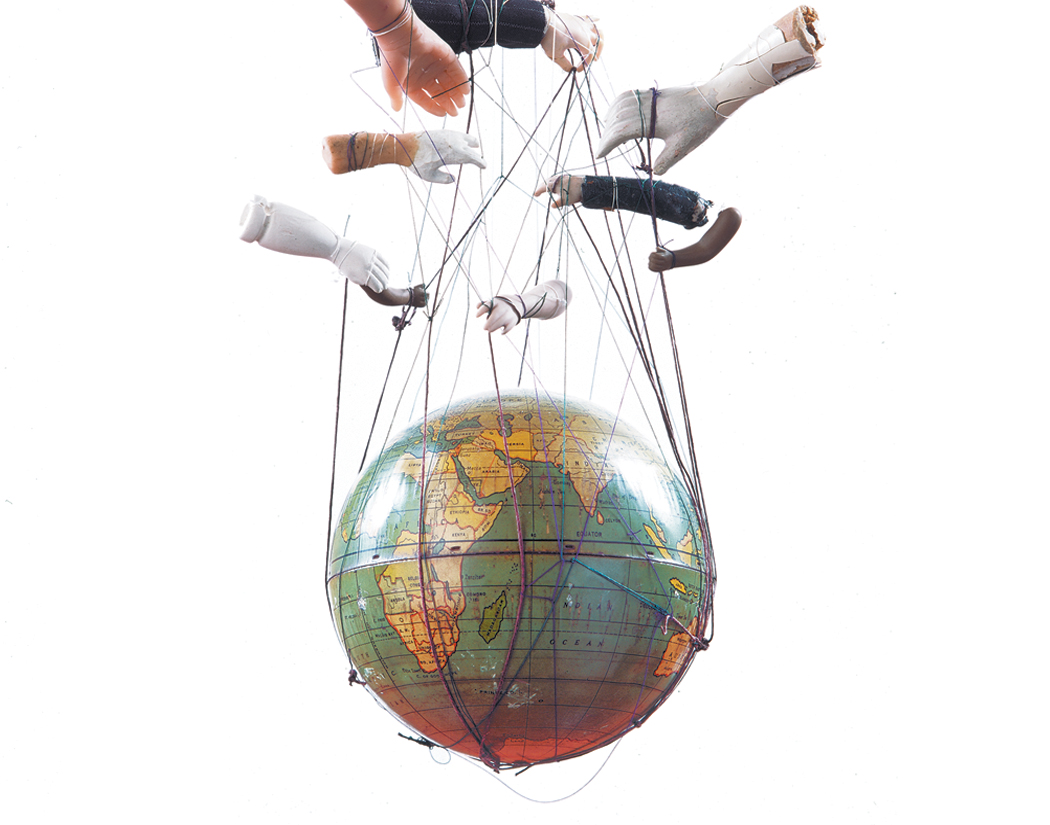 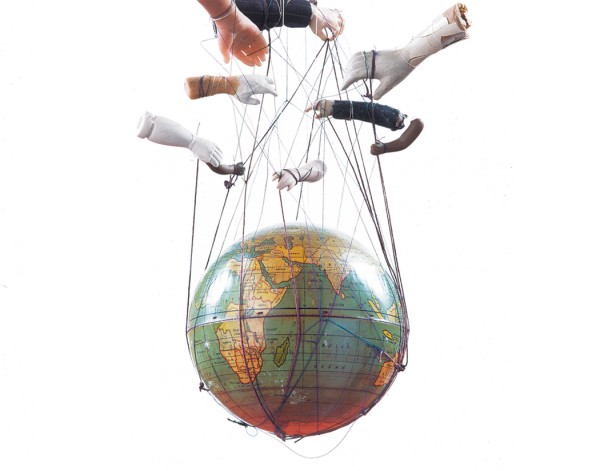 Historian Nicholas Boyle (in ‘2014, How to Survive the Next World Crisis‘) foresees a big event happening this decade that will define the global geopolitical environment this century, much as World War 1 created the politics of the 20th century. (See the geopolitical section of my musings about speculation earlier this year.) Sadly, we remain generally ignorant of the causes and consequences of that massive and brutal conflict, WW1, which began precisely 100 years ago.

Indeed Boyle sees WW1 as having set the seeds both the 21st century political order and that order’s ultimate demise. The Wilsonian settlement defined a geopolitical world of autonomous nation states, with the American nation state being by presumption both the liberal-democratic model for others to follow, and the hegemonic force that would see the project through. The contemporary nation state could be understood as a politico-cultural gift of President Woodrow Wilson to the world, a process of Americanisation extended later by Hollywood, Coca Cola and Microsoft.

The breakup of the Soviet Union and Yugoslavia in 1991 represented the final phase of a process of nation-state creation that began with the WW1 collapse of the Austrian and Turkish empires, and partial collapse of the Russian empire. In between, and during the mid‑century apotheosis of Soviet-American rivalry, new nation states formed from the breakup of the British, French and Dutch empires.

The End of History, proclaimed by Francis Fukuyama in 1992 (having raised the question in 1989), was really a belief in the final triumph of the Wilsonian nation state as the central institution of a liberal-democratic world order; an order in which the anarchy that exists between nation states would self-resolve through the geopolitical equivalent of Adam Smith’s invisible hand, with just a touch of help from the visible hand of the Uncle Sam.

Instead, forces were unleased which we can now see are unravelling rather than consolidating this Wilsonian world order.

In 2014 the unravelling of the nation-state system is gathering momentum. Professor Boyle noted that the process may prove to be peaceful or violent. One example of this unstitching through violence is the emergence in the Levant (greater Syria) of the Islamic State, alongside the increased assertiveness of Hamas in Gaza and the emergence of trans-national Islamic forces in East and West Africa.

The other critical example is Ukraine, effectively the pivot of Halford Mackinder’s strategic ‘heartland’. (Mackinder’s ‘Geographical Pivot of History’ thesis was widely subscribed to in the early decades of the twentieth century.)

The way that western nation-state leaders have sought to make political capital out of the Malaysian Airlines MH17 tragedy over Eastern Ukraine could become a trigger event that increases the likelihood of a violent unravelling of the world order that most of us now take for granted.

Our nation states are economically weak, thanks to three decades of public austerity in rhetoric, and increasingly in reality. Our naïve (indeed willful) blindness and intellectual apathy, our unsustainable economic practices, and our drawing the wrong lessons from the financial and economic crises of the early and late 1990s and 2008-12; all of these have made us hopelessly unprepared for the economic and political challenges of the twenty-first century. Our opinion-managers are like the World War 1 generals; quite out of their depth.

I will comment here on the cynicism towards human life that is increasingly apparent, in Gaza, Ukraine and the Levant. As the geopolitical world enters a new critical state, not dissimilar to the critical state of 1914, small events can have huge consequences. When MH17 crashed, my first thoughts turned to the June 1914 assassination in Sarajevo of Archduke Franz Ferdinand, heir to Franz Joseph’s Austrian throne.

We need a new truth and reconciliation process, in Ukraine. South Africa’s Nelson Mandela was not cynical. He understood that the emergence from the violence of the Apartheid system depended on a process of truth-telling and reconciliation. Sadly, the rest of us have learned little from Mandela’s example. Even in South Africa the momentum has been lost as its political reconciliation has not been able to transition into an economic phase. South Africa remains, arguably, the most unequal nation state in the world.

When Malaysian Airlines MH17 was shot out of the sky on 17 July, it was most probably (eg 99% certain) that this was a tragic mistake. If there was any time when we should have withheld presumptions of blame for the sake of getting at the truth, this was it.

Probably we can be 80% sure that it was mistakenly shot down by ethnic Russian militias fighting a civil war in the failed Ukrainian nation state; a nation that has arbitrary borders and a very weak economy. Per capita GDP in Ukraine is one-third of that in Russia, and shrinking fast.

There was no way that either the pro-Russian Ukranians or the Russians themselves could gain any kind of political capital from an event such as MH17. So, if they caused this tragedy, it was unintentional. Western nations need to give these dissident people the opportunity and incentive to fess up. Like the South African miscreants from the Apartheid era, they will tell us what they know, so long as we make it possible for them to tell.

I remain uneasy, however, about this presumption of guilt. Many civilian aircraft flew high over Ukraine every day. It was implausible that anti-Kiev rebels would think that any one of these aircraft was a Ukrainian military airplane. My uneasiness is compounded by the precipitous and seemingly blatant attempts by the western-backed Kiev government to claim the moral high ground; and how this government has now used the confusion on the ground in Eastern Ukraine to take military advantage of the situation.

The other possibility (probably about 20% likely) is that MH17 was shot-down (again, almost certainly without intent) by a pro-Kiev force, and that decisions have been taken in Kiev to gain political capital by shifting the blame to the other side. (We known how the American government took advantage of 9/11 to gain massive sympathy and the political capital to wage war in the wake of that event.) We know that the Ukrainian conflict is quite vicious, could be pivotal to twenty-first century geopolitics, and yet has not been well reported. The lack of good journalism about Ukraine stems in large part (but not only) because, before MH17, that conflict was overshadowed by the less complex and even more brutal rise of ISIS in greater Syria.

Before leaving Ukraine, I would like to note that both the Russian President (Vladimir Putin) and the Indian Prime Minister (Narendra Modi) were flying over Eastern Europe at the time, returning from the BRICS economic summit in Brazil. Indeed, if the MH17 event was a random pot-shot at a passing airplane, then Modi’s aircraft was just as likely to have been hit as the hapless Malaysian flight. In commenting about whether someone might have been targeting Putin’s aircraft (with similar livery to that of Malaysian Airlines), Putin was reported as saying he never flies over Ukrainian air space. (Indeed Putin’s plane flew over Poland.) That is telling; at least someone thought Ukrainian airspace was too dangerous. Some Ukrainians may not have known that Putin never flies over Ukraine, and probably most people in Ukraine would be familiar with the paint-job of the Russian presidential jet. While it’s unlikely that Putin’s plane was the intended target, all other motives for shooting down an airliner are also unlikely.

When we reflect on geopolitical ruthlessness, we have no shortage of material to draw on in the last 100 years. One fictional event that comes to my mind is the CIA master‑minded street bombing in Graham Greene’s ‘The Quiet American‘, set in French Indo-China. This was a cynical crime of terror that presented the “communist” post-colonial insurgents as the perpetrators.

This takes me to Gaza. Now Israel is a nation state that sees itself as a qualitatively different from other nations. And certainly the colonisation of the ‘West-Bank’ of Palestine by Israeli settlers has been and continues to be a wantonly provocative process.

Nevertheless, the latest and most bloody outburst of military violence in the region – possibly triggered by unfortunate tit-for-tat crimes in the West Bank – appears to be mostly a result of cynical decisions made by the political leaders of Gaza itself. Everyone knows – not least the Gazans – precisely what the Israeli military response is to missile (or other) attacks. If you put your head in a shark’s mouth, you expect to have it bitten off.

The Israelis usually admit to their ‘collateral damage’, justifying brutal civilian casualties on the grounds of the evident truth that indeed the civilians of Gaza are being used as ‘human shields’. So when the Israeli military claim that some of the tragic deaths did not result from Israeli military activities, I am included to believe them. This leads me to conclude that some of the children of Gaza are victims of “friendly fire”; maybe from misfired rockets stored in and launched from places like schools and hospitals.

Hamas, a Sunni faction, is presumably sympathetic to IS, the newly proclaimed Islamic State that controls much of what we call Iraq and Syria. The geopolitics in this whole region is unsympathetic to individual human life in ways that we in New Zealand just cannot grasp. We should try – and try hard – to understand what is really happening in these pivotal conflicts.

What is happening is nothing less than an unpicking of the façade of the twentieth century world order; the system dominated by a deep and abiding faith in the sanctity and autonomy of the nation state. We need to take up Nicholas Boyle’s challenge, to look for alternative visions of twenty-first century geopolitics, and to advancing peaceful means to bring to fruition viable new forms of regional and global governance.