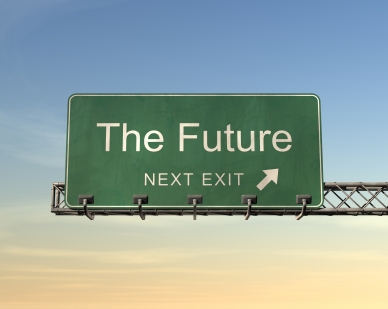 What is the difference between provincialism, nationalism and imperialism? The usual nuance is that provincialism is petty localism, whereas nationalism is normal though dangerous when taken to excess, and imperialism is ruthless, violent and anti-democratic hegemony of one nation over many others. Yet a province is no more nor less than a political/geographical unit one level down from a nation-state, and an empire is a supra-national union of states that may or may not represent the exploitation of one group of people by another.

Imagine a world order made up of six or seven supra-national unions of nation-provinces. One level down would be states, länder, departments, prefectures, domains, regions or whatever. Further down would be districts, shires, counties, cities.

As I noted last week, the twentieth century world order, or at least the order arising from World War 1, puts all its governance eggs in the ‘nation-state’ basket. This storybook system of self‑determining sovereign nation states is now undergoing an unravelling that will probably take many decades, and will most probably include many seriously violent episodes. Prior to World War 1, the political world was dominated by empires. Immediately before that war, these empires were becoming anachronisms, in large part because each was controlled by a central hegemon.

(I watched BBC’s “Hard Talk” this week [4 August], in which Karl von Hapsburg, the grandson of the last Austrian Emperor quite forcefully and coherently argued that the Austro-Hungarian Empire had become a quite liberal polity of many people and languages living as equal citizens of that empire. While the full truth was somewhat less modern and democratic – noting that the ‘Austrians’ who came to New Zealand from the Dalmatian Coast of Croatia were refugees from that empire – the direction of change in the years before WW1 was towards a more fraternal less hegemonic union. Vienna in the 1900s was a much more cosmopolitan and liveable place than it became in the 1930s.)

Empires still exist today, but more in the shadows than before. Vestiges of the old British Empire still exist through, for example, the Commonwealth Games. Queen Elizabeth is really an empress; our empress. The United States sculpts the fortunes of many notionally autonomous nation states. The People’s Republic of China is no less an empire than was the ‘celestial empire’ of former dynasties. Present day Russia is more an empire than a nation. The Soviet Union was a super-empire; the cold war Eastern bloc was perhaps a super-super-empire. The United Kingdom is a mini-empire; the seven British nations, which compete together at the Olympic Games, separate for the Commonwealth Games. Three of them – Isle of Man, Jersey and Guernsey – are fiscally semi‑autonomous Crown dependencies and do not send MPs to Westminster. Ireland remains part of Britain’s informal empire. The reality of today’s world is much more diverse than a simple patchwork of nation states.

My argument here is that the most viable future world system is something of a synthesis of the imperial system and the nation-state system, essentially taking the best from each, and in a more transparent way than exists today. My inspiration is the humble province as an economic unit. My view is that all of today’s nations – with the probable exception of China and India, and possible exception of Russia – can be usefully regarded as provinces of some bigger political union. These bigger entities already exist, albeit in an informal and amorphous way. (I wrote on these themes many years ago here and here and here.)

One very explicit supra-national entity today is the European Union (EU), and within that, the Eurozone. The intention of the Eurozone, at least in an economic sense, is that the member countries are like provinces of that whole, much as Texas is a province of the USA and Queensland is a province of Australia. So why is there a Eurozone crisis but not an analogous Australian crisis or American crisis? The essential difference is that the Eurozone does not have a Treasury comparable to the US Federal Treasury, or the Treasury of the Commonwealth of Australia.

A province by definition is a part of a wider fiscal entity. This is why the former East Germany is not experiencing a crisis like Greece or Spain. The East German länder are now part of a larger fiscal unit, the Federal Republic of Germany. Federal taxes in Germany are paid to the German state in proportion to the incomes of Germany’s provinces, but dispersed in rough proportion to their populations.

Richer provinces therefore subsidise poorer provinces, in any fiscal state. Hence nobody worries much about the balance of payments of Bavaria, or Queensland, or Tennessee, or Otago. But we do worry about the balance of payments of Greece or Spain. The solution for the Eurozone is for it to run its own Treasury, and through that to allow the Greek or Spanish economy to run much like the economy of Queensland.

The World in Fifty Years’ Time?

My vision for the world political order in 2064 is for a world divided into six or seven supra-national political unions (I would be happy to use the word ’empire’, though clearly stripped of the pejorative connotations that currently come with that word), each of which includes rich and poor nation‑provinces. As an example of this economic inclusiveness, one of these unions might be called Eurafrica, comprising essentially the European nations and those of sub-Saharan Africa. These African countries, for better or worse, voluntarily or otherwise, formed relationships with the European powers from the 1490s through to the 1900s, and are still seen as being to some extent dependent on the European powers whose languages they widely use.

Thus, within a Eurafrican fiscal framework, a country like Kenya would have a similar standing to a country like Greece. A Kenyan would be able to travel to and work in France on the same basis that a Greek might. And Kenyans (like Oklahomans in the USA today) would pay some proportion of taxes to their supra-national revenue authority, with those revenues being dispersed in ways (including, I would advocate, public equity dividends) that benefit the entire union on a per capita basis.

Such a union would retain national currencies, but these member currencies should align (maybe through a crawling peg system such as that of New Zealand in the early 1980s) rather than float freely. (A large part of the Eurozone problem is the inability of Germany to revalue its currency, and Greece to devalue its. The single currency is just too rigid.)

Such a union would require a security council, a senate (or equivalent), a fiscal authority, and possibly a central bank (noting that the US Federal Reserve operates effectively as a decentralised institution). Violent disputes within or between nation-provinces would be addressed and settled through the security apparatus of the union as a whole. Such ‘civil wars’ would almost always be small relative to the union as a whole.

The first component of this 2064-vision is union; the second is devolution. Some of the larger of today’s nation states could easily divide into several smaller nation-provinces. They would still be aligned through the wider unions of which they are a part. Within Eurafrica, Zimbabwe might split into two nation‑provinces, given that Zimbabwe is an uneasy association of Ndebele and Shona peoples. Such a split may already be happening in the core United Kingdom (UK), with Scotland soon holding an independence referendum. An independent Scotland would in a European or Eurafrican Union beside an independent England-dominated UK. Further fragmentation of the United Kingdom need not be a problem if the fragment nations are able to maintain their close relationship within a wider union (as indeed Netherlands, Belgium and Luxembourg do today).

Nigeria might naturally split into three nations, only two of which would naturally belong to a Eurafrican Union. The third part of Nigeria might fit better into another supra-national union, a sort of ‘caliphate’ infused with but not controlled by Islam. Such a supra-Arabic union should itself be secular, but be united by Islam in much the same way that Eurafrica would be, culturally, a predominantly Christian Union. Libya, at present on the point of splitting in two, might contribute two nation-provinces to this pan-Islamic caliphate. Gaza and Palestine’s West Bank could become two separate nation-provinces within such a pan-Arabian caliphate. (Israel would undoubtedly be more comfortable within the Eurafrican Union.)

The economic leadership of the greater Arabian world would clearly come from the Gulf States, who already give us a great media organisation (Al Jazeera) and Emirates Airlines. The rest of the world should have nothing to fear. Arabic people are no more inclined towards political violence than are any other peoples.

The other similar unions that make sense to me are one of East and South-East Asia (excluding China) with strong Buddhist and Islamic influences, and an American-Pacific union, which is where the Oceanian countries would best fit. A latter union would mean that New Zealanders could live and work in American nations on the same basis that they presently do in Australia. And it would impose some political constraint on the ability of the USA to unilaterally invade other polities.

While Russia could join a Eurafrican Union, I see a more realistic option being Russia, China and India as unions in their own right. If the spirit of supranational unionism could prevail, then that in itself would create pressure within China to decentralise (maybe even to let Tibet go). After all, China’s greatest economic achievements took place when there was not one central political authority, in the time of the Song dynasty a millennium ago.

Ukraine, like Nigeria, might use devolution as a solution. Indeed such devolution has already taken place with Crimea ending its unhappy 1950s’ incorporation into Ukraine by choosing instead to partake in an expanded Russian union. Abkhazia and Transdniestria would like to be part of present day Russia.  There are other nation-states that may also feel more at place in a Russian union formed on liberal (though not necessarily western) principles; for example Belarus, Kazakhstan or Uzbekistan. Other former Soviet nations may feel more at ease in an Islamically-themed caliphate located in Southwest Asia, Arabia and North Africa. The Baltic States of course have already identified with Europe, and are unlikely to be interested in joining any form of Russian empire.

In this new political order that I am envisaging, there would be free trade within each union. Trade policy between nations of different unions could remain much as it is today. New Zealand could trade with China as it presently does, and have similar educational partnerships with China.

Transition to such a new world political order will not ever be a simple matter. But I sense that the process has already started. Having a positive vision of where present schisms and alliances might lead can make the process of change more comprehensible and less painful. Otherwise the barely imaginable violence that is already taking place in some of the world’s trouble spots will only be the beginning of the beginning of a long period of escalating political violence. Change is happening, whether those wedded to the world as a patchwork quilt of inviolate nation states like it or not. And, from an economic point of view, interprovincial economics might gradually co‑exist with international economics as an important sub‑discipline of political economy.