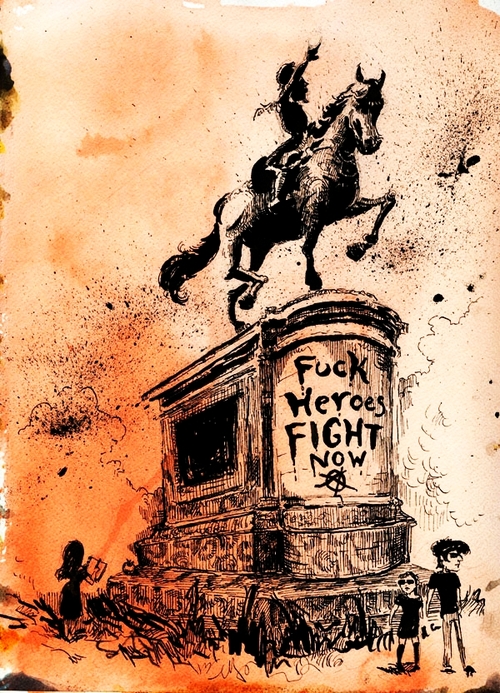 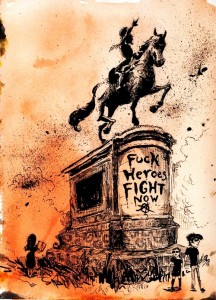 I am so tired of the dirty politics of the National government, aren’t you?

I am tired of John Key and his pathetic attacks on award-winning journalists who have spent their careers fighting and digging for truth and good. The sad reality is John Key’s crafted ignorance and spin seems to seduce so many into still believing he is ‘just your average kiwi bloke’. I am tired of watching and listening to politicians squabble and talk over each other like kids at kindergarten fighting over the best toys. I am tired of listening to so many candidates and MPs pay lip service to women’s rights, and push policies to end violence against women when I  know how little so many politicians really care about the serious brutalities so many women face today. ‘Women’s and Minority issues’ have rarely mattered to the fat cats in parliament.

Thank god for MPs such as Jan Logie who was a volunteer for women’s refuge before joining the Greens, and refuses to allow violence against women to be a ‘non-issue’ in parliament. Billy Connolly once said “The desire to be a politician should bar you for life from ever being one.” This surely does not apply to every person who gets into politics, as Logie is proof of.

I am tired of the media’s obvious bias and hard right-wing leanings that mislead the public and I am tired of Paul Henry and Mike Hosking saying the most racist and sexist things and paying no consequences for their vile. In fact, they are paid a lot of money to dispense their ignorance as if it was gospel!

Amy Goodman said in her book Breaking the Sound Barrier:

It is the responsibility of journalists to go where the silence is, to seek out news and people who are ignored, to accurately and clearly report on the issues – issues that the corporate, for-profit media often distort, if they cover them at all.

If this election and the last six months in the trenches of Aotearoa’s political battlefields teaches anyone anything, it is just how corrupt our media is.

From the revelations of Nicky Hager’s Dirty Politics, which exposed National Party’s attack dog, the right-wing political blogger Whale Oil for what he is: an extension of National’s propaganda machine who has done the dirty work of MPs such as Judith Collins, who is, at best, a disgrace to politics. To political blogger David Farrar who amounts to Whale Oil’s snivelling lap-dog, licking up the scraps Whale Oil leaves behind. It is clear that in our New Zealand media we have a small handful of political, mostly white male, pundits who as Amy Goodman wrote “know so little about so much, explaining the world to us and getting it so wrong”.

The journalist and film maker John Pilger has stressed for nearly his entire career “the media is the invisible government”. In our left movements we are demanding a change in government, but what we should also be demanding is a change in media.

You want revolution? Occupy the media.

We need a progressive media, not Paul Henry whinging about protesters burning Israeli flags and whose sexism was typified when he asked scientist Michelle Dickinson if she had sex with Richard Branson, live on his show. We need a media as Amy Goodman suggests that breaks the sound barrier, and expands the debate, a media that cuts through the static and brings forth voices that are shut out. We need a media that is connected to community not corporate interest.

There is so much hype about getting National out and Labour in, at least in our left-wing movements and on my facebook feed. I guess many of us young people might be harder to fool when it comes to believing there will there be some kind of radical change if Labour get in – at least for us.

Unless, of course, in our everyday lives we the people hold whatever government takes power after the election to account…

I completely understand why so many young people refuse to vote or just cannot be bothered – I know, I have been one of them. I felt pretty alienated from politics when I was in my teens and early twenties. So I find it easy to understand why so many young people read Russel Brand’s political essay ‘We no longer have the luxury of tradition’ for the New Statesman last year in which Brand declared he had never voted and you shouldn’t either, and felt a real connection to Brand’s words and opinions. Governments around the world have rarely included the young in an authentic or meaningful way. Internet/Mana may be using a political language that is more accessible and exciting for our youth, but the proof will be in whether youth actually turn out to vote this year.

Sure, I fist pumped the air a lot while reading Brand’s words last year but despite my excitement at Brand calling for a spiritual rebirth and chants of ‘fuck the government’, I am voting this year. I am voting not because I think Labour will make life particularly easier for the poor, the beaten or the disenfranchised but because I know you do not elect a government to make change, you elect one that will make is easier.

I have little faith in parliamentary process but I do believe I need to be part of the democratic process of voting.

What I do have faith in is the global activist movements that have forced governments to hear the voices of the people and to behave themselves.

It was environmental activists who pushed Obama to delay a decision on the controversial Keystone XL pipeline, proposed to run from Canada to the Gulf of Mexico. I have faith in the anti-war activists such as Cindy Sheehan who camped outside Bush’s ranch and refused to move until she gained an audience with him so she could tell him what it felt like to lose a child in the Iraq war. I have faith in the all-female 20,000 strong Pink Sari Army in India who distil their own brand of justice with their pink-batons against men who beat and rape women. These women in pink who grab fate with both hands are winning back their lives. I have faith in the performance art and punk group Pussy Riot whose female member’s destabilised Putin’s regime and started a global movement.

It pays to remember, during this election time, who the people are that have stood up against goliath, and won.

During the riots and protests in Greece an activist scrawled on a concrete wall ‘fuck heroes, fight now’.

It is the unknown people who refuse to sit down and stay silent when they are witness to injustice and oppression, who, through their countless small actions, as Howard Zinn stressed till the day he passed, radically change this world. We do not need heroes to rescue us, even if Hollywood is busy trying to convince us otherwise. And we cannot rely on the policy makers to write inequality, poverty and violence out of our futures.

The real work of social change and justice is done by change makers, not policy makers.

Right now the battle cry for the massive environmental movement in America is: ‘To change everything, you have to change everyone’. A  change of government in New Zealand may make some of the inequalities a little less ‘unequal’ and a bit more ’bearable’ but it is the radical movements that have drastically changed our world and shifted the public conversation and consciousness for the better.

It was the Occupy Movement that forced massive inequality on to the public agenda and now it is common knowledge that most of the wealth is coveted by 1% of the population – and millions of people are getting more and more angry at this incredible display of concentrated wealth.

It was ex-members of the Black Panthers, not Bush’s government, who organised massive community rebuilds in New Orleans after the levies broke and washed away homes, lives and families. And it was a group of  women  who founded Women’s Refuge in New Zealand in the 1970s. (At the time domestic violence was not on the government’s agenda. The women of refuge used their homes to hide and shelter women, often at great peril to themselves, who had survived the most horrific and barbaric beatings and rapes at the hands of their intimate partners.)

Governments rarely hold themselves to account – as John Key’s consistent denial of the staggering evidence in Dirty Politics, that incriminates his government is proof of. It is up to us, the people, to demand accountability from our political parties and leaders.

Whatever political party is elected, whether it be a National coalition again or a Labour-led one, this is when the work of movements begins.

We live in a country that has never had such a huge divide between rich and poor; one-in-four children now live below the poverty line in Aotearoa. The Greens and Internet/Mana have progressive policies to eliminate this disgusting example of inequality – of violence. Because poverty is a form of violence.

But it is not-for-profit organisations such as Auckland Action Against Poverty who are on the ground right now, engaging in direct action; whose members and volunteers are fighting to end poverty and challenging National’s cuts to welfare that have plunged people further into desperate poverty.

The time is now: to connect with our communities, to listen to the silenced majority and, most importantly, to refuse to allow our government (whoever that may be after the 20th of September), to ignore and minimise massive social problems and continue to serve corporate interests and the super-rich of this country.

Do not wait for change – patience is not always a virtue.

Force it – demand it.

We are the leaders we have been waiting for: it is people power that will radically change this country for the better – not Labour, and certainly not National.