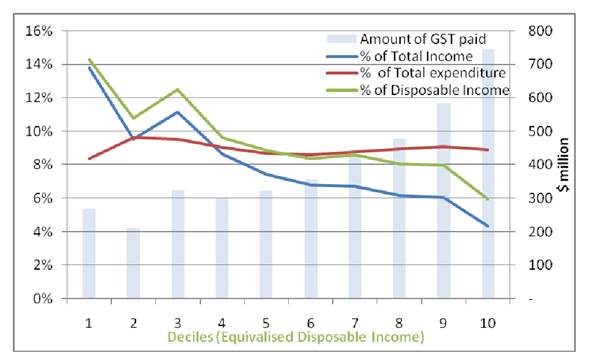 If Prime Minister John Key has money available for tax cuts then cutting GST must be the first priority.

GST is a nasty tax on low-income families.

The following graph shows just how vicious and unfair GST is as it cuts into low-income families. 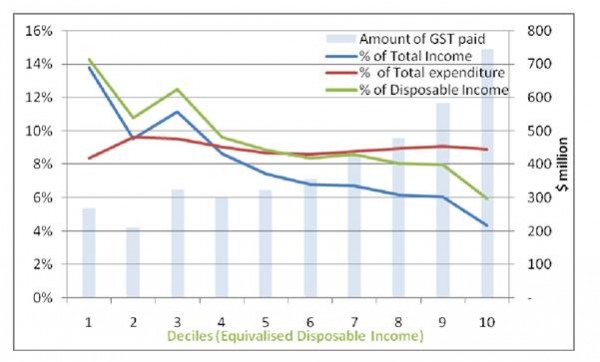 Last week MANA Movement showed how unfair and unbalanced our tax system is with a worker on the minimum wage paying a 10 times higher tax rate than the Prime Minister.

Low and middle income families are doing all the heavy lifting for the economy and need a break.

Cleaners, fast-food workers, hospitality workers and security guards are all heavily subsidising the lifestyles of the Prime Minister and his superrich mates.

What we need is an overhaul the tax system and as well as abolishing GST altogether we need:

· A financial transactions tax on currency speculation to replace

· An inheritance tax on estates over $500,000. (National abolished inheritance tax in the early 1990s allowing wealthy family dynasties to flourish at the expense of everyone else.