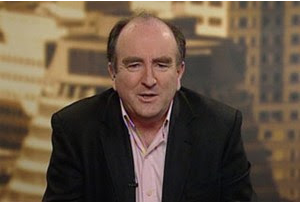 THE MAN BEHIND the Iwi-Kiwi billboards that very nearly won the 2005 election for Don Brash and the National Party has confirmed his involvement in businessman John Third’s and former Act MP Owen Jennings’ campaign to drive down the Greens vote in the run-up to 20 September.

A big, bold campaign is required and justified to counterbalance the hundreds of thousands of dollars of free advertising being provided by the media to Nicky Hager’s attempt to gull the gullible into believing that the right play dirtier than the left.

As someone who has been involved in three ad campaigns for Labour, one for National and two for ACT, as you know, compared with Labour (they who stole the 2005 election then retrospectively legislated their theft), National are the gentlemen of the political spectrum – they just don’t have a Dotcom hacking their every conversation or a Hager receiving the stolen property and writing shock, horror stories about them.

And no, the Labour means Greens campaign is not being done for National or any other party.

I, for one, am disillusioned by all the right wing offerings at the moment. I left Key’s office when it became obvious to me that his motivation was self and party before country. I left ACT twice because they refused to grasp the nettles necessary for victory. And I don’t like the Conservatives’ intolerance of gays and such (though I do like Craig’s policy of a binding referendum on race-based seats).

So I don’t know who I’m going to vote for. But I shudder at the potential destructiveness of a Cunliffe cabinet that’s 30% Green.

And that’s what Labour means Greens is all about, Chris: to jolt what we call “the tradies and the ladies” awake to the frightening new political reality on the left: that a Cunliffe government is still very possible, and that it would be hugely damaging to the New Zealand way of life through no particular fault of Labour’s.

On current polling, Cunliffe is going to have no choice but to appoint five to seven Green cabinet ministers, some of them to very senior and influential positions.

(And, God help us, possibly even some of the Hone Harawiras, Annette Sykeses, Laila Harres and John Mintos from the even loonier left.)

I think you’ll find the main driver of the campaign, John Third, will be as open and honest about it as I’m being. He doesn’t mind if I talk about it, since we’ve got nothing to hide.

This is just a bunch of concerned Kiwis, none motivated by any party connections as far as I know, wishing to inform our countrymen and women of the true nature (no pun intended) of the not-so-cuddly Greens.

In the contest of ideas, I think you’ll agree, that’s perfectly legitimate.

To expand on those two target markets:

The “tradies” were brought up to believe in the class struggle. But they also believe Labour’s been taken over by what one of them colourfully referred to in my local the other day as “the feminazis and pillow-biters”.

In their socially conservative eyes, by comparison with the latter, a guy like John Key represents the voice of sanity. But their tribalism runs deep and they could vote either way. Especially if, in the Kiwi tradition of fairness, they reckon “it’s time we gave the other lot a go”.

We’re going to ask them not to – by showing them what that would mean for them, their family, and their country.

We’re going to boldly apprise them of the fact that, while they weren’t looking – distracted by the media beat-up over Hager the Horrible’s book – the left just got a whole lot lefter and redder (the Greens being nothing if not deepest red).

These sparkies and plumbers and builders are practical blokes who cut to the chase and come with very large dollops of common sense. They spend their days solving problems calmly and rationally. Then they go hunting and fishing.

And if there’s one group they can’t abide, it’s those knee-jerk enviro-panickers and exaggerators from the Green party who want to ban all forms of fun, for reasons which they haven’t properly thought through.

The “ladies” are the ladies of the Remuera Garden Circle and the like who believe it would be nice to have the planet represented in the corridors of power. They’d rather be out weeding their gardens than inside studying the communist infiltration of Greenpeace, so still believe the Greens are who they say they are.

They’ll be shocked to learn the truth, and we plan to do the shocking: informing them that the Greens’ love for the environment comes a very poor second to their desire to kneecap capitalism and put people last.

So far I’ve done about fifteen billboards which you’ll be seeing over the next three weeks. Any questions, just ask and I’ll do my best to answer in full.