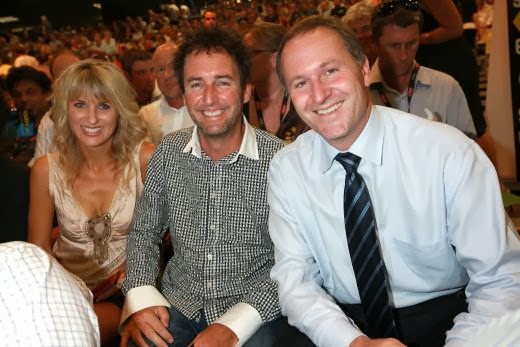 The richest 20% of us in NZ own 70% of the wealth, with 18% in the hands of the second richest quintile, and 10% in the hands of the middle quintile. Just 2 per cent was owned by people in the fourth quintile, while the bottom 20% of NZ owns nothing! Yet the mainstream media decided Pam Corkery swearing at them was more newsworthy than free education, full employment and feeding hungry children.

THIS is why we need a public broadcaster!

When Seven Sharp becomes the standard of public debate, our fourth estate fails democracy and allows for the very misperceptions of poverty AUT have highlighted into becoming believed narrative. Poverty denial is as important to this Government’s mythology as bennis bashing is for distracting public attention. See no child poverty, hear no child poverty, speak no child poverty is not a social policy.

National have failed a vast majority of NZers economically, yet Key’s empty aspiration and vacant optimism is held up to the voter like a slice of cheese is held up to the rat forever trapped on their mouse wheel, endlessly chasing a promise they will never taste.

The rowing clip TV advert National are using epitomises the mindset of the top 20%. Powering away from the hopeless losers  they despise, using the inherent bias in the existing economic hegemony to ensure their ride is as smooth and rewarding for them as it is endlessly and needlessly cruel for everyone else.

If the mythology of the right is to be dismantled, it will require a public broadcaster more focused on light than heat.