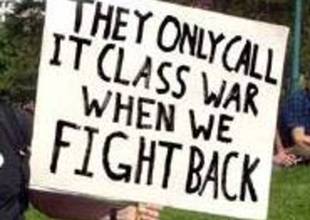 I wasn’t going to write about Nicky Hagar’s ‘Dirty Politics’.  There are plenty of policy issues to discuss.

Then I read the book, and what it reveals strikes at the very heart of our democracy.

My overwhelming feeling is one of revulsion. It is not that I did not know about attack politics or the unscrupulous and ruthless tactics that conservative political parties will employ to win and stay in power.

We are after all in the midst of a bitter class war and the outcome of elections has a profound impact on the lives of beneficiaries and working families. It is a sad irony that the election outcome has the greatest impact on those who are the least likely to vote.

New Zealand taxpayers were recently robbed of half of their energy generator, Mighty River Power, which just announced a payout of 13.5 cents per share to the beneficiaries of privatization and a $97 million increase in full year profit while many New Zealanders struggle to pay for the power required to cook and keep them warm.

What is that if it is not the manifestation of class war?

But the class war should not be a personalized war and as human beings we must always be able to empathize with the sorrows and misfortunes of others.

To not do so makes us no better than the authoritarian brutal political leaders that deny basic human rights in order to further their material interests and retain power.

Just as I condemn the killing of Palestinians by the State of Israel, I also condemn the brutal suppression and killing of people by ISIS in Syria and Iraq.

A moral universe and personal ethics are essential in politics. Otherwise it is dog eat dog, the ends justify the means and the pursuit of power is an end in itself.

The revelations in ‘Dirty Politics’ reinforce a view that politics is the domain of the dishonest and unethical. Cynicism grows like a cancer within the political life of the democracy, people disengage from politics, and bad behavior is reinforced by the daily feeding frenzy of scandal.

What best serves the interests of the National Party is a notion that this is what politics is like and all political parties engage in this behavior.

This is not true, although some individuals in many political parties may be unscrupulous and not above using personal misfortune or private life peccadillos for political gain.

I have met many members of parliament during my work as a trade unionist and in serving on public bodies and have got to know some quite well and some I regard as friends. Most I have a great deal of respect for – they are well motivated and enter politics to make a difference to the lives of ordinary people. They don’t deserve to be the victims of insinuations, slurs, disingenuous lies and character assassinations.

And public servants and citizens who engage in public life should be even less the target of personal attacks.

One line of defense for the actions of Cameron Slater is that he suffers from a mental illness. Ok that is unfortunate and may explain some of his aggressive and de- humanizing actions. However it makes the actions of the cabal centred around him feeding him information and supporting his sociopathic behavior, even more repugnant.

John Key and Judith Collins among others in the National Party leadership are complicit in this deeply unethical, disrespectful and repugnant behavior.  How can any NZ Prime Minister or Cabinet Minister develop and sustain a working political relationship with a political activist who has such a deeply entrenched misogynist and racist psyche. Can a political journalist with access to the PM please ask him this question? What do the revelations in Hagar’s book say about the National Party’s modus operandi? This is the question for every eligible voter to mull over before casting their vote next month.

John Key says “we talk to a range of bloggers” Whale Oil was not in a range, he was off the bloody chart and where were the antennae of NZ’s journalists when they were getting their news tips from a merchant of hate?

NZ media has been complicit in turning the political life of our democracy into a blood sport. Is it possible that we could have debate about policy and a see the media that facilitates a robust exchange of ideas in an open and honest political environment? Not with the intensification of commercial interests in news manipulation and the gutting of news rooms to prevent patient investigative journalism about the issues.

It can be done-I read the Guardian and watch Al Jazeera. Maybe there are conservative equivalents.-the Economist and the Financial Times perhaps. Certainly not Fox News and the merchants of hate that populate the private airwaves in the “5 eyes” spy network of nations- Canada, U.S., NZ, Australia and the UK.

The task ahead over the next month is to convince as many people as possible that they must vote to change the government if they want to reclaim New Zealand as a democratic nation that upholds human rights and restores a greater level of fairness and respect in our society.

It is essential that we carefully and patiently explain that politics does not have to be ‘dirty’, that politicians should have integrity and we expect and demand that they uphold the values of an open and democratic society.

The Left must act with integrity and refrain from personal attacks as we work to rebuild confidence in the political institutions of democracy.