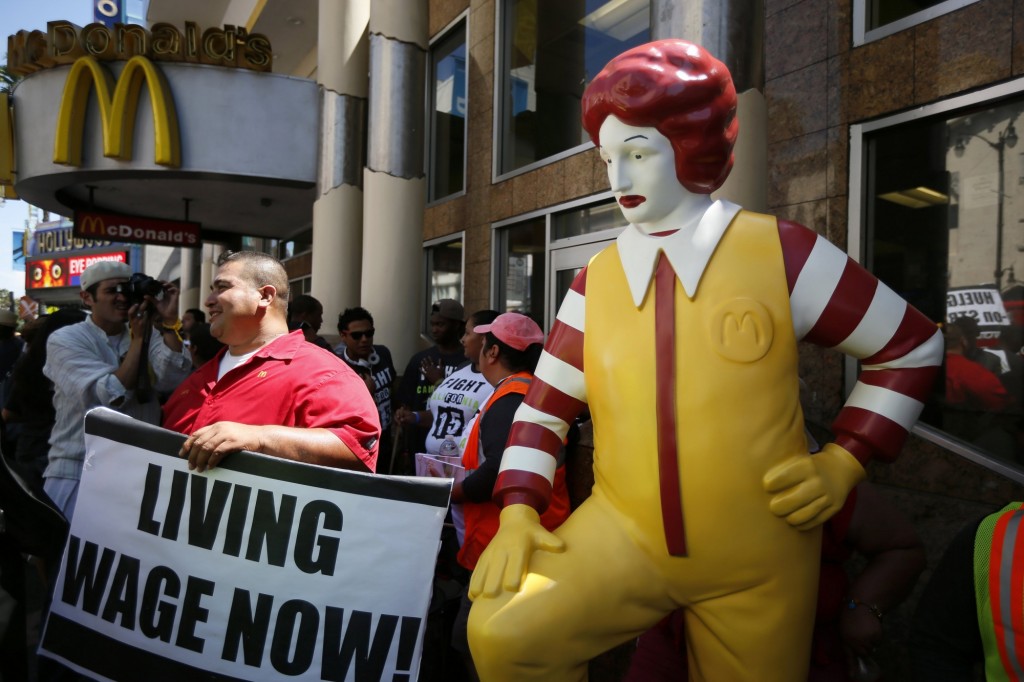 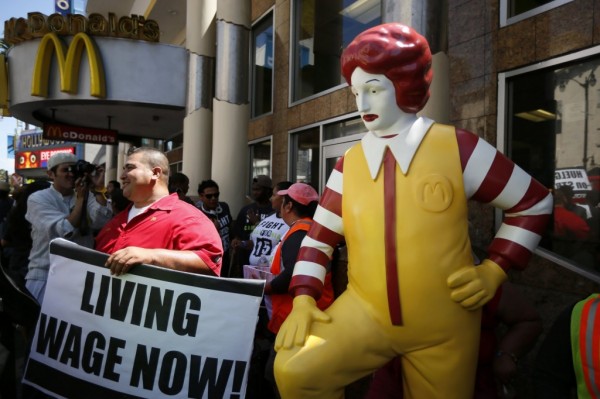 Lola is a manager at a major fast food chain. Last year her employer arbitrarily cut her hours from 32 hours to anywhere between 18 and 26 hours each week. “I said I can’t live off this, even though my hours are being cut, my rent doesn’t get cut to compensate, my bills don’t get cut,” Lola told me. Lola’ s inability to determine week to week what her income would be meant she ended up at a Work and Income office. “For the first time in my life, I had to get a food grant,”she said.

Lola is not the only one. Many workers are reporting they are “hungry for hours” as casual, minimal and zero hours contracts are on the increase in major retail and fast food chains.

Workers across the country  say they are being employed on minimal or even zero hour contracts. They end up working a variety of hours, never knowing what income they will receive week to week.

Raj is a worker at a major supermarket chain. When Raj applied for a role working night shift unloading boxes he was given an 8 hour contract and told more hours would be available to him every week.

What he didn’t know was that these hours would come at a price. One morning when he was due to head home his manager asked him to work an hour extra for no pay.  Raj was not happy however he had no choice but to stay on.  “They said if you won’t work for free we will not give you extra hours next week,” said Raj. “You feel like a slave.” Raj had witnessed employees who spoke up about the exploitation receive less hours than others. His 8 hour contract had him at the whim of his manager, desperate for any extra hours he could get, whatever it took.

It’s easy to see how we are all affected by this , whether directly or indirectly. Friends and family on casualised contracts struggle to keep commitments, attend social occasions and generally participate in society . “It’s very difficult to plan anything at all on these contracts,” said Raj. “ Not even an outing with your family because you get called an hour before “We need you to come in” and if you turn it down you might not get called next time, it’s too big a risk.”

There are a number of ways to address the exploitative practices surrounding minimal hour contracts.

In Denmark and Brazil unions have campaigned for, and successfully won, legislation that gives regulations around guaranteed minimum hours of work (20+ per week). We should be pushing politicians for something similar in New Zealand and in addition legislation that further expands all workers’ right to organise .

Evident of how a well-organised workforce can address issues of zero and limited hour contracts is that of Unite! Union. As well as naming and shaming guilty employers, workers in the fast food industry in Unite! are negotiating clauses in their collective agreements that establish guaranteed minimum hours that provide a liveable income . The clauses also guarantee minimal fluctuations in hours each week to allow workers to plan around their incomes and prescribe that any additional hours will be made available to existing employees before new workers are hired.