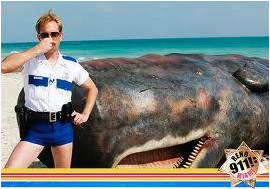 Slater’s response, on Newstalk ZB was a pitiful attempt at deflection;

WhaleOil blogger Cameron Slater has already responded to the book, and appears to recommend reading it.

Cameron Slater says he hasn’t got a copy yet, but it’s likely to a be very one-sided affair.

He says it’s a direct attack on the government to hurt it at election time, and appears to avoid what happens on the left side of the spectrum.

Slater’s memory is getting worse as he breathes in the methane fumes from the shit he continually wallows in.

Hager has also written an expose on Helen Clark’s government, “Seeds of Distrust“, which nearly destroyed Labour’s chances of re-election in the 2002 general election. Environment Minister,  Marion Hobbs, from the left-wing Labour government of the time said of Nicky Hager;

“Nick Hager’s conspiracy theories do not match the facts.”

“Most people know that Nicky Hager is a screaming left-wing conspiracy theorist,”

No, he’s not a “conspiracy theorist”. He’s an impartial investigative journalist. Something we have precious little of remaining in nthis country anymore.

So Cam; if that’s your best come-back – tragic fail.

However, my memory is a tad better.

I remember an event in January 2014, regarding the death of a passenger in a car, in Greymouth, West Coast. At the time, Slater reached rock-bottom with his vileness, writing “Feral dies in Greymouth, did world a favour“.

The grieving parents of the man killed in the accident were appalled by Slater’s gutless attack on their late son, Judd Hall.

As Grey District Mayor Tony Kokshoorn said at the time,

“This young lad has a mother and father who are going through a great deal of hurt at the moment. It’s compassion and support they need at the moment, not condemnation from the likes of Slater.

They (the parents) are people that Slater has never met, does not know, so for him to describe their offspring as feral is the lowest of the low and an utter disgrace.”

I also remember writing this piece on my own blog,  on 29 January, in response to Slater’s grubby rubbish;

“He obviously still does not understand that if you attack, denigrate, and abuse people – that eventually he will strike someone who will hit back. Hard.

Karma is not a mystical thing. It is humans getting pissed off.”

It seems that seven months later, my prediction has come true;

This précis from the book, from a TV3 report,  is noteworthy;

Well, well, well. That answers this question then,

But relate to the leaking to media of ACC complainant Bronwyn Pullar’s identity along with an email from her support person, former National Party president Michelle Boag.

Ms Boag sent the email onto Judith Collins and a staffer, who forwarded it to ACC chairman John Judge and chief executive Ralph Stewart.

All deny being the leak, but somehow it got out.

“I’ve been very clear all along,” says Ms Collins. “I am 100 percent certain there was no leak from me or my office.”

Confirmation that Privacy Commissioner Marie Shroff will investigate the email’s trail from Ms Boag to an eventual report in the Herald on Sunday came as Labour claimed Ms Collins, National Party operative Simon Lusk and right-wing blogger Cameron Slater all played a part in the leak.

So now we have the clearest evidence yet, of who leaked Michelle Boag’s email, relating to ACC claimant, Bronwyn Pullar, to Cameron Slater.

This is a small country.

Key’s $55 million backside has just been  given a swift kick. His “credibility” will have taken a severe beating after this.

If the National Party politburo have a shred of common sense and functioning neuronal-activity left between them, using Slater as a conduit for dirty tricks will cease. The game, you Tory Twats, is up.

A major source of “easy news” for the mainstream media has just dried up. From now on, journos will actually have to do their own work.

If information was sourced from the SIS, and Labour wins this election (chance now increased), expect a major shake-up of both security agencies and resignations. Heads will roll like bowling balls.

(*a real journalist – not the faeces-shovelling variety found at “Whaleoil”)