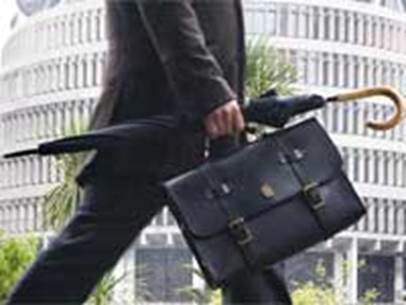 MARTYN BRADBURY IS RIGHT. A victory for the Left on 20 September will by no means signal the end of its troubles. In fact, they will only be the beginning. By the “Left” I am, of course, referring to Labour, the Greens and Internet-Mana. And, once again, Comrade Bradbury is correct when he says that such a combination would constitute one of the most progressive governments this country’s history. Certainly New Zealanders would have to go back 40 years to find the progressive equal of Labour’s, the Greens’ and Internet-Mana’s proposed economic and environmental reforms. And that, precisely, is Martyn’s point: the enemies of such a progressive government would be legion.

The particular group of potential enemies I wish to focus upon in this posting are those that could await the new government in the state sector bureaucracy. The whole point of the State Sector Act (1988) was to destroy the civil service ethic that had, for three-quarters of a century, defined the public sector in New Zealand and replace it with a system modelled on the most “effective” and “efficient” aspects of the private sector. In this regard the Fourth Labour Government’s reforms were remarkably successful. Ideologically-speaking, the new state sector CEOs were more devoted to the values of laissez-faire capitalism than the capitalists themselves.

From the moment the writs are returned, therefore, a genuinely progressive government should expect the heads of its ministries and departments to mount an unrelenting and spirited rear guard action in defence of the status quo. In the vanguard of this rear guard (so to speak) will be the Treasury, backed up by those other great organs of the New Zealand State, the Reserve Bank, the Ministry of Foreign Affairs and Trade and the Ministry of Primary Industries. Their briefing papers to the incoming government would all stress the need for “caution”, “continuity” and “stability”. There would be strong warnings against incurring the wrath of the international credit rating agencies and pleas for a measured and responsible approach to the fulfilment of the coalition’s more radical election promises.

Rather than outright opposition, the overall strategy of the state sector CEOs would almost certainly be one of delay, delay, delay. Their greatest concern would be that the new government had plans to implement its reforms quickly – quite literally in the first 100 days. Were the Left to use the political momentum of its election victory in this way the new government’s enemies in both the public and private sectors would have insufficient time to organise effective and efficient resistance.

Just how successful the strategy of delay, delay, delay can be is powerfully demonstrated in Alister Barry’s latest documentary, Hot Air.  Any chance of New Zealand developing a credible and effective legislative framework for countering global warming was lost the moment the promoters of “consultation” (with all their labyrinthine connections to private sector think-tanks and media “opinion formers”) displaced those advocating immediate and decisive action.

Not that the state sector bureaucracy is without alternative means of stymieing progressive government reform. If the newly elected coalition was determined to proceed with all speed the bureaucracy is perfectly placed to use democracy against democracy. Just cast your mind back to the sweeping reforms that Foreign Minister Murray McCully and his hand-picked CEO, John Allen, had planned for MFAT. Were they able to implement them? Or, were they prevented from doing so by a series of extraordinarily damaging leaks to the news media?

Precisely because ministers of the Crown are absolutely dependent on the loyalty and discretion of their senior public servants when formulating and implementing government policy, they are practically powerless to protect themselves against the machinations of those same public servants should the decision be made to frustrate and undermine policy changes of which the senior bureaucracy disapproves. New Zealand’s and Australia’s three year parliamentary term makes it pathetically simple for public servants to organise and execute the comprehensive subversion of democratically elected governments’ policy agendas. Anyone who doubts this should simply acquaint themselves with the history of the governments of New Zealand’s Norman Kirk and Australia’s Gough Whitlam.

Moreover, as the fate of those two Labour governments makes clear, progressive politicians cannot rely upon either the Police of the security services to protect them from enemies – foreign or domestic. To provide a new and progressive government with the protection it needs would necessitate the complete abolition of the old security services and the creation of an brand new agency.

That is something any incoming Labour/Green/Internet-Mana Government would do well to consider if it wishes to ensure that the mandate it has received from the people is not thwarted by unelected mandarins who believe themselves exempt from the political and ethical constraints of democratic government.