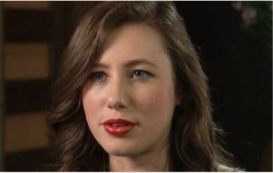 The next time John Key stands up at a public meeting and states that he always carries out his promises, just remind him of this event;

So on 3 July, our esteemed Dear Leader was of the mind that Ms Billingsley deserved an apology,

“… in so much that I believe that she shouldn’t have had to go through what she went through.”

It was a good sound-bite for the media and made a good headline. Politician. Attempted rape victim. Bungling by bureaucrats and probably a senior minister. The focus groups that poll-driven governments use would have backed up an apology.

Nineteen days later, it all changed.  Key’s new response was,

“Because I think the Government has apologised. Both the minister and the officials have made it quite clear they’re sorry for the incident that’s taken place in the way that person left the country. I think that’s wholly appropriate.

But in the end, I think what’s far more important is that there is a proper inquiry – that’s what the victim in this circumstance deserves and that’s what she’s going to get.

What’s far more important now, actually, is that the independent inquiry that’s been established and will be run by (former Treasury Secretary) John Whitehead actually gets to the bottom of all of the unanswered questions there.”

Worse still, and this is something every woman in this country should reflect on, was Key’s astounding quip,

“I don’t make apologies unless there’s a serious reason for me to do that. As I said at the time I relied on the advice that was given to me by MFAT.”

So if one of his family, gods forbid, went through what Ms Billingsley did – that’s not “serious”?

We’ve had an insight into John Key’s soul – backed up by his now-other-infamous quip about Internet Party Leader, Laila Harré , when he uttered this sexist and derogatory comment about her,

“… Laila Harré grandstanding about whether her sugar daddy should be extradited or not to the United States.”

So, if Kim Dotcom is Ms  Harré’s “sugar daddy” because he is funding the Internet-Mana alliance – does that make John Key Shanghai Pengxin’s “rent boy” for receiving funding from that corporation in return for favourable ministerial decisions on land purchases ?

Perhaps worse still is an insight into Key’s “moral compass” (or lack thereof), when he let slip,

“… As I said at the time I relied on the advice that was given to me by MFAT.”

Does that mean he cannot make a fairly simple decision to offer an apology to a victim/survivor of attempted rape without “advice” from a third party?

Does he really have to be told what is the right thing to do?

Why would any woman vote for a person like this?