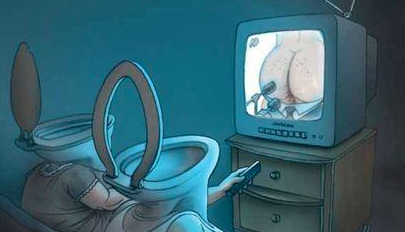 TVNZ’s Breakfast on 12 August, went from it’s scurrilous mis-reporting of the effigy burning, to sheer, naked propaganda. This time, Key put on a performance as a typical all-blokey cook-in-the-kitchen.

“We’re cooking with the Prime Minister, John Key. And this is alllll about getting to know yooou, and all the stuff that you do kinda behind the scenes, ’cause we’re not allowed to talk politics today…*giggle, giggle*”

However, one sharp-eyed viewer made this comment on his facebook page soon after the show was over;

Not quite the ordinary, blokey “man-of-the-people” after all, eh?

Question is, will TVNZ’s ‘apolitical’ Breakfast show allow equal time to Labour leader David Cunliffe? And will it be hosted by ‘impartial’ host, Rawdon Christie…?

Which brings us back to this slightly-more-serious-matter…

Laila’s “right of reply” included at least thirteen interruptions as Christie spoke over his guest within a five minute period.

It was left to the State broadcaster’s competitor, TV3, to publish a ‘retraction’ by John Key,

No apology from  Key, of course. Dear Leader does not ‘do’ apologies – unless it is “serious”.

It appears that media can broadcast or publish any old garbage with minimal recourse. Even when the target of a deliberate smear is given an opportunity to correct misinformation, the broadcaster’s representative will fight tooth and nail to justify their own misconduct.

We’ve seen it with the NZ Herald and the Donghua Liu Affair.

Interesting though that when Rawdon Christie first interviewed Key on this issue, on 11 August, he said,

“Another stunt, which may cause you slightly more concern, and that is on Cameron Slater’s WhaleOil site, recently…”

It should come as no surprise that Key and Christie were more than willing to taken the blogger’s story at face value;

As Claire Trevett wrote in February this year,

“[Key]...would not confirm it was Mr Slater, but said he did speak to Mr Slater “every so often,” and had called him earlier this week during which they briefly discussed Kim Dotcom. He said that did not mean he agreed with everything Mr Slater wrote on his blog. “I speak to lots of blogsters [sic].”

Such is the unholy relationship between the National Party and far-right, sleaze merchant, Cameron Slater – along with media connivance for an “easy story”.

Though this time I suspect Key and TVNZ may have ended up with some egg on their faces.

Anyone for some fried eggs’n’effigies?

The Donghua Liu Affair threatens to unravel – PM and NZ Herald caught up in a dirty trick campaign?

The Liu Affair: The first step to a complaint to the Press Council

The Mendacities of Mr Key #6: When apologising to a victim of violence is not considered “serious”

The Daily Blog: Just spoke to Electoral Commission – there’s been a complaint re the Planet Key satire song, they will declare if it’s banned this afternoon