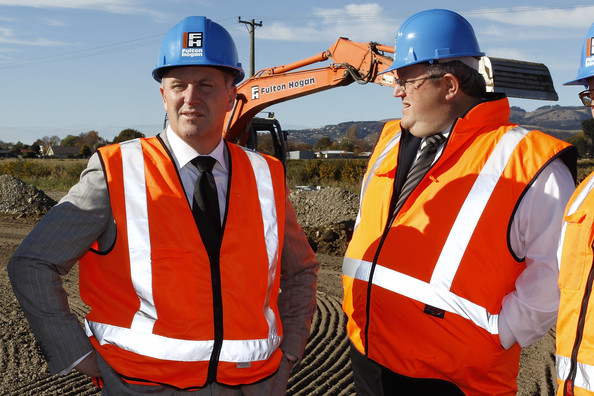 Can they build it? No they can’t.

Occasionally I come across people who don’t believe me when I say there is a housing crisis in Christchurch.  Despite all the evidence to the contrary.  Even when I tell them that every third or fourth home I’m door knocking in Christchurch Central has someone living in the garage, in a caravan or on a couch (homeless, according to the formal definition).  Or they simply don’t believe the scale of the problem.

But most people get it immediately.  Because they have seen their own rents skyrocket.  Or they are struggling to save a deposit for their own home and are watching house prices and interest rates climb beyond their reach.  Or their neighbour is the one with other family or friends sleeping on the couch or in the caravan on the lawn.

Thankfully Clayton Cosgrove is assisting me with specific case work.  But the need is massive.  Around 5000-7000 homeless according to Government stats.

This report tells the story better than I could.  For most of their 100 families (458 people) their quality of life and health has gone backwards, and the lack of quality affordable housing is the driver.

Whānau are in sub-standard housing conditions and are suffering health conditions such as skin infections and respiratory problems. Housing is negatively affecting whānau physical wellbeing.

Whānau who are in sub-standard housing, homeless or in outbuildings, are at risk of health conditions, including SUDI/SIDS, respiratory conditions, anxiety and stress. This is critical for those babies born prematurely.

Impacts on the wider whānau wellbeing have included domestic violence, relationship issues, lack of continuity of education, and unemployment.

I wonder if the Government will calculate the cost of this housing crisis, such as the cost to our health system and economy.  Let alone the lost opportunities for those children and young people growing up in these households.

People who work hard and play by the rules should be able to get ahead in life.  But too many are being held back by the lack of quality, affordable housing.  The Canterbury housing crisis is a moral, economic, health, education, and social failure.

It will take a change of Government to get real solutions to the housing crisis.