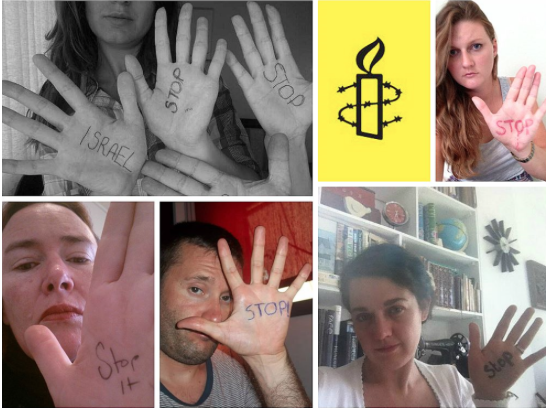 14 November 2012, approximately 16:00. Operation ‘Pillar of Defence’ is underway with the IDF targeting and killing the head of Hamas’ military wing in Gaza. Within eight days, six Israelis and 174 Palestinians were killed, including 30 children. Hundreds more were injured.

8 July 2014, early morning. The IDF responds to an escalation of hostilities in Gaza, launching Operation ‘Protective Edge’ that according to the OCHA, as of 19 July, had led to the deaths of almost 400 Palestinians. Over 2,200 had been injured. Twenty Israelis have been killed, including two civilians who died in rocket attacks. Thousands of homes have been destroyed, the inhabitants forced to flee.

According to media reports, Sunday 20 July was the deadliest day to date in the latest fighting with more than 100 Palestinians and 13 Israeli Defence forces killed.

But what we need to remember amongst these figures and tolls is that the main victims of this violence are innocent civilians, just as they were in 2008 and 2012. Reports have come in that nearly half of those killed have been women and children.

The latest clashes stem from an age-old conflict, persisting over decades. Beneath the tragedy and desperation felt all around the world looms this deceptively simple question: Why is this happening again?

After a continuous rise in civilian deaths that shows no signs of abating, there is more urgency than ever for the international community to step up on behalf of all Palestinians and Israelis and call for an end to the violence that has taken the lives of so many. There is absolutely no justification for the deaths of innocent people. No helpless child should ever become familiarised with the incessant wailing of sirens and the relentless explosions of rockets and missiles.

The actions of both the IDF and Hamas, who have brazenly defied international humanitarian law, must be condemned. And it must be made clear that violations by one side certainly do not warrant violations by the other. Both the indiscriminate firing of rockets by Hamas, and the deliberate targeting of civilian homes by the IDF amount to war crimes.

So then perhaps the question turns to: How can it be stopped?

While the answer is certainly deep and complex, Amnesty International is calling on the UN to immediately impose a comprehensive arms embargo on Israel, Hamas and Palestinian armed groups to cut this violence off at its roots and bring relief to the war-battered region. An independent investigation must take place to ensure that those who have committed human rights abuses are held accountable for their crimes. The thousands of victims of Operations ‘Cast Lead’ and ‘Pillar of Defence’ are still awaiting justice and there are now countless more who cannot be allowed to suffer the same fate.

It is often said that history has a tendency to repeat itself, but that doesn’t mean we should let it. The seemingly endless recurrences of violence between Israelis and Palestinians cannot be allowed to continue. Ceaseless warfare has irreversibly scarred thousands of innocent people that are forced to bear the greatest brunt of this violence.

We must realise that the news stories being reported daily are not merely images and headlines that hurtle past our monitors every morning; these are the realities for the people on the ground who must suffer the words we type into our press releases.

We will continue to see the slaughter of the innocents until peace is brokered on a human rights framework that respects the rights of all people in this battered region.

It has become clear that the lessons of Operations ‘Cast Lead’ and ‘Pillar of Defence’ have not been learnt and the international community cannot simply sit by and watch on when the lives of innocent men, women, and children hang so precariously in the balance.

Enough is enough, history cannot be allowed to repeat itself again.

Take Action: Call on all those involved to immediately STOP targeting civilians caught in the conflict > http://civilians-under-fire.tumblr.com/