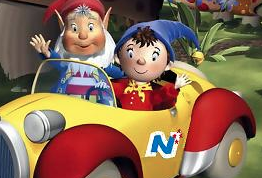 National MPs and ministers have been busy this year with more botch-ups, scandals, an attempted smear campaign, and spinning bullshit to cover their arses with multiple policy failures in health, education, the environment, child poverty, etc, etc, etc…

The fact that National still appears to be riding high in political polls speaks more for a population heavily sedated by trivia and superficial “news” reporting, and for mind-numbingly inane mass-entertainment – rather than any actual success.

Some of the more mind-blowing comments that have recently been made by National ministers have flown below the radar.

But Dr Mike Joy, an environmental ecologist at Massey university, says the new standards are a “backwards step for fresh water”.

“You could just drive a truck through it,” he told TVNZ’s Breakfast programme.

“There’s so many gaps, so many things we’ve been measuring up until now that they’ve dropped.”

The changes put limits on the amount of toxins and bacteria that can be present in water, which the Government says will require some communities and farms to improve their waste-disposal systems.

But the weakening of other limits were essentially a “licence to pollute,” Joy said, and would allow for a big increase in the amount of pollution in rivers.

“We’ve got a decline going on,” he said.

“Rivers are getting worse, lakes are getting worse. This should be something that puts the brakes on, but instead it’s an opening-up. It’s like lifting the speed limit from 50kmh to 500kmh – that’s the kind of level of change around nitrate pollution.”

Joy said more than 90 per cent of rivers in lowland areas – those coming from urban areas and farms – were already too dangerous to swim in.

To which Adams responded;

Ms Adams also corrected the Green Party’s and Dr Joy’s comparison of nitrogen levels in New Zealand’s lakes and rivers to those in the Yangtzee River.

“Although the Yangtze River indeed has serious pollution issues, nitrogen is not the core pollutant there.

In fact, according to the World Wide Fund for Nature, the primary issue for the Yangtze River is industrial and sewage waste and the management of sediments, rather than nitrogen.”

What the World Wide Fund for Nature (which Adams mis-quoted) really stated was;

“The major pollutants in the Yangtze mainstem are suspended substances, oxidizing organic and inorganic compounds, and ammonia nitrogen. This has severely reduced drinking water quality and contributed to dramatic eutrophication.”

And from the Science Daily;

“For the first time, a team including foreign scientists was authorized by the Chinese government to study water quality on the lower reaches of the Yangtze River…

For example, nitrogen concentrations have approximately doubled over the past 20 years. In Shanghai, concentrations of dissolved nitrogen were twice as high as at the Three Gorges Dam, reflecting the increasing use of mineral fertilizers in agriculture…

However, where the river enters the East China Sea, the huge pollutant loads are expected to have devastating effects: each day, 1500 tonnes of nitrogen is discharged, causing eutrophication and growth of blue-green algae in the coastal waters…

In the Yangtze, concentrations of nitrogen, metals and organic compounds are increasing, as shown by comparisons with earlier measurements in the literature.“

As usual with right-wingers, it pays to check their “facts”. They’re usually bullshit. (As well as batshit crazy.)

Bennett seems not to know where she stands on the problem of New Zealand’s hidden rape culture.

On 10 July, on TV3’s Third Degree, Bennett accepted the reality of our rape culture;

“And you can see it in the language that is used by some people. You can certainly see it in pretty much a pub or a nightclub in New Zealand on most weekends to be quite frank. So we have a lot of education to do there, I think.”

Two days later, she changed her mind, this time on TV3’s The Nation;

I think what we do in New Zealand is we report more [sexual violence] than any other country. So actually some of those that are being reported are incidences that haven’t even led to violence.”

On 10 July, on Third Degree,  Bennett accepted that her government had failed Tania Billingsley;

“Could things have been handled differently? We’re the first ones that have said yes it should have been. But for her I feel incredibly sad that the incident has happened in the beginning. And that’s where most of her hurt and anger is.”

Again, after two days, Bennett’s views seemed to have changed, as this exchange on The Nation showed;

Lisa Owen: “Ok, so how do you think that your male colleagues handled the alleged assault on Tania Billingsley and the departure of the Malaysian diplomat? Did they lose sight of the victim? Did they trivialise that?”

Paula Bennett: “Well look I’m not prepared to go into what has happened in that case.  But my short answer to that would be no.”

How can a politician not keep her story straight within only a 48 hour period?!

Then again, this is the same politician who made full use of the Training Incentive Allowance to gain a free University education for herself – and then promptly dumped it in 2009.

On TV’s The Nation, Lisa Owen took Paula Bennett to task on our growing endemic rate of child poverty. Owen pointed out to Bennett;

To which Bennett replied with the stock-standard come-back from right-wing witless politicians;

[…]
It is not going to be throwing more money at those on welfare...”

Because, as we all know, “throwing money” at the poorest in our society apparently doesn’t work to pull children out of poverty.

But “throwing money” at corporations such as Rio Tinto, Warner Bros, Charter Schools,  et al, to “create jobs” or give “choice for better education” to parents, does work.

Or “throwing money” at people by way of tax cuts works to “stimulate the economy“.

Strangely, “throwing money” at welfare beneficiaries –  by way of a Training Incentive Allowance –  helped former solo-mother,  Paula Bennett, obtain a free tertiary education and she is currently (until 20 September) a  highly-remunerated Minister of the Crown.

So why is “throwing money” by way of corporate welfare; tax-cuts; Charter school subsidies, etc, a ‘good‘ thing – but “throwing money” at poverty to eliminate this scourge from 21st century New Zealand – is a ‘bad‘ thing?!

National ministers have yet to answer this question.

God knows we “throw enough money” at them with their generous salaries.

This was one of National’s  election platforms in 2011;

Except when National decides that a particular law is “inconvenient”. Then it will instruct it’s ministeries not to prosecute offenders. As Minister Simon Bridges recently instructed the Labour Inspectorate;

Radio New Zealand has obtained documents under the Official Information Act which show the Labour Inspectorate has moved away from the proactive approach to enforcement and has redistributed its efforts to crack down on illegial migrant workers.

Traditionally labour inspectors have been out on the streets at Easter, catching out shop owners who open illegally, but will now wait for members of the public to complain about shops being open and will follow those up with warning letters.

Special briefing notes from the Labour Inspectorate General Manager George Mason to the minister show the inspectorate has questioned the effectiveness of the shop trading act, which allows for a $1,000 penalty for breaches of the law.

In many cases the judicial system was reluctant to impose the maximum fine, Mr Mason told the minister.

He said in recent years not many complaints from the public were received and this year not a single shop was prosecuted for opening at Easter.

But Simon Bridges said shops can still be prosecuted and will be if the Inspectorate felt it was necessary.

The law will be upheld – if the Inspectorate felt it was necessary?!

When a government will not uphold the law because it conflicts with their own ideological stance – then why have laws at all?

And can the rest of us pick and choose which laws are convenient to uphold, and which we can break?

Mr Bridges is showing us the way.

After the debacle of the Malaysian diplomat, accused of burglary and attempted rape, and the question over why Minister of Foreign Affairs, Murray McCully failed to keep track over events in his own ministry, an inquiry was launched on 11 July.

“A thorough and transparent inquiry is important, as those managing diplomatic immunity issues for the Government need to enjoy the full, unfettered confidence of the New Zealand public.”

Although one wonders just how “ thorough and transparent” any inquiry will be when,

On 8 June 2012, as National’s planned to increase class-room sizes blew up in their faces with a combined teacher-parent revolt, I wrote;

Parata’s Plan to cut teaching staff and increase classroom sizes was dressed up as “improving teaching quality and professional leadership” – which was exposed as patent bollocks when she stated,

“The changes to teacher:student funding ratios were to have saved the Government around $174 million over four years, of which $60 million was going to be invested in improving teaching quality and professional leadership.”

Sacking Parata for policies that every other Minister has been implementing seems pointless. Especially when National’s essential policy of cutting expenditure and services would remain unchanged.

That is the real crux of the matter; an ongoing programme of  reduction in  social services because of two tax cuts we could ill afford, and which National was irresponsible in making.

Two years later: On 7 July, Radio NZ’s Morning Report co-presenter, Susie Ferguson, spoke to National’s  accident-prone Hekia Parata and put it to her that Labour’s plans  to reduce class-room sizes by 2018 were proving very popular with parents. Ferguson pointed out that Labour’s policy was in direct opposition with Parata’s  humiliating failure to increase class-room sizes.

At 3.05 into the interview, Parata replied,

“And at the time we were in a different fiscal environment and we were focusing right then on how did we find the money to invest in quality. And now we’re in a better fiscal environment, we can do both,both more teachers and more quality...”

Which is confirmation, if any was needed, that National’s plans to reduce teacher numbers and increase class-room sizes was nothing more than an outrageous cost-cutting exercise. Happily, it failed as New Zealanders stood up, en masse, and told National,

New Zealanders were not prepared to sacrifice their children’s learning and future on the alter to National’s cost-cutting. If Key and his cronies were foolish enough to cut taxes as part of their 2008 election bribes, it was most certainly not going to be paid for by the children of the middle classes.

So far, #Teamkey seems to be going ‘swimmingly’ well.

World Wildlife Fund: Threat of Pollution in the Yangtze

Why Hekia Parata should not be sacked