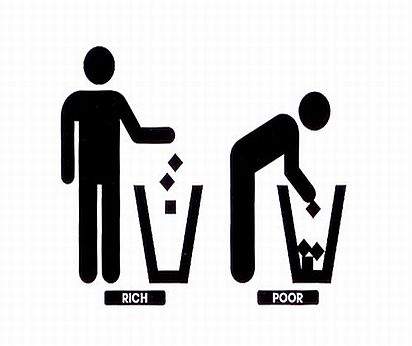 The Household Incomes Reports by the Ministry of Social Development (MSD) are providing powerful evidence that New Zealand is a deeply unequal society with intractable levels of poverty that includes many with jobs as well as those without.

The reports which are produced annually cover changes in household income since 1982. This is very useful as it includes the full period from the beginning of the so-called “neoliberal” assault against working people in the interests of big business. It registers the steep decline in living standards for working people and the very rapid rise in inequality that occurred at that time. This resulted in a trebling of poverty rates from the mid 1980s to the mid 1990s that has largely remained with us ever since.

This was followed by a period of very slow recovery in household incomes assisted by the changing nature of “households” as more women went to work from the mid 90s through to the mid 2000s. Now two out of three two parent families have both parents working compared to one in two in the 1980s. The survey records that the most common arrangement ‘eas for both parents to be working full-time (42%), with another 28% with one full-time and one part-time. In contrast, in 1982 the dominant pattern (52%) was one in full-time work and the other ‘workless’, with only 20% having both in full-time work.”

There was also a decrease in poverty rates for working families with children as a result of the in work tax credits introduced by the Helen Clark-led Labour government of the time. These small improvements were brought to an abrupt halt by the 2009-11 international financial crisis and accompanying recession and we had another small recovery in 2012-13.

The 2014 report released this week reveals that a modest income recovery for “households” since 2011 has only restored the 4% average decline in 2009-11. Moreover the decline was massively unequal hitting those on lowest incomes the most while the recovery has benefited everyone much the same. As a result from 2009-13 “the net change in average income for each of the lower 5 deciles was closer to zero, whereas there was around a 5% net gain for the top 5 deciles.”

An OECD report comparing different countries found that the top 10% of income earners in New Zealand got around 8.0 times the average income of the bottom 10% in 2011 – about average for the OECD. This measure is after tax and transfers including welfare and working for families is is accounted for. This increased to 8.2% in 2012 and 8.3% in 2013.

The report focuses on incomes but estimates that wealth inequality is usually around double that of income inequality. In New Zealand “the most wealthy 10% hold around 50% of all household wealth, whereas the top 10% of income earners receive about 25% of all income.” Again this is about average for the OECD.

Two trends stood out in the report and are highlighted in the summary. One is “the growing gap between the incomes of those heavily reliant on the safety net provided by main working age benefits, and the rest.” For someone on the DPB with one child they remain 17% below their income level of 1983 while someone on the invalid benefit is 8% behind. This compares to 9% rise of someone on national superannuation and a 25% rise in median household income.

The second dramatic change has been the unequal impact of rising housing costs on families – especially those on the lower income.

This is summarised well by Brian Fallow in the July 10 NZ herald where he wrote:

Over the five years — 2009 to 2013 inclusive — the proportion of households spending more than 30 per cent of their income on the roof over their heads has held steady at 27 per cent.

But among the lowest fifth or quintile of households ranked by income it has climbed from 33 per cent in 2009 to 42 per cent last year. In the late 1980s it was just 16 per cent.

Just over one in four of bottom-quintile households reported spending more than half their income on accommodation last year, up from one in five between 2004 and 2009 and higher than at any time since the statistical series began in 1988.

Those numbers are from Statistics New Zealand’s household economic surveys.

Some families are in an even more dire position and are paying over 40% of their income in rent. This number has gone from 5% in the late 1980s to around 13-15% for the period from the mid 1990s to 2013. But the report notes that for those in the lowest quintile the number in this position in 2013 has returned to the record level of 34% last seen in the 1990s!

This is not only affecting those on benefits. The report notes that while 80% of those who rely on working age benefits are in the bottom 20% of income earners, they make up only 38% of this group.

Child poverty remains a national scandal. The recent slight economic recovery has managed to reduce poverty levels marginally but by almost any measure around one in five kiwi children are in poverty. Using the most common measure of poverty (households with less than 60% of median household incomes after housing costs) there were 230,000 children (22%) in poverty, much the same as in 2007.

Keeping this number of children in poverty is a deliberate policy choice of both National and Labour governments because they have refused to restore the 1991 benefit cuts which were principally responsible for the surge in numbers affected. The report notes in the dry language of statistics:

“After the benefit cuts in 1991, just over 75% of children in beneficiary (‘workless’) familieswere identified as poor in each HES (Household Economic Survey – M.T.) for the next decade…… This compared with around 25% before the cuts. Using 2007 as the reference year, the average poverty rate for children in beneficiary families was again close to 75% for 2011 to 2013.”

The Working For Families package (which excluded beneficiaries) halved poverty rates for those in working families (22% in 2004 to 12% in 2007, and close to the same since then). However the fact remains that two in five children in poverty still come from families where at least one adult was working full time or self-employed – down from one in two before working for families.

And of course we have the racist reality that half of these poor children are from Maori or Pacifica families.

The MSD has also been developing different measures of poverty that can supplement what incomes tell us. This includes what they call a Material Wellbeing Index (MWI). This will measure real material deprivation including, for example, if the household has heating, furniture, appliances, and food.

The MSD will also be measuring accumulated wealth for the 2015 report.

Income alone is not enough to measure relative poverty rates. For example a retired couple who owns their own home without a mortgage would be in a very different position to that a young couple starting out in life even if they had a similar income.

The combined information of wealth, income and material well-being will be an even more powerful tool for analysis in the years to come.