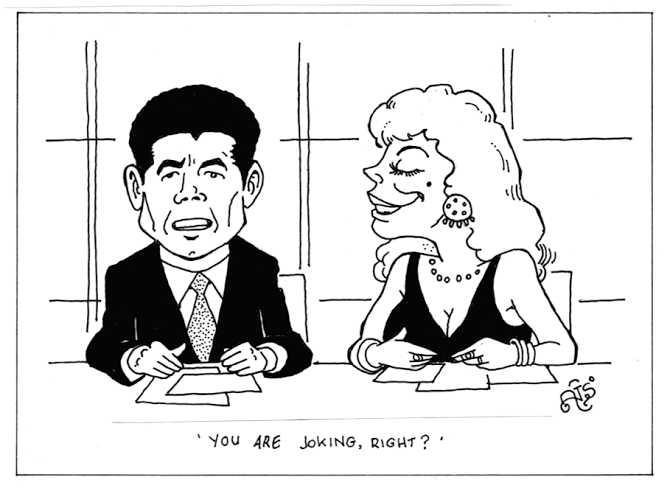 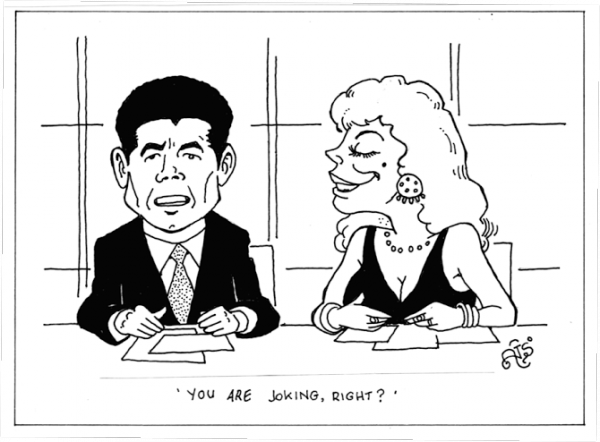 There’s been a bit of a flurry in the undergrowth this week after one of the Herald’s hyperglucinic columnists suggested TV3’s John Campbell was about to get a female co-host.

Some, though, assumed the whole thing was a piss-take, as anyone who writes “the rapport between Paul Henry and Janika ter Ellen on TV3’s late-night news show is a proven success” has got to be joking – there’s as much rapport there as there is between a feral tomcat and a week-old kiwi chick.

But if there’s any truth in the story – that Campbell needs a girlfriend because everyone else has one – then it’s a sign that free-to-air television in this country is more moribund than we thought.

It’s all about formats. Dancing shows, talent shows, cooking shows and now what-passes-for-current-affairs shows all have to conform to the template. The USP – unique selling proposition to those born after 1992, the thing that sets one apart from the others – comes down to whether the presenters sit or stand. One has an opinion piece at the end of the show, so do the rest.

The disease is indeed spreading. Once the only spot of genuine satire on local telly, 7 Days has not only lost its edge, it’s been cloned. Its production company does one version for TV3 and a Countdown Homebrand range called Best Bits for the state broadcaster. As you’d expect, the ingredients and manufacture are cheaper, and the presenter looks like he regrets selling his soul to Victoria Street.

Soul-selling is part of the format television game. You give up all your rights, especially to your firstborn, Originality, in return for riches beyond compare and a hefty dollop of Same Old.

These days Prime appears to be the de facto public service broadcaster, with recent hits like The Making of New Zealand and War News, and the truly unique, original, nowhere else in the world Back Benches. Prime seems willing to take a risk but you get the uneasy feeling that as soon as someone in Sky HQ gets their hands on a really cheap format it’ll be politicians cooking on ice, stripped seven nights a week. Such is the nature of commercial-imperatively driven television.

Still, if you don’t like, you don’t have to watch. There is an alternative – commercial-imperatively driven radio, where you can hear pretty much the same people, just with more ads. Unhappily, the agenda remains the same.

Doug Coutts is a member of the Coalition for Better Broadcasting, does an occasional blog (Weakly Whirled News) and has been working in and around New Zealand television for nigh on 40 years as a writer and floor manager. He hasn’t always been this grumpy.