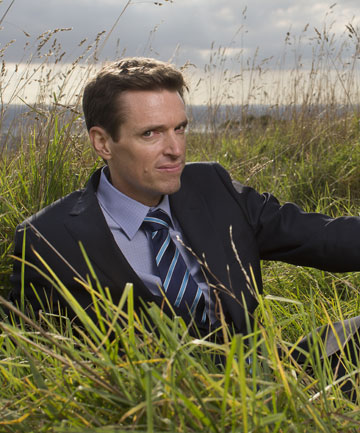 East Coast Bays is possible the worst electorate for Colin to attempt to win, as I pointed out last week…

East Coast Bays: Let’s do the math. Muzza got  21,094 votes last election, the drip they threw in for the Conservative Party got a mere 1614. Even if Muzza removes himself from the race, there is no guarantee that National voters would vote for Colin Craig in enough numbers to defeat the Labour candidate.

There are two problem with throwing East Coast Bays. The first is that it means Colin Craig is a viable coalition partner for National meaning the National soft urban educated female vote will walk away in droves. Expect the Greens to jump in the polls.

The second problem with this tactics is that the blessed people of East Coast Bays may cringe at Colin Craig’s book burning form of religion and instead turn to the Labour candidate. As I pointed out last week…

Here’s the twist though. If National are so desperate they pull their candidate in East Coast Bays (and it looks increasingly like McCully has lost a vast amount of power within National and looks like he can be pushed around far easier than Mark Mitchell can be pushed around – which in itself is an indictment of the lack of muscle McCully now has), Labour has a secret weapon – Greg Milner-White.

After being so tricked and manipulated by National who will pull out their candidate at the last minute, a deeply unchristian thing to do I might add, the fine people of East Coast Bays may decide to select a leader more worthy of their faith than a moon landing denial chemtrail fruit loop.

Colin Craig is the hate crime against progressive politics that just keeps giving.  Unless Jesus himself is Colin Craig’s campaign manager, the Conservative Party don’t have a hope in hell.  A Colin Craig, Jamie Whyte, Peter Dunne & John Key government is the 7th sign in the Book of Revelations – the 4 dickheads of the apocalypse.