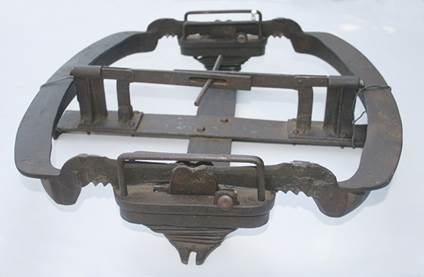 DAVID CUNLIFFE MUST NOT RESIGN. A trap has been sprung upon the Leader of the Opposition but no matter how painful the pressure he must not give in. He must wait until the jaws of the trap can be forced apart – in this case by reiterating the simple truth – and only when he is free should he set about finding out who set it.

Before investigating that matter, however, let us reiterate the simple truth.

Eleven years ago, in 2003, when David Cunliffe was a very junior minister in Helen Clark’s government, his electorate office was contacted by a constituent interested in speeding up his immigration application. A letter was drafted detailing the case of Mr Donghua Liu and seeking information on the progress of his paperwork. It was passed on to Mr Cunliffe who signed it, along with scores of similar letters, and then forgot all about it.

This was not a letter designed to do anything more than respond to the request of a constituent. It contains no special pleading. It is addressed to no minister. And it was not followed up by private meetings, or dinners, or any other form of lobbying.

That is the simple truth.

Now, let us return to who set the trap.

The most obvious person to have done so is the journalist who broke the story, Jared Savage. Except there’s a problem. Savage’s newspaper, the NZ Herald, has been running stories about Liu’s associations with the Labour Party since Monday (16 June) but according to Savage the “incriminating” documentation sought under the Official Information Act (OIA) was only released to him today (Wednesday 18 June).

What I’d like to know is whether or not the earlier stories involving former Labour cabinet minister, Rick Barker’s relationship with Liu, were similarly the product of OIA responses, or whether they were derived from other sources. It would also be useful to know if Savage was advised by those “other sources” to seek out Cunliffe’s letter specifically, or whether the latter just turned up as a result of Savage requesting every official document relating to Donghua Liu. And, if it was the latter, how swiftly did Immigration NZ respond to Savage’s OIA request?

Occam’s Razor would suggest that the story unfolded “naturally”. One piece of information leading to the next. One OIA request prompting another and then another until Mr Cunliffe’s name entered the frame.

But there is an alternative, much more worrying, explanation for the appearance of this 11-year-old letter.

What if someone, somewhere, was in a position to gather every piece of official information on Donghua Liu, and out of that pile of files and electronic data was able to extract information damaging to both Barker and Cunliffe? What if that person then leaked this information to the NZ Herald in such a way that in the course of the news media’s subsequent questioning of Cunliffe about Barker a number of unequivocal statements were made which the 2003 letter could be construed as contradicting? Wouldn’t that leave Mr Cunliffe in a very embarrassing – not to say vulnerable – position?

One does not have to be as avid a fan of the TV series House of Cards as I am to know that there are all sorts of ways sensitive political information can make its way into the public domain and that it arrives there for all sorts of reasons – some of them good, some of them decidedly not good.

The most obvious candidate would seem to be someone on the Government side of the House. Someone with access (illegal but deniable) to Donghua Liu’s file and the records of Rick Barker’s movements in China. That would make this a standard National Party “black op” designed to inflict maximum possible damage upon Labour generally and upon Cunliffe in particular. The Herald might like to think through the ethics of co-operating with this sort of deliberate political destabilisation so close to a general election. But, then again, it might just say: “Ethics-schmethics – a story is a story!”

Or, maybe, the Francis Underwood character at the bottom of this whole incident isn’t in the National Party at all. Maybe the whole story about Barker, Liu’s donations, the 1,800 mile side-trip to Chongqing, was fed to Jared Savage with only one purpose in mind – to catch David Cunliffe out in a lie and force him to resign.

And what good would that do? The last thing Labour needs this close to an election is another leadership contest. Ah, but this is where it gets really, really interesting in a decidedly House of Cards kind of way. If a vacancy occurs in the leadership of the Labour Party within three months of a General Election, the choice of a new leader is left to the Labour Caucus – and only the Labour caucus.

Here’s the exact wording of the rule:

B12 Should a vacancy in the leadership occur in the 3 months prior to the announced date of a general election(where known) or in the absence of an announced date the statutory date (calculated according to the date on which the election is triggered or, in the case of a caucus vote, a meeting or special meeting is requested), a new Leader will be elected by Caucus majority vote. The new Leader will then be subject to confirmation within three months after the election, pursuant to the Party constitution (i.e. they would need to be endorsed by 60%+1 of the new Caucus, or a full leadership contest would be triggered).

And why did I go to the trouble of tracking down this obscure rule? Because the Herald’s Claire Trevett made reference to it last week (12 June) in her regular Thursday column. Under the headline NZ Game of Thrones – Does Cunliffe Dare To Play? Trevett’s piece raises the possibility of a leadership challenge that only the Caucus can play:

“But Cunliffe can’t afford to ignore [ … ] his caucus. He is about to head into his own danger zone. From June 20, Labour’s caucus has a three-month window to change the leader without having to go through the party’s new primary-style process giving its membership a vote.”

This is, of course, an entirely mistaken reading of Rule B12, whose first 20 words “Should a vacancy in the leadership occur in the 3 months prior to the announced date of a general election” condition the subsequent provisions relating to election by Caucus majority. Even so, it was the fact that Trevett was even aware of the Rule that furrowed my brow. Only someone with an encyclopaedic knowledge of the Labour Party’s administrative machinery could have alerted her to B12’s existence. Who? and Why?

We don’t know – yet – but today’s events do make an awful kind of sense when viewed in the baleful light of Rule B12. If Cunliffe could be forced to step down – thereby creating a vacancy – then the Anybody But Cunliffe faction of the Caucus would find themselves ideally positioned to extract an unholy and entirely unhelpful vengeance.

Which is why I say again: David Cunliffe must not resign.