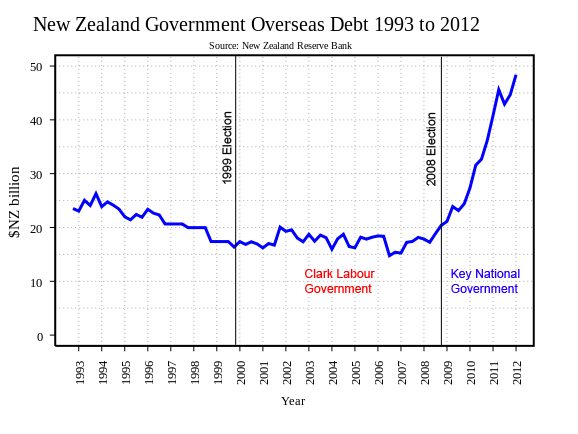 I spent Sunday campaigning in Hamilton and chatting to people about the issues facing them. It was pretty clear that more and more people are starting to realise that this Government doesn’t have the interests of everyday Kiwis at heart and are looking for alternatives. Talking to community workers I heard of the poor, unhealthy and unaffordable housing conditions and homelessness locals are dealing with. Discussions like these remind you politics isn’t a game, it’s about real people and real issues. It was a motivating reminder how important it is to change the Government this year to one where we can make a positive change for New Zealanders

On Sunday night two TV polls showed National on around 50%, Labour around 30% and the Greens around 10%. National is polling high but the outcome is closer than it looks.

I think the results will be seen in hindsight as National’s high-water mark. The polls came after a successful budget for National. Thanks to massive debt, the selling off of energy assets for a song and some creative accounting delivered a media-friendly surplus. Good politics but bad economics. They then garnished the Budget with popular Labour-Green policies. Secondly, National benefits from the current debate being about the ‘Government versus the Opposition.’ National is able to set most of the terms of the public discussion with the opposition reactive and coming across well, oppositional. Once the campaign-proper starts people will look at politics and National differently.

This election may see the largest difference in policies between the two blocks in decades. There’s a real choice in 2014. With seventeen weeks to go the campaign starts now. Those of us who care about kids growing up in poverty, a clean environment and an economy that’s more than milk, logs and dodgy deals need to hold the line and campaign hard.

Despite National poling around 50% John Key is spot on, predicting ‘a tough and tight election.’ The Green Party’s polling has been very stable and we always improve on our polling once the campaign gets underway. If we can grow from 10% to 15% as we are aiming and take that off National’s 50%, then the two blocks are evenly matched. With a tight election every vote will count adding motivation to hundreds of thousands of Kiwis who last election saw the outcome as forgone so stayed home on Election Day.

This election matters. It’s game on. We can and need to win this for all New Zealanders.