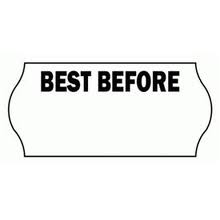 Growing up, it was a rule in my family that you had to eat all the food on your plate. My parents would generally cajole us into this with threats or bribery, but sometimes my mother preferred the more moral argument of “how dare you waste food when there are starving children in Africa!”

Today, New Zealanders waste more food than ever before. On average, we each throw away over a kilo of food per week – about $3 worth. Huge volumes of food are also wasted by retailers, restaurants and food producers. In addition to the economic loss, there is a substantial environmental cost with the estimated global footprint of food waste equating to over three billion tonnes of carbon dioxide per year.

In one of its better contributions to public debate, last week’s New Zealand Herald editorial called for New Zealand to follow the EU and scrap “best before” dates on non-perishable food. The reasoning is that such labelling leads to large volumes of safely edible food being thrown away. The financial and environmental benefits of this and similar policies (such as the UK’s rules on what supermarkets are allowed to throw away) make a lot of sense.

But, back to my mother. Thirty years ago, her argument that by not finishing my dinner, I was somehow depriving starving children was largely symbolic. I could waste as much as I liked and it would have no impact on the global poor. In today’s world, a combination of modern transport, sophisticated market mechanisms and enormous global income disparities make it possible for someone living on the other side of the world to purchase food at a price that is unaffordable for a person living in the same location as the food is produced. When supply is limited, those with greater means have always been able to place their needs ahead of those with less and when it comes to feeding your family, I’m not going to sit in judgment over anyone who does this. But, in the modern world, we are no longer talking about rich consumers (which on a global scale includes most New Zealanders) prioritising their basic needs ahead of others’ basic needs, but the rich placing their excesses ahead of others’ basic needs; there being surely no greater rich-world excess than the purchase of food that is thrown away before even being taken out of its packet.

But, surely the food we waste is minor compared to the needs of the global poor. Not true. Britain’s Food Ethics Council has estimated that the food wasted in the UK and US alone could lift one billion people out of hunger annually. Unfortunately, global food markets are nowhere near perfect enough to mean that if we stopped wasting this food, it would easily find its way to those that need it. The food market is not yet fully globalised; a good proportion of wasted food is fresh produce that is less easily exported. Furthermore, production would likely decline if prices fell as rich-world consumers pay higher prices to waste food than poor-world consumers can pay to eat it. Nevertheless, a significant reduction in food waste, particularly on non-perishable goods which changes in food labelling would help eliminate, would make a substantial difference. The value of this would be especially seen in years of low food production (which will occur more frequently due to the effects of climate change). When food production is lower, few in rich countries even notice the slightly higher prices and even for those that feel the pinch, their food consumption will change little. The impact on the extreme poor, though, is massive often leading to destitution and starvation.

Politicians in New Zealand have been slow to pick up on this issue. For those on the left, one of the reasons for this is that the primary concern is fighting globalisation itself. Globalisation has, without doubt, exacerbated global inequalities. But there are many who would propose to deal with this problem by a reduction in global trade and a return to higher levels of locally-produced food consumption. I am not going to debate the merits of that scenario because it is enough to say that it is simply never going to happen. Globalisation is not going to retreat; it is going to advance apace and politicians that think otherwise will only emit more CO2 by arguing about it. Conversely, there is great potential in policies that accept globalisation and seek to shape it positively. A reduction in food waste is one way to make globalisation work better for the benefit of rich-world consumers, the environment and the global poor.

From a New Zealand political perspective, a policy on scrapping best before labels on food would be uncontroversial, fiscally neutral and have the backing of a Herald editorial. Politicians should grab it.