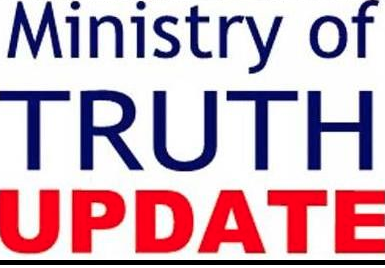 There is  disturbing activity taking place on National’s website.  The Party is self-censoring itself and quietly, without fuss, removing certain embarrassing information from it’s website.

In the last few weeks, this blogger has been referencing quotes from Dear Leader Key on various issues.

One such quote was from John Key, who admitted that Labour left the country in a positive economic state to weather the oncoming 2007/08 Global Financial crisis;

“The level of public debt in New Zealand was $8 billion when National came into office in 2008. It’s now $53 billion, and it’s forecast to rise to $72 billion in 2016. Without selling minority shares in five companies, it would rise to $78 billion. Our total investment liabilities, which cover both public and private liabilities, are $150 billion – one of the worst in the world because of the high levels of private debt in New Zealand.”

The original URL – http://www.national.org.nz/mixed-ownership.aspx – no longer links to the original page  on National’s website, and instead automatically refers the User to a general page on the website;

An alternative URL – http://old.national.org.nz/mixed-ownership.aspx – leads to a page on the National website that is mostly blank;

Whilst this blogger has no screen-shot captured from the original article, entitled “Mixed Ownership”, Google’s webcache has retained a copy of the deleted page;

Selling shares in five companies so we can invest in areas of need.

Responsibly managing the Government’s finances is one of National’s four priorities for this term in office.

We plan to offer minority shares in four energy companies and Air New Zealand to New Zealander investors, while retaining at least 51 per cent Government ownership.  This will help ensure the Government can spend money in areas of need – such as upgrading our hospitals and schools – without loading more debt on to our economy.

We’re going to change the ownership structure of five companies over the next three to five years, by offering shares to Kiwi investors.

This ownership structure is called mixed ownership, and we’re going to apply it to:

The Government will maintain majority control of each company – at least 51 per cent – and New Zealanders will be at the front of the queue for the remaining shares.  In fact, we’ve made it law that no shareholder other than the Government can own more than 10 per cent of each company.

We expect selling minority stakes in the five companies will return between $5 billion and $7 billion to the Government.  In addition, the Government will continue to receive dividends on at least 51 per cent of each company.

This will broaden the pool of investments for New Zealand savers and deepen capital markets, helping Kiwi companies access the funds they need to grow.

Listing on the stock exchange will also provide stronger commercial discipline, transparency, and greater external oversight for these companies.  And it will give each company access to an alternative pool of capital for growth, other than the Government.

Mixed ownership is a win-win for New Zealanders and for the companies involved.  Our decision not to pursue “shares plus” provides certainty to investors about the future of the share programme.

To find out more about how we will achieve this, visit: www.governmentshareoffers.govt.nz

More assets
Government assets are forecast to grow over the next four years, from $244 billion to $258 billion.  By selling less than 3 per cent of the Government’s total assets, we can inject between $5 billion and $7 billion into priority assets like schools, hospitals and other critical infrastructure New Zealanders need.  And we’ll be able to do this without loading more debt on to our economy.

Selling shares in these companies is not about reducing assets, it’s about finding a solution to help pay for their growth in coming years, while getting on top of debt.

We’ve established the Future Investment Fund, which will allow us to invest every single dollar raised through partial asset sales, in new assets.

In Budget 2012, we allocated the first $558.8 million from the Future Investment Fund for:

Controlling debt
Getting on top of debt – by responsibly managing the Government’s finances – is one of our priorities for this term in office.  Our economy is growing, new jobs are being created, and our public finances are improving.

The Government’s partial share offers will free up between $5 billion and $7 billion that we can reinvest in taxpayers’ large and growing asset base, while reducing our need to take on extra debt to provide the important services New Zealanders need.

The level of public debt in New Zealand was $8 billion when National came into office in 2008.  It’s now $53 billion, and it’s forecast to rise to $72 billion in 2016.  Without selling minority shares in five companies, it would rise to $78 billion.  Our total investment liabilities, which cover both public and private liabilities, are $150 billion – one of the worst in the world because of the high levels of private debt in New Zealand.

Like every household in New Zealand, we know how important it is to live within our means by budgeting carefully and deciding on our priorities.

What effect will this have on power prices?
In the nine years Labour was in government, power prices went up 72 per cent – or an average of 8 per cent a year – and the Government owned 100 per cent of the assets.

We believe it’s not who owns the energy companies that influences prices, but the regulatory environment, which the National-led Government changed to increase competition.

In our last term of government, we reformed electricity industry regulation, removed inefficiencies and brought rising generation costs under control.  Prices only increased by 14 per cent in National’s first term.

In addition, the very effective “What’s my number” campaign by the Electricity Authority has made it easier for Kiwis to understand the choices they have, and the savings they can make by shopping around for electricity.

Labour would load our economy with more debt
The opposition has resisted this policy at every stage, yet when they were last in office, Labour applied a mixed ownership model to Air New Zealand.

In addition, between 1984 and 1990 they sold off 100 per cent of $9 billion worth of state assets, including Telecom and the Post Office Bank.

By opposing the partial sale of shares in these companies, Labour is opposing investment in much-needed infrastructure and assets.  Their plans would see the Government borrowing $5 billion to $7 billion more from overseas lenders at a time when the world is awash with debt and consequent risk.  This is just another example of their irresponsible big-spending ways.

New Zealanders let them know what they thought of this at the last election.  Support for National, which campaigned on selling minority shares in five companies, increased at the 2011 election, while Labour received the worst party vote in its history.

Was the “Mixed Ownership” article removed from National’s website because it contained an embarrassing, inconvenient truth? Namely, that Key had acknowledged Labour’s capable stewardship of the country’s economy when he said,

“The level of public debt in New Zealand was $8 billion when National came into office in 2008.  It’s now $53 billion, and it’s forecast to rise to $72 billion in 2016.  Without selling minority shares in five companies, it would rise to $78 billion…”

Which was probably not helped when Key basically shafted his own government’s track record in debt when he added;

“Like every household in New Zealand, we know how important it is to live within our means by budgeting carefully and deciding on our priorities…”

No wonder the page was removed from National’s website. It had inadvertently  become a de facto election advertisement for the Labour Party.

The statement regarding “the level of public debt in New Zealand was $8 billion when National came into office in 2008″ was already ‘making the rounds’ on the internet, as blogger after blogger was picking up on the statement and republishing it, as this Google search showed;

So whoever decided to removed the page is too late. The cyber horse has well and truly ‘bolted’ and John Key’s comments will remain for a very long time. And very useful comments they are, to disprove the misleading, deceitful rubbish that certain fanatic National/ACT supporters bandy about.

Other items have also been removed from National’s website.

The URL – https://www.national.org.nz/files/2008/ECONOMY/Kiwisaver_Policy_Paper.pdf – leads to;

The URL – https://www.national.org.nz/files/2008/ECONOMY/Tax_Policy_Paper.pdf – leads to;

Curiously though, Key’s 2006 speech to the  Shore National Party luncheon was seemingly so historically worthy of preservation, that it remains intact on the National Party website;

It was an election flyer  bearing the promise that “National’s Brighter Future Plan will help businesses create 170,000 new jobs over the next four years“.

Now why would the Nats delete that page, I wonder?

Google Search: The level of public debt in New Zealand was $8 billion when National came into office in 2008. It’s now $53 billion, and it’s forecast to rise to $72 billion in 2016