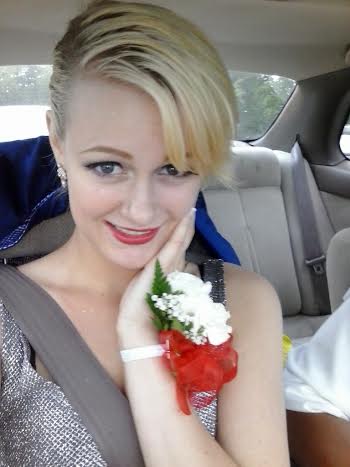 You may already have heard about Clare Ettinger, a 17 year old girl who attended a prom for homeschooled students in Portman, Richmond. She was kicked out by a parental chaperone. In a guest blog adeptly titled, Fuck the Patriarchy which went viral, she said this was due to “some of the dads who were chaperoning had complained that my dancing was too provocative, and that I was going to cause the young men at the prom to think impure thoughts.”

As the journalist and feminist Charles Clymer stated in response, “If you’re at a prom, and you’re told a girl’s attire is making men there uncomfortable, the correct response is asking the men to leave.” But apparently this 17 year old girl posed such a threat to the male minds in the room that she simply had to go.

Clare Ettinger was not only accused of corrupting boy’s thoughts at the prom, she had also been accused of her dress not adhering to the proms dress code. Ettinger is 5’9, rather tall for a 17 year old woman, and while her dress did meet the dress code, it was singled out due to her appearing to be “more leggy” than the other women at the prom. As Ettinger wrote in her blog, “I’m not responsible for some perverted 45 year old Dad lusting after me because I have a sparkly dress on and a big ass for a teenager. And if you think I am, then maybe you’re part of the problem.” Ettinger’s own sexuality as a woman made these grown men uncomfortable. Perhaps the real issue these god fairing fathers had, was trying to hide their shame-boners. As Callie Beusman wrote,

‘We’re taught to think that women’s bodies are by definition impure and that displaying them is automatically salacious and obscene. And we localize that “obscenity” in women’s behaviour, which is patently ridiculous. In this situation, a bunch of fully-grown men were gawking at a teenager’s body, and she’s the one accused of being “inappropriate”? Seriously?’

Making females responsible for the naughty or impure thoughts of others feeds into a culture that polices women’s behaviours.  It shames them when they fail to act or dress in a way that adheres to entrenched expectations of how a women should behave. Slut shaming leads to victim blaming as Kelly Wallace of CNN said,  ‘…that isn’t much of a stretch from “she asked for it” when we blame victims of sexual assault for what they were wearing. Are the thoughts and actions of young men and their fathers really her responsibility?’

Many other schools and Universities have enforced dress codes on women, for example Cameroon’s University of Buea put in place a strict dress code predominantly aimed at young women, one University lecture posted the following rules:

The University claimed the dress code is necessary to keep students from getting raped.  Clothes do not get women raped this is a myth, 90% of rapes are carried out against women by people they know. As Beusmen said, “Just another reminder that victim-blaming is a global problem, but common sense — and focusing on the rapist rather than the victim — are a global solution.”

Teaching women to cover up so men will not have to fight their sexual urges is ludicrous and it feeds into toxic ideas of masculinity. It implies boys and men cannot control their own sexual urges or thoughts – this is a damaging and pervasive idea taught to men and women. It is an idea that is also insulting and demeaning to both sexes.

It tells women they are to blame if they are raped and it tells men that if they rape it can be blamed on her. After all men, can’t help themselves when a pretty lady in a tight dress is around – this is a dominant [false] orthodoxy enforced in our society.

Calling sexual thoughts or finding another person sexually attractive “impure” implies there is something dirty or unclean about it – making sex or even thinking about sex taboo.

The less healthy and open conversations young people are allowed to have in relation to sex the more blurred lines are drawn in relation to sex and consent. Thinking about sex is healthy and normal. I spent many hours thinking about penises and sex and what might get me off as a teenager – clearly it is not just boys who have “impure thoughts”. What is wrong, is telling young people that sexual thoughts are “impure”, while at the same time they are saturated with hyper-sexualised and objectifying images of female bodies by a mass media that uses sex to sell anything from fucking soft drinks to socks.

The only people who deserve to be shamed for their behaviour are the Dad’s with their shame-boners and Miss. D for kicking Clare out of her own prom, this is just another classic example of slut-shaming at its worst.