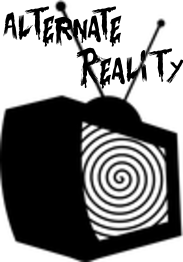 Dipping in and out of the weekend TV punditry and newspaper columns to pick the media Budget spin has been another exercise in how limited our current political journalism really is.

The prevailing wisdom from pundits is that giving under 13s free medical is some amazing raid into Labour’s political territory rather than an indictment on the way we treat and resource young people in Society. That it is 2014 and we have only just gotten around to extending free medical to under 13s is not a moment of self congratulatory back slapping, it should be a moment of intense debate about why the hell it’s taken this long.

According to this budget, Climate change isn’t happening, public broadcasting needs dumbing down, there are no hungry kids & houses are cheap. This is a budget constructed inside the bubble of wealthy men for the benefits of other wealthy men, it is light years away from the reality of over a quarter of a million NZ children living in poverty.

The reason why this sounds so radical to the ear is because many of those same political pundits are in the same wealth class as those writing the budget so have a total privilege blindspot when discussing how wonderful it all is.

Public Broadcasting got nothing in this budget, and based on the quality of political debate around the Budget one might speculate that there’s a reason for that.