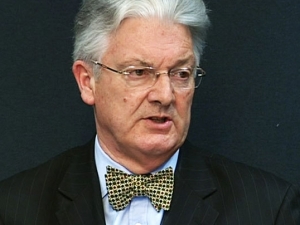 The Government are using urgency tonight to pass their miserly paid parental leave. Labour are going to introduce a Supplementary Order Paper (SOP) to extending it to 26 weeks. The only thing stopping this is Peter Dunne who is giving the Government a one vote majority on this legislation.

We know how difficult parenthood is and giving parents time to bond with their babies is an essential process that deserves state support. This is a chance to strengthen family bonds.

Mr Dunne admitted he was tempted to withhold support for the Labour MPs’ bills in revenge for the “smears” he was subjected to during debate on the state assets sale bill, but decided sticking to his principles was more noble than political utu.

…if sticking to his principles is more noble than political utu, Peter Dunne should vote for Labour’s SOP tonight.

So let’s encourage Peter to show his true value 4 months out from an election. Please tweet bomb Peter Dunne tonight on his twitter account using the #voteforSOPtonight and #26weeks hash tags.

UPDATE: Sadly Peter Dunne flushed principles down the toilet and voted with National. More reason to throw the bugger out this election.