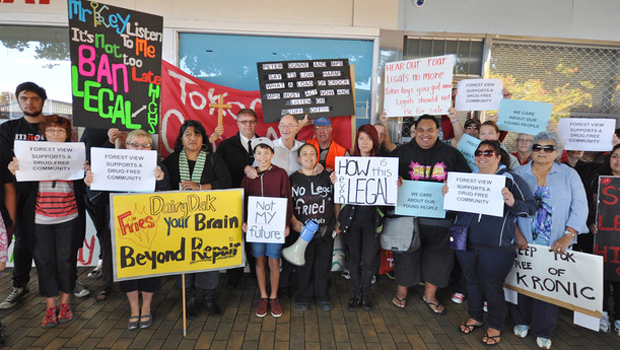 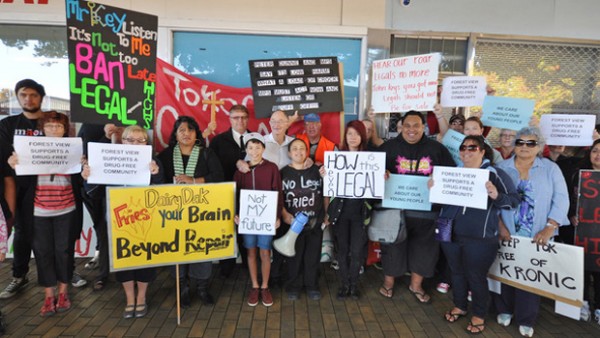 If there were a prize for political weasel of the year it would have to go to Minister of Self-Service Peter Dunne on the issue of legal highs.

When the heat came on from frustrated communities in low-income areas witnessing the destructive impact of these products the gutless little worm refused to ban legal highs and tried to pass responsibility on to local bodies with weak and ineffective legislation.

When mayors complained he loudly castigated them again and again for being slow to use the popgun powers he’d given them as Associate Health Minister. He told us he was quite frankly getting sick and tired of their winging and they should just get on with the job. It was classic Pontius Pilate – wash your hands and depart the scene.

However after weeks of mounting community anger, marches and pickets of local shops and the revelation that Dunne’s son is a lawyer working for the legal high industry the worm turned and was Dunne was forced act for his own self-preservation. He will have legislation to ban legal highs before parliament next week.

This is a victory for community action around the country.

Legal highs are targeted particularly at low-income communities. It’s the same with the other “parasites on poverty” such as pokie venues, cheap booze outlets, loan sharks, and fast-food joints. We don’t find them on every street corner in Remuera, Karori or Fendalton. Instead they propagate in areas like South Auckland, Porirua and Aranui.

We all know this ban is not the whole answer to the huge problems dealing with legal and illegal drug use in the community but it shows what can be done when communities campaign against these “parasites on poverty” which they see destroying young lives before their eyes.
When Dunne announces his ban in parliament next week he needs to also announce greatly improved services for the many additional drug addicts he has helped create through his failure to act decisively at the request of communities.