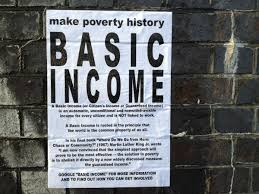 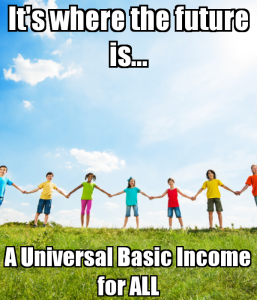 The Mana movement’s support of the idea of a universal basic income is a welcome development. It could become one of the litmus issues that define the party and prove extremely popular.

If Mana are in a position to do so, they should demand that the concept be explored in a commission on tax and welfare to be established by the incoming Labour/Green government. The Green Party is also a supporter in principle for the idea.

The mechanics of a UBI are actually quite simple.

We would abolish WINZ and the giant bureaucracy it administers.

We would eliminate working for families and most welfare benefits.

Most of you think that such an idea is madness and it couldn’t be afforded.

However it could be done today at a level of about $200 (with an additional universal child benefit) without any significant increase in income tax and in fact a cdxecrease for most.

Currently those earning above $70,000 pay a tax of 33% on that additional income. If everyone payed at least that rate on all their income – and received a UBI of $200 – then the actual income tax paid by any one individual would be the same or less than they do now for everyone earning up to about $70,000 a year.

I believe a higher level of UBI is possible once we close all loopholes for the rich and tax ALL their income. This should include capital gains and dividend income being taxed at at least the 33% rate. We would also need some additional income from new taxes on the accumulated wealth and property of those who haven’t paid their fair share for decades. Overseas owners of land and property and other busineses who claim no income or profit should be taxed as well. A company tax rate of 33% would be enforced also.

Once we do that I believe we could actually afford to pay all tax resident New Zealanders aged 18 an over an income of say $300 a week with additional supplements of $100 weekly for children. It could then be merged with the existing UBI that applies to those aged 65 or over called national superannuation. Unlike with National Super there is no need to tax the UBI.

At that level people could choose to study or be creative artists or work 20 hours a week rather than 60.

I was at first a bit dubious about this proposal from the viewpoint of a unionist and a socialist. I feared it may lead to a situation where “Jobs for All” was no longer seen as a right to be fought for.

But I now believe that receiving a UBI would be a powerful lever for working people to resist exploitation. They could tell the abusive boss to shove it. They could hold out more easily during a strike or lock out for better conditions or pay.

It would strengthen the working class.

It would also be a powerful lever against poverty, inequality, racism and sexism. No one could be demonised and marginalised for exercising their right as a citizen. We could end the absurdity of wage rises having no effect because of reductions in working for families. We could eliminate the the vindictive 100% taxes for those on unemployment benefits earning above a minimal extra income.

The benefits would be enormous. It is an alternative that is at least worth exploring.