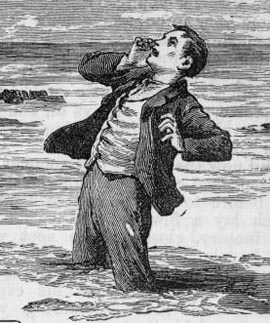 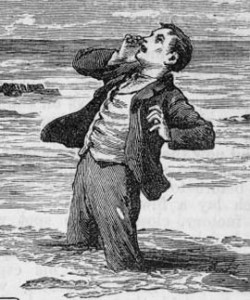 THE LATEST ROY MORGAN POLL has Labour on 28.5 percent (down 3.5 percent) and the Greens on 11.5 percent (down 1.5 percent). At 40 percent, the combined vote of the two main centre-left parties has fallen 5 percentage points since Roy Morgan’s previous survey in late March. Roy Morgan has long been the Left’s favourite polling agency: a source of good news when the Colmar-Brunton, Reid Research and Ipsos agencies could offer nothing but ill-tidings. That “our poll” has begun to deliver ill-tidings of its own is bad news indeed.

Chief among the causes of this worrying decline must surely be the political antagonisms currently dividing Labour and the Greens. David Cunliffe’s decision to spurn the Green Party’s offer of an explicit pre-election coalition agreement, itself a reaction to internal Labour Party polling data, has clearly not been enthusiastically received by centre-left voters.

The other cause of Labour’s 3.5 percent decline in popular support can only be the its leader’s ham-fisted response to the visit of the Duke and Duchess of Cambridge. Justified or not, the public perceived Cunliffe to be whingeing about the amount of face-time he had been allocated with the Royal Couple. New Zealanders are notoriously unsympathetic to “whingers” and they undoubtedly mentally piled Cunliffe’s comments upon all the other ill-considered statements he has made since January.

In both cases the quality most conspicuously lacking in the Leader of the Opposition’s decisions was courage. Regardless of whether Russel Norman’s motives in offering to campaign for a “Labour/Greens Government” were well-intentioned or darkly Machiavellian, it is now pretty clear that the smart move would have been for Labour to seize the offer with both hands.

Both Cunliffe the politician, and Labour the party, are in desperate need of action which marks a new and bold beginning. A deed which draws a line under the fumbles and grumbles of the past five years and lets the electorate know in the clearest possible terms that a vote for Labour/Green is a vote for something new and challenging.

Clasping hands with the Greens would have been one such deed and the timing could hardly have been better. Norman’s offer must have been made shortly before, or coinciding with, the release of the IPPC’s latest report on Climate Change. Did nobody in Labour’s much-vaunted “War Room” consider, even for a moment, the powerful symbolic effect of Cunliffe and Norman jointly announcing their common commitment to meeting the greatest threat to human survival in 10,000 years?

The presence of the royal couple presented Labour with another opportunity for snatching the political advantage from National’s grasp. Far from complaining about the amount of face-time he had been scheduled with Wills and Kate, Cunliffe could have delivered a speech in which he announced (alongside Norman and Metiria Turei?) the Labour/Green Government’s decision to hold a referendum on whether or not New Zealand should become a republic. More than that, he could have announced that should the answer be “Yes”, the Labour/Green Government would bring into existence a constituent assembly charged with drawing up a new, republican, constitution for New Zealand.

Both of these options would have allowed Labour to place itself at the head of a movement for radical change. Just as it did in the 1980s, Labour could have re-written the political rule-book and set the political agenda for a whole generation. In both cases the primary appeal of the policies would be to younger voters who, if history is any guide, could have taught their parents well about the urgency and desirability of embracing Labour’s changes.

But, as we all know – and as the Roy Morgan Poll now attests – Cunliffe and his “Leadership Group” did neither of those things. The chance to break out of the ever-diminishing political space into which Labour is being squeezed was allowed to pass.

And what did they offer New Zealand instead? A “cluster-truck” (hat-tip Te Radar) masquerading as coherent transport policy. So risible was this effort that the Transport Minister, Gerry Brownlee, initially thought that journalists seeking his response were pulling his leg. Hastily devised and driven by the basest populist instincts, the only response Labour’s pre-Easter announcement on trucks, trailers and caravans succeeded in eliciting in any quantity was incredulous laughter.

And sorely needed. Because, if that David Cunliffe is not found – and soon – the pallid and oh-so-timid fellow currently masquerading as the leader of the Opposition is going to lose the election. Not just for Labour, the Greens and Mana, but for every other New Zealander seeking a radical change in their country’s direction.

Somehow Cunliffe must find, within himself, the ability to do what Abraham Lincoln did as he rode the train to Gettysburg on 19 November 1864. From somewhere deep in his political soul Lincoln found the words with which to infuse not only the Union cause but the whole idea of American democracy with a new sense of dignity, energy and purpose, and to rededicate its citizens to achieving those grand revolutionary impulses that had given the American Republic its birth.

Cunliffe must ask himself four fundamental questions: “Why am I doing this? Why is Labour doing this? What is it that we want New Zealand to become? And why should New Zealanders join with us to make it happen?

And then he must answer them.