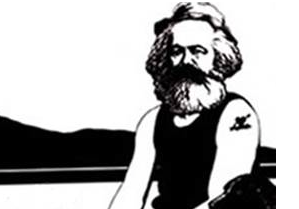 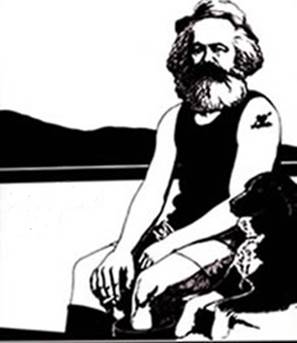 UTTER ASTONISHMENT. That was my first reaction to the news that Labour would not be campaigning for a “Labour/Greens government”. As someone who chronicled closely the fortunes of the Alliance, the eventual announcement of a Red-Green coalition had seemed a no-brainer. I was there when Helen Clark and Michael Cullen arrived at the 1998 Alliance Conference. I remember the deafening cheers that greeted Jim Anderton’s resolution that Alliance and Labour become coalition partners. I knew right then that National’s fate was sealed – and most of the subsequent polls agreed.

Not long ago the Greens came to Labour with a very similar invitation. According to Gordon Campbell (who, as a former Green staffer, ought to know):

“The two parties would have agreed (a) to campaign together and (b) to brand themselves as a future Labour/Greens government. The proposal also (c) sought agreement that Cabinet posts would proportionately reflect the number of seats won by each of the partners. (Presumably, this arithmetic would have applied to any other coalition partners as well.) Lastly, the invitation (d) sought a common strategy on how to work together with New Zealand First.”

On the face of it, this seems an entirely reasonable proposition. Labour’s historically low polling (30-33 percent) indicates the inevitability of a coalition government and, as the country’s third largest party, such a coalition could hardly fail to include the Greens. Why not acknowledge the reality of this situation by openly campaigning for a Labour/Greens government? As the Greens co-leader, Russel Norman told Morning Report (on 10/4/14) such an arrangement would, at the very least, make for a better informed electorate.

And yet, Labour has clearly made a strategic decision to reject the Greens’ proposition and campaign instead for a “Labour-led government”.

The answer, I believe, is to be found in the voters Labour’s campaign strategists (most particularly the political scientist and polling specialist, Rob Salmond) have identified as the primary target of Labour’s election campaign. These are not the legendary “missing million” who declined to cast a ballot three years ago, but a much more manageable group of around 300,000 men and women who have voted for Labour in the past (2005, 2008) but who, for a whole host of reasons, sat out the General Election of 2011.

Salmond’s argument is that these voters can be readily “re-activated” if Labour presents them with a plausible pitch for their support. The key-word there is “plausible”, and outside Labour-held electorates in the main centres there is every reason to believe that the phrase “Labour/Greens government” does not pass the plausibility test.

The evidence for this comes, paradoxically, from the National Party. Simon Bridges’ ridiculous comments about the 50-odd mining permits issued on Russel Norman’s watch is only the most extreme example of what is obviously an agreed Government strategy to conflate Labour and the Greens into a single, politically extreme, electoral bogeyman. David Farrar’s polls and Crosby-Textor’s focus-groups have clearly thrown up a powerful negative reaction to the idea of Labour joining forces with the Greens. So much so that National is doing everything within its power to imbed the idea deep in the electorate’s psyche.

And, if National’s voter research is picking up this negative anti-Green vibe, how long can it be before Labour’s own pollster, UMR, and its focus-group convenors start detecting similar sentiments in their own samplings? And if they do, is it really credible to suggest that Labour should simply ignore them? If the party’s whole electoral strategy is based on persuading those 300,000 former Labour voters to return to the fold, and the Labour/Greens proposition is going to make that less likely, then what possible motive would Labour have for accepting the Greens’ invitation?

It’s not even as if the Greens have fought Labour to a standstill – as the Alliance had done, repeatedly, by 1998. In May of that year, in the Taranaki-King Country by-election, Matt McCarten’s relentless and highly creative Alliance campaign had split the left vote nearly in half. The Labour candidate polled 17.53 percent and the Alliance candidate 15.46 percent. Clearly, while the rift on the centre left continued, the chances of it winning the 1999 election were slim.

Helen Clark’s acceptance of Jim Anderton’s invitation to the Alliance Conference in August 1998 was not born of Christian charity. The bitter struggle between Labour and the Alliance for control of the centre-left vote had seen support for both parties plummet in the 1996 general election. After the debacle of the Taranaki-King Country by-election, Clark had reluctantly come to the conclusion that since Labour couldn’t beat the Alliance it would have to agree to join them.

David Cunliffe is under no such pressure. Far from forcing Labour to the negotiating table, the Greens are relying upon nothing more than arithmetic to clinch the case for a Red-Green coalition. The Greens’ problem is that arithmetic is telling Labour that Red + Green = not enough.

Even after combining their separate Party Votes, Labour’s and the Greens’ support falls well short of the 48-49 percent required to be confident of winning a majority of seats in the House of Representatives. Therefore, in order to become New Zealand’s next prime minister, Cunliffe is going to need the additional support of Winston Peters and NZ First – and if he spends the next five months campaigning for a “Labour/Greens government” that support may not be forthcoming.

The evidence for this is, once again, to be found in the behaviour of Labour’s political rivals.

Winston Peters and his NZ First advisers have been keeping their heads down of late, popping up every now and then only to further reinforce Winston’s claim to be the wise elder statesman of New Zealand – one who carries himself above the petty squabbles of his more callow and shallow colleagues.

All of which suggests that Winston, basing his analysis more upon gut feeling than expensive polling data, has set his sights on the same group of voters that Rob Salmond is targeting – Labour’s defectors of 2011. In the course of his below-the-radar campaigning in the small towns and shrinking cities of provincial New Zealand he would appear to have already formed a picture of the next great wave of NZ First supporters.

They’ll be former Labour voters, in work, but not necessarily on a wage or a salary. Many of them will be independent contractors, tradespersons and small business owners – which is to say highly motivated and strongly aspirational. Most will be 45 years-of-age and up and generationally hostile to the claims of big business, beneficiaries, Maori radicals, feminists, greenies, condescending intellectuals and politically-correct special pleaders. They’ll have a deeply ingrained, largely familial, aversion to the very notion of voting National, regard the Greens as dangerous extremists, and not be at all sure that Cunliffe is the real deal, or that Labour really has escaped the clutches of what one of their heroes, Damian O’Connor, famously identified as trade unionists and a “gaggle of gays”.

Over and over again Winston will have heard these alienated, former Labour voters tell him that: “If only Labour could be Labour – the party my parents voted for all their lives – the party I gave my first vote to back in the 70s – the party of Norman Kirk – the party that used to stand by and for ordinary Kiwis. That Labour I could vote for, but not this Labour.”

And what Winston will discern as he listens to these voters lamenting the loss of their Labour Party is an unstated but increasingly firm intention to vote for NZ First. That’s why the NZ First leader is telling anyone who  will listen that his party’s share of the Party Vote in 2014 will be considerably larger than its 2011 result. He is quietly confident that NZ First will supplant the Greens as the third largest party in Parliament.

Had David Cunliffe accepted the Greens’ invitation to campaign for a “Labour/Green government”, Winston Peter’s confidence would have hardened into certainty. By declining the Greens’ offer, Labour’s plans for reclaiming the support of a good proportion of the 300,000 voters it is targeting remain on track, and the possibility of negotiating effectively with a greatly enlarged NZ First caucus has not been unnecessarily foreclosed. (Wisely, in my opinion, because if the bulk of Winston’s new supporters are former Labour voters, which of the two major parties is he more likely to favour?)

And before the Left begins railing angrily about yet another Labour “betrayal” – consider this.

In 1998 (when the Alliance was pummelling Labour into submission, and Jenny Shipley was driving voters away from the National Party in droves) the New Zealand Study of Values Trust was in the middle of conducting its third survey of the attitudes and values of New Zealanders. One of the questions asked of respondents was: “In political matters, people talk of ‘the left’ and ‘the right’. How would you place your views on this scale, generally speaking?”

The Trust had asked New Zealanders the same question in 1989 (after five years of Rogernomics) and, significantly, the most telling result was exactly the same in both instances. Only 3.6 percent of New Zealanders identified themselves as “Left”.

Out of an enrolled voting population in 2011 of 3,070,847 that figure of 3.6 percent represents just 110,350 individuals. (That’s 43,192 fewer voters than the 153,542 voters required to crest the 5 percent MMP threshold.) By no means all of these voters would have cast a ballot, but of those who did the Greens and Mana would undoubtedly have claimed the lion’s share.

By way of comparison, the 1998 survey showed that 44.3 percent of the respondents considered themselves to be in the “Middle” of the Left/Right political spectrum. That figure represents 1,360,385 individual voters.

Only when the number of New Zealanders identifying themselves as “Left” climbs to 1.3 million, will general elections be all about left-wingers’ objectives, attitudes and values. But while the number of Kiwis identifying themselves as “Left” continues to languish well below the 5 percent MMP threshold, general elections will continue to be about everything but.