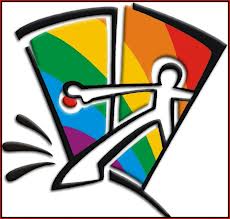 A few times recently I have been accused of being partisan. And yes, it was given as an accusation, as if Sherlock Holmes himself had caught me out being a lefty despite boasting of shares in coal, a pro-life stance and an RSS feed featuring the best of Kiwi Blog, Judith Collins and WhaleOil.

So let me come out of the non-existent closet.  I’m a lefty.

I am more about we than I.  Given the option, I’d choose a farm house with solar power over a penthouse apartment.  I support government ownership of key assets.  I want to see more trains and bike lanes.  I think the minimum wage should be higher. And yes, I believe in the merit of a good, free public education for all.

There, has that cleared it up?

And does it make me partisan?

Well it depends very much on which definition you mean.

Definition of partisan: ” ‘partisan’ has come to refer to an individual with a psychological identification with one or the other of the major parties” Source

Yes indeed,  if that is your meaning when you throw the term at me, then throw away. Clearly I do identify more with one or two parties than with others. Caught red handed.  Or green handed.

But given the tone and the manner in which the term ‘partisan’ is used , I suspect what enraged commentators are actually accusing me of is blindly supporting certain parties’ policies and a reluctance to compromise with any political opponents.  The implication is that I’d agree with anything Labour and the Greens say and boo hiss at anything National or ACT say.

To this I cry bullcrap.

If I am opposed to a National/ACT education policy, it is not because it came from National or ACT…

When the Ministry, under National, changed the rules so that students could more easily access special needs help for exams, I praised the move because it was a good one.  Whoever puts them forward, good policies get a huge cheer from me. Yay National on this one.

– Likewise, when there are two thousand submissions against charter schools and NACT forge ahead with them anyway, I call foul.

– When special schools like Salisbury are targeted for illegal closure, I call disgrace.

– When Christchurch communities are told they will be consulted regarding closures but are run over roughshod, I shout shame on you.

– When performance pay for teachers is mooted over and over again despite a mountain of evidence against it, I say crap.

– When the Teachers Council is replaced by EDUCANZ which will governed by Minister-appointed people and not one single teacher, I yell you have to be joking.

– When private schools are given huge cash injections despite there being available places for those students in nearby state schools, I cry crony capitalism.

– And when our most vulnerable students are suddenly at the whim of low funding and a poor wrap-around service, I just weep.

And I do mean weep.

In the end, I would rather stand up for what I believe in than watch our education system battered time and time again and just stand by.

So, if I seem too harsh on National, it’s not because I automatically rail against all that they do merely because they are blue.  I rail against this government because their policies are nearly always, to me, heinous.