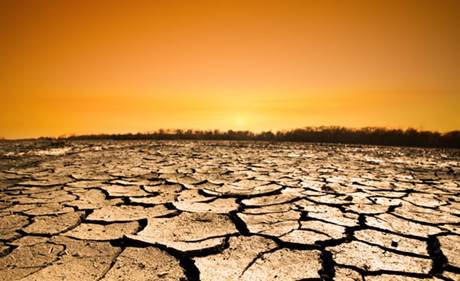 IT IS NOW CLEAR that the great powers are unwilling to take the steps necessary to prevent Anthropogenic Global Warming (AGW). In the leading capitalist states a consolidation of plutocratic political control has rendered meaningful public action impracticable. The scope for action on AGW in China remains uncertain. On the one hand, the Communist Party leadership regards the current economic model as crucial to the maintenance of social peace. On the other hand, the CP’s scientific advisers, unlike their colleagues in the West, still command a significant measure of credibility and respect. It is possible that a policy of radical adaptation to AGW may yet emerge from the People’s Republic.

Radical adaptation to AGW is, however, the best the peoples of the world can hope for, and they need to understand that its global application is unlikely to be pretty. With an average rise in global temperatures of 2C now more-or-less locked in, the ecological consequences in terms of human access to adequate food supplies and fresh water will, by mid-century, be generating massive social upheavals. Millions of climate change refugees will be on the move across the globe in search of sustenance. Few, if any, of their fellow human-beings will be willing or able to help them. With global food resources dwindling, charity will begin – and end – at home.

Just how drastic the situation is likely to become by the time today’s teenagers are in their 40s and 50s is spelt out with chilling clarity in yesterday’s (4/4/14) NZ Herald by the independent journalist and international columnist, Gwynne Dyer. In a column headed “World’s Grim Future – Warm and Hungry”,  Dyer cites a (long suppressed) study commissioned by the World Bank in 2007 to obtain a rough idea of the consequences for global food supplies of a 2C rise in average global temperatures.

“What the think-tanks told the World Bank”, says Dyer, “was that India would lose 25 per cent of its food production. China, I have been told by somebody who saw the Beijing think-tank’s report, would lose a catastrophic 38 per cent.”

The results of this study have never been published, says Dyer, “because the governments concerned did not want such alarming numbers out in public and were able to restrain the World Bank from releasing them.”

Dyer’s journalistic background is in the study and reporting of warfare. His response to the World Bank study’s findings is, therefore, akin to that of the military strategist. Working on the assumptions contained in the World Bank Study, and the predictions of a further study by the World Resources Institute (assuming a 3C rise by 2050) Dyer’s conclusions are bleak.

“If you want to go on eating regularly in a rapidly warming world”, says Dyer, “ live in a place that’s high in latitude or high in altitude.”

After detailing the huge swathes of the currently productive world in which crop yields will be drastically diminished – the Middle East, most of Africa and South America, North America (“except in Canada and a few US states along the Canadian border”) along with India, China, the whole of South-East Asia and Australia – Dyer lists the much smaller number of countries in which food production is likely to rise. These include Russia, Scandinavia, Germany, Poland – and us. Yes, according to Dyer and the World Resources Institute, food production in New Zealand will be “sharply up.”

But before we start congratulating ourselves, it is important to digest the true meaning of Dyers final paragraphs.

“But this is not a ‘mixed’ result, in the sense that it all works out about even. The total population of the countries where food production will be stable or higher in 2050 will be less than half a billion.

“At least 8.5 or 9 billion will live in countries where food production has fallen, sometimes very steeply. It will be a very hungry world.”

And a very dangerous one.

In geopolitical terms, the most likely mid-century combination will be a vast Eurasian Federation encompassing China, Russia, Poland, Scandinavia Germany and Northern France with the United Kingdom and Japan possibly tacked on as “unsinkable aircraft carriers” strategically positioned to defend the Eurasian landmass against attacks from across the Atlantic and Pacific.

Depending on how weakened the United States has become by 2050 (basically speaking, whether or not it still possesses a credible nuclear capability) it is possible that what remains of the United States in productive terms, plus Canada and Alaska, will be permitted to join the dominant Eurasian Federation.

As for the rest of humanity – all those currently living below 40o North and above about 35o South – well, they will be left to their own devices. Many, of course, will attempt to overturn what for hundreds-of-millions of their compatriots amounts to a sentence of death, by laying siege to the Eurasian Federation. If history is any guide they will not be successful. The Han Chinese have raised-up walls against importunate barbarians for millennia, and the record of Russians, Germans, British and Americans when acting in defence of the “White Race” is hardly encouraging.

And our fate? What shall become of New Zealand in a world grown mad with heat and hunger? How shall we defend our shores from millions of Australian climate change refugees? Let alone from the billions in Asia and Africa whose way to the still-fertile north is blocked and whose own afflicted territories can no longer feed them?

The first is that we could declare ourselves to be the world’s ark – offering a welcome to every sea-tossed soul who found his or her way to our shores. We could announce to the world that, here, in Aotearoa New Zealand, humanity would work out a way to live more lightly upon the earth; and a way to co-exist more peacefully and harmoniously with itself.

The second is that we could, once again, become the far-flung southern farm of a northern master. New Zealand could become the most highly valued colony of the Eurasian Federation, well-protected from climate-change refugees by the Federation’s ruthless navy and air-force. These latter, well-schooled in the grim business of sinking the boat people’s vessels and shooting down their packed airliners, would make sure that the “world’s best food” flowed freely to its northern markets, and that wealthy Eurasians continued to enjoy their expensive holiday homes and “remnant world” experiences untroubled by the wretched of the earth.

The second choice offers the better chance of survival (and, let’s face it, we’re half way there already!) but the New Zealand that endured would be very different from the country we live in today. We would have become the willing accomplices of a global crime of unspeakable cruelty.

Undoubtedly, a New Zealand which adopted the first option would be running the grave risk of being taken advantage of by its desperate and starving neighbours – some of whom, the Indonesians, for example – have a terrible record when it comes to the treatment of conquered peoples.

Somehow, though, it’s the choice I hope we do make. Open, welcoming, generous and always with our eyes on the prize of a better tomorrow. Because, having made it, even though it spelled our doom, we could meet our fate with our heads held high and, paraphrasing King Theoden in The Lord of the Rings, tell what is left of the world:

“We go to meet our tipuna. And even in their mighty company we shall not now be ashamed.”