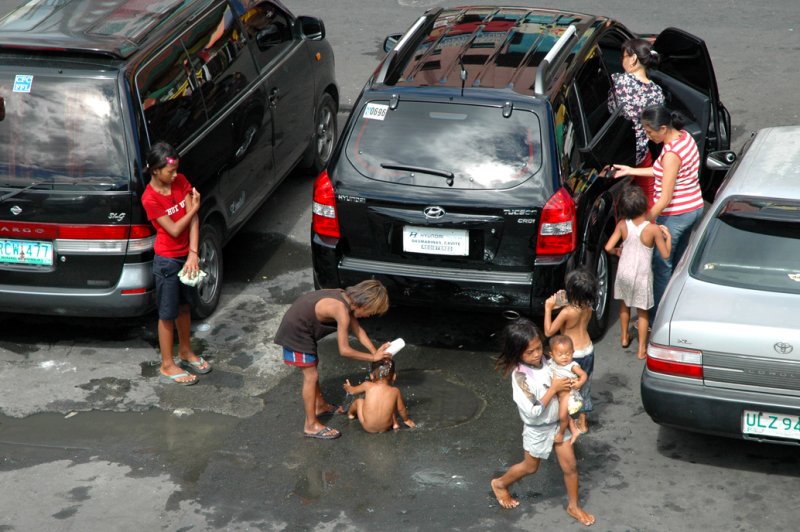 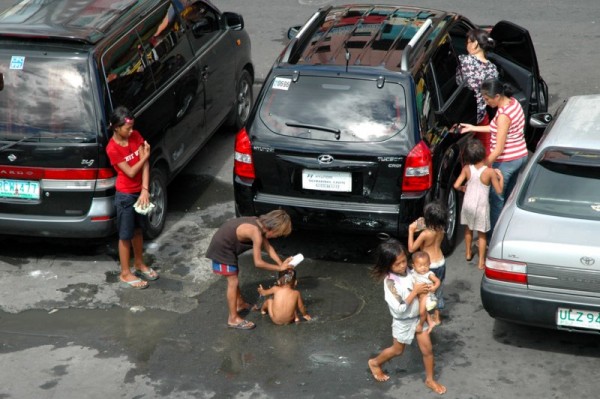 Will NZ inequality reach this point?

As the election approaches politicians, media pundits and bloggers opine about the country. Who will New Zealand vote for? What do we want from our leaders? Are New Zealanders grumpy or happy with their lot ? Is there a national mood for political change? These questions assume that all New Zealanders belong to one country.

This is only superficially true.

Similarly, the predictions of our chief economists and economic news reports assume that all New Zealanders belong to the same economy. Dig below the surface and a different reality emerges; that of two adjacent economies and two adjacent countries living worlds apart.

Allow me to explain.

The Dominion Post`s March 21 business feature, by James Weir, was headlined `Full steam ahead for growth BNZ says`. In the bank`s view the economy was in a `sweet spot` after growing 0.9 per cent in the December quarter. Recently released figures from Statistics NZ had indicated strong growth in manufacturing, construction, wholesale trade, the dairy sector and in household spending on consumer durables. On the same day a New Zealand Herald feature by Simon Collins was headlined `Global survey shows one in six Kiwis struggling for food`. A Gallup World Poll for 2011-12 had asked people in 160 countries `Have there been times in the last 12 months when you did not have enough money to buy food that you or your family needed?` In New Zealand, 17.2 per cent of respondents answered `yes` (from a sample of 1000). Comments from foodbank providers highlighted the issue. Auckland City Mission`s chief operating officer Jacki Richardson noted an increase in food parcel provision. Over the 2013 Christmas period, from Kaitaia to Thames, 2974 food parcels were supplied (compared to 2520 for Christmas 2012). The Salvation Army and the South Auckland Christian Foodbank all registered high demand. And, in Statistics NZ`s Annual Economic Survey for 2013, 14 per cent of respondents stated that they did not have sufficient food.

What explains these dire circumstances?

Simon Collins cited other research findings pointing to low wages and expensive housing. According to the research group Demographic, New Zealand`s median house price is eight times the median household income (compared to 3.5 the median income in the United States). These are telling statistics and they direct us to the underlying problem.

The economic upturn bypasses thousands upon thousands of New Zealanders, not by accident but by design. In James Weir`s Dominion Post article CTU economist Bill Rosenberg responded to evidence of the upturn as follows `We have yet to see the results in sharply falling unemployment and good wages growth`. In this assessment the word `yet` is quite misleading. In truth, good economic results will never translate into `sharply falling` unemployment and higher wages. Under neo-liberalism capitalist growth necessarily requires large pools of unemployed workers and zero real wage growth. New Zealand has two economies. The official economy, which pervades the mass media and netspace, is promoted by advertising. Consumer durables, saleable homes, well resourced schools, University, professional careers and disposable income to be spent on fashion, music, sport, holidays. The official economy contains hierarchies of course, but these not closely examined. Meanwhile, there exists an underground economy of beneficiaries, poorly paid workers and various entrepeneurs involved in illegal drugs, prostitution and burglary. This is the domain of local-regional gangs and organised crime with transnational connections.

These two economies and the social worlds attached to them are not equally recognised.

From a right perspective only one economy exists. In James Weir`s article Finance Minister Bill English declares that `Providing we stick with the Government`s successful programme, New Zealanders can lock in the economic gains we`re starting to see through more jobs and higher incomes`. The only `New Zealanders` being addressed here are those who belong to the official economy. Everybody else can be divided into the deserving and the undeserving poor. The latter group are demonised as criminal, indolent and parasitical on the official economy (as represented by `the taxpayer`). The former group are defined by their commitment to individual aspiration rather than collective action. Work hard, save hard, get your children into a higher decile school and material reward will follow.

So, what then are the political consequences of all this as the election approaches? Well, wealthy elites from the official economy and their representatives in the National Government, would like things to stay as they are. Poverty must be depoliticised as an individual or social condition which people can pull themselves out of. Those outside the official economy should have no collective voice or political grouping to represent them. Indeed, it would be preferable if such people did not cast a ballot. This would allow National to obtain a higher percentage of the national vote. Getting over the magic 50 per cent threshold may be difficult, but a low turnout would certainly ensure that Labour and the Greens cannot form a government by themselves.

For unions, social justice- anti-poverty activists, and associated community groups within Mana, the Labour left and the Greens the situation looks like this. Those from the underground economy must be inspired to act collectively with political purpose at local level, and to vote as a bloc at election time for radically reformist social democratic policies.

There is another loose political grouping with quite different views. Labour`s political right want to help the poor without alleviating their structural position. The Labour right macroeconomic belief system is not a lot different from Nationals. These people are really an alternative political establishment. The mentality is, just be patient and the cycle of governmental succession will turn in our favour.

After John Key, National won`t look nearly so invincible, several of their ministers have already shown themselves as condescending, inept and/or accident prone. Our time will come, preferably without the Greens as an exclusive coalition partner. But if this scenario plays out, in 2014 or 2017, it will not address the underlying situation described here.

Our tale of two countries has many chapters to come.