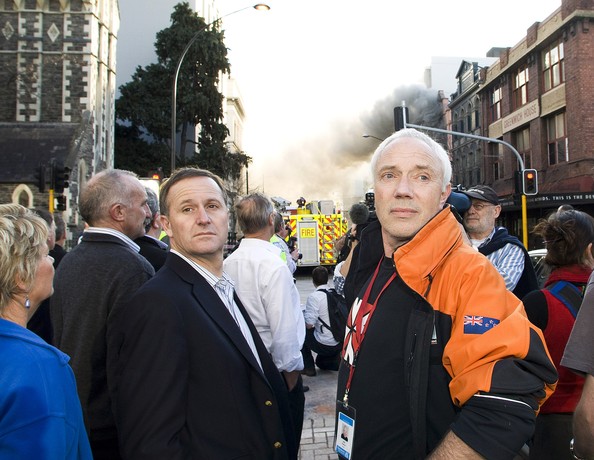 That is the promise John Key made to the people of Christchurch 23 February 2011 – the day after the February earthquake.

But from Cashmere to Bexley, Sumner to St Albans, Lyttelton to Mairehau – the National government has left many people to walk alone – to fight EQC and insurance companies alone every step of the way.

Three years on from the earthquakes many people can’t move on with their lives because of EQC and insurance delays and multiple and contradictory assessments.

Labour has been working to bring to light cases such as that of 85-year-old Dot Boyd, who had been waiting three years for repairs on her Aranui Home.  Because of the attention surrounding her case, a solution has been found for Dot—but EQC has now confirmed there are at least 85 elderly people considered to be “vulnerable” suffering the same plight.

And we have just found out that while the vulnerable are still waiting for answers after more than 3 ½ years, there is a VIP list of high profile journalists, television personalities, and sports stars.  As Clayton Cosgrove has said, “every person affected by the earthquakes should be treated as a VIP and priority status should be given to the most vulnerable, like 85-year-old Dot Boyd”.

Of major concern is those who are, or should be, on the vulnerable list and the fact that they are still waiting after all this time and quite possibly in substandard housing. By the time of the election these people will have been through their fourth winter in these conditions. That is completely unacceptable.

Recently 84-year-old Margaret McGovern said “I think they are waiting for us to die”.

Even those quake/insurance victims who have their own difficulties have told me they would support the most vulnerable, like Dot, having their issues given priority.

Now, while areas like the Flockton Basin flood again (the seventh time since the quakes for many), the government has left residents there, too, to walk or wade alone.

Engineers identified that the earthquakes have caused the streams to narrow and silt up, and widespread land settlement (land has dropped 0.2-0.6 metres) that has made flood vulnerable areas more at risk.  This is not a new development, either – geotechnical reports had acknowledged this after the September 2010 earthquakes.

Yet last week, National claimed to be unsure whether the earthquakes worsened the flooding risk.

“We’ve asked that question and we haven’t yet got that definitive answer, that’s why I’m being cautious,” Gerry Brownlee said.

National has had over three years to get it right– but they haven’t come close.

NB: I am keen to tell some of the untold stories of Christchurch.  Feel free to contact me if there is an important earthquake or Christchurch story that ought to be told.