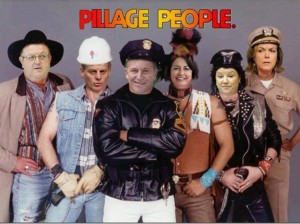 This phrase seems to have been surprisingly absent from the Government lexicon since National’s election in 2008. Also gone is the Minister for Regional Development – a role created by the last Labour Government which was much appreciated up and down provincial New Zealand regardless of political stripe.

Regional economic development is crucial to our success as a country. We are hugely reliant on export commodity products produced in the regions of New Zealand. And while food production will remain a major contributor to our economy, it is crucial that we take regional economic development seriously, and diversify by supporting other industries such as tourism, manufacturing, and forestry.

We need economic and environmentally sustainable jobs in provincial New Zealand that provide a range of employment opportunities across all skill levels. Jobs that attract young families to fill our local schools; opportunities that ensure decent household incomes to sustain our shops, restaurants, cafes, sport and entertainment facilities; adequate employment opportunities to stabilise regional populations and guarantee on-going provision of local health and social services. In provincial New Zealand many of these amenities, which are a given in our large cities, feel increasingly precarious.

This means attracting industry to New Zealand regions that need it most.

But when it comes to National’s economic development agenda, with the exception of Christchurch, it really does feel like this Government thinks New Zealand ends at the Bombay Hills.

There are so many opportunities for growth, investment and innovation in our regions, and increasing frustration at the current Government’s refusal to engage. So far their only plan for regional New Zealand has been accelerating oil and gas exploration. As well as the genuine environmental concerns it is high risk for the Government to place all their economic eggs in this one basket. In the provinces we think we deserve a plan B.

That’s why I was so pleased to hear David Cunliffe announce last week that the regions will play a major role in Labour’s planned economic upgrade.

“It is time that central government stopped treating regional and local government (and their economic development agencies) as second class citizens.

Sustainable economic development means jointly developing one vision, one strategy and one engagement structure for each region.

That means simplifying the governance structures and no wrong door for businesses and communities wanting to engage in building a better future.

It means enhanced coordination and prioritisation of Crown investments, with a focus on transformative projects executed within a strong strategic framework.”

One of the bottlenecks in regional economies is the ability to fund core infrastructure projects which are often at the heart of the “transformative projects” David mentions above.

One such example is the Opotiki Aquaculture project.

From being a bustling, economically vibrant settlement in the 1880s through to the 1960s, Opotiki now has the highest level of deprivation on the New Zealand Deprivation Index, a high level of benefit dependency and a high proportion of unemployed and residents of working age not in the workforce.

So the local Mayor and council, in partnership with iwi, decided to do something about it. and together developed the Opotiki aquaculture and harbour development plan to create a platform for sustainable economic growth in the District by creating new jobs (2011 research estimated more than 440 full-time jobs), adding more than $34 million a year to the District’s economy, and substantially increasing average household incomes.

Over ten years they have systematically developed their business case. The one thing holding them back is the cost of redeveloping the Opotiki Harbour entrance.

The new marine farm’s servicing and processing activities are planned for Ōpōtiki. However, this will only work if vessels have reliable access to the Harbour which is currently restricted to smaller vessels under favourable weather and tidal conditions. The proposed harbour project will create a harbour entrance that will be navigable almost every day of the year and already the Bay of Plenty Regional Council has chipped in funding of $18million over two years to assist the development.

However they need a similar sized contribution from Central Government for the project to go ahead. Given the savings to Central Government in income and housing support, as well as the broader benefits of higher incomes and the positive social impact of secure employment, this project is a potential game changer for Opotiki and as such is worthy of consideration for Central Government support.

“There is no set template for regional growth. But disengagement achieves nothing. We must work together and ensure all our industries are humming.”

That’s all the provinces are asking for – a Government not afraid to say those three little words, which are so critical to our future well-being, and mean them.