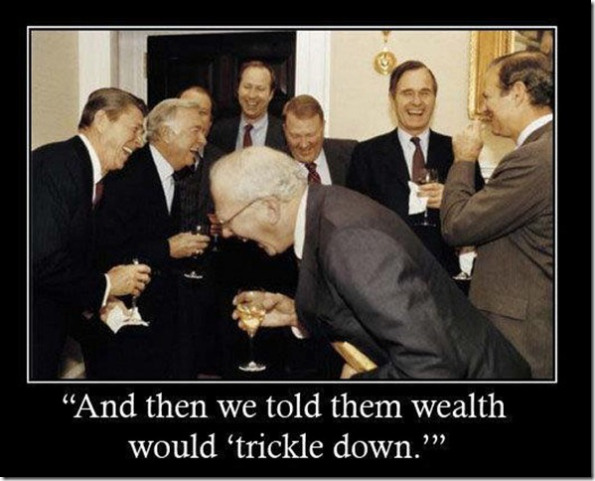 I was speaking to a group this weekend on behalf of Mana when I was asked 2 questions: why is it New Zealanders don’t seem to care that we live in a dreadfully unequal country and why did I think John Key seems so unreasonably popular.

These issues are of course linked and I don’t claim to have all the answers but two things seem clear. Firstly most New Zealanders care deeply about inequality which usually features near the top in opinion poll surveys asking people to list the most important issues facing the country.

Secondly, as to why John Key remains so popular, my response was that the issue is not so much that Key remains popular but that Labour has not given us any reason to think they are more than a paler shade of National blue.

David Cunliffe’s election to Labour leader has unfortunately changed very little. Despite the belief Cunliffe would move the party to the left the most significant policy announcements he has made so far has been to say Labour will no longer push for the removal of GST from fresh fruit and vegetables and will not support the first $5,000 of income being tax free.

Both these policies Labour campaigned on in the last election and while neither were radical – simply tinkering with economic policy settings – at least they were progressive and would have brought some small relief to low-income families who typically pay a higher proportion of their income in tax, particularly GST, than any rich lister you could name.

Cunliffe says there are better ways of helping struggling families but it’s hard to have any confidence we will see bold policies to make a significant difference for low and middle-income families.

So why is there no vision for a more equal society and, more importantly, no policy programme to turn from vision to reality? Why is it just more rhetoric without any substance?

The brutal truth is that Labour is being held back by a sea-anchor of MPs from the 1980s who are fiercely resistant to any challenge to the rule of the markets. They built their political careers on the back of rogernomics and they know no other way.

The worst three are Roskill MP Phil Goff (he brought us GST at 10% then 12.5%, introduced huge student fees for tertiary education and he’s a staunch TPPA supporter), Hutt South MP Trevor Mallard (he closed schools, closed more schools and then punched National MP Tau Henare – we can forgive him the latter but not the former) and Rongotai MP Annette King (loyal supporter of neoliberalism for 25 years).

They are supported by others in the old conservative guard such as Labour’s unguided missile Shane Jones.

Each of these MPs sit in safe seats or are high enough up the party list to ensure they retain their seats and their stranglehold on Labour moving to the left. They should all switch sides to National or ACT and be done with it.

Labour’s biggest challenge is to get rid of this corporate-loving deadwood from its caucus.

Until then any move to the left will be stymied.